At just 23 Ian O’Reilly was given the job as Gaucho Group Bar Manager and today he talks to I Love Manchester about his dedication to Gaucho, passion for cocktails and most importantly his excitement and vision for new nightlife spot, The Bar at Gaucho, Manchester.

“Manchester’s bar scene is electric and
we can’t wait to be part of it!”

What first sparked your interest in working in bars?

Well, I started working in bars when I was 16 in a small restaurant in Cornwall. I worked for a bar manager at the time that I honestly thought didn’t really have a clue what he was doing. This frustrated me and after implementing a few ideas of my own I ended up running the bar. I did this whilst balancing other passions and obligatory school work, but always looked forward to going to work as I felt I was learning so much about hospitality, even in a tiny restaurant in Cornwall.

I suppose what really got me hooked was when I was 19 I moved to Sweden on a rugby scholarship and to support myself I took a job in a nightclub. The buzz of the night life scene there meant that I again couldn’t wait to get to work and I suppose that enthusiasm paid off as in three months I became bar manager.

Actually a friend working at Gaucho recommended me and I was offered a trial shift at Gaucho O2. It didn’t take long to realise that with the right work ethic and attitude Gaucho was a place with no limits in terms of progression if you were prepared to put in the work and I was! After 9 months I became head bartender and elected to move to different restaurant location. My general manager and I managed to build a fantastic culture within the bar and soon I was asked to go to Dubai for four months to open up a bar out there for Gaucho. This was an incredible learning curve and one of the most exciting things I’ve had the privilege of doing. 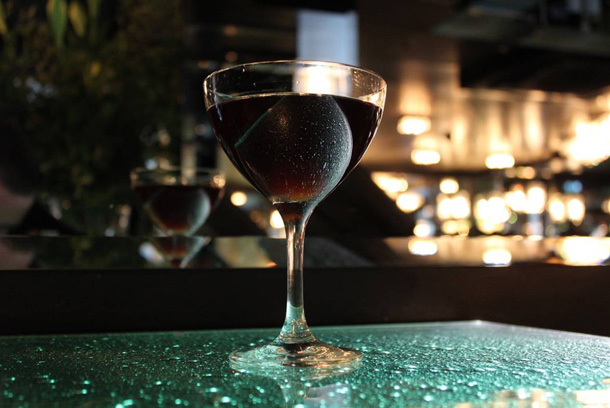 Once back from Dubai I was tasked with looking after all the bars within the Gaucho Group. There aren’t many companies who offer such responsibility to young staff, but Gaucho seems to have an eye for spotting and backing enthusiastic and (even though I say it myself!) talented individuals. I felt and still feel proud of telling people that I work for Gaucho as it has such a great reputation in the food and drink world.

What do you feel you’ve achieved at Gaucho?

Gaucho has always had and continues to develop its amazing wine offering, as well as supporting this I have also focussed on developing the cocktail and beer offering. Our cocktail list now includes perfected classics as well as some brilliant Argentine inspired creations. I am passionate about high quality alcohol and have really pushed to get some of the best spirits on to the shelves of our bars and restaurants. In addition, I have recently been lucky enough to create a beer exclusively for Gaucho, called Rubia Pilsener. It’s got an amazing refreshing smoothness and drinking my own creation at a Gaucho bar feels pretty amazing. Most importantly, I have tried to ensure a real focus on making the bars destinations in themselves, which is exactly what we’re doing with The Bar at Gaucho, Manchester. Manchester is really going to put us on the map as being a destination for great drinks.

How are you feeling ahead of the launch of The Bar at Gaucho, Manchester?

I am probably to most excited I’ve been since working with Gaucho, perhaps even more so than Dubai. Manchester is now the pioneer city of drinking and dining, beyond London (and some might argue that they do it better in some respects!). I really feel our bar offers a relaxing atmosphere mid-week to enjoy high quality service and drinks, whilst providing the buzzy nightlife experience people want on a weekend; with a great DJ stand and sound system and highly knowledgeable bar tenders, this should be a real destination. Manchester bar culture is electric and we can’t wait to be part of it!

So, what should we be drinking at The Bar at Gaucho?

Well, it depends what kind of night you would like! It goes without saying that you’ll get incredible Argentine Malbec wine in any Gaucho establishment, but that’s not all. Our own beer is definitely worth a try and if you’re looking for something a little stronger, one of my favourite cocktails to make and drink is the Del Inferno. It’s a bit of a danger drink with vodka, Aperol, Campari, White Vermouth and Grand Marnier – finished with a flaming lemon zest. This the ultimate take on Martini – balancing sweetness with pure punch.

The Bar at Gaucho, Manchester opens to the public on Friday 24th April at 12pm.