Amidst the boom in Manchester’s dining over the last few years, few places have garnered the amount of pre-emptive attention as El Gato Negro, even months before it’s due to open in February, says Mark Jorgensen.

It’s not surprising really. Much like Hawksmoor before it, the award-winning El Gato Negro is swaggering into town with a enviable pedigree and reputation.

“…everything points toward another absolute banger on the city’s vast list of places you  should be meaning to go to in 2016.”

With Simon Shaw as chef patron and ex-Savoy Phil Bennett at the helm as GM, everything points toward another absolute banger on the city’s vast list of places you should be meaning to go to.

As it happens, I used to live with Phil’s brother. Following a shameless threat to release a series of horrific old photographs into the public domain, he agreed to meet me so I could find out more about the new restaurant.

The first point of discussion was the challenge of planning and opening a high profile restaurant in what is a transient and rapidly-evolving city. These days, even a 2 week absence from a certain part of town can leave you feeling a like you’ve jumped into a Goodnight Sweetheart-esque portal to another, unrecognisable time. Minus the Lyndhurst.

Undoubtedly great for us consumers/gannets though it may be, it makes the planning necessities that bit more crucial.

“The launch has moved back from our original plan of autumn. We’ve made a very conscious decision that it’s important we don’t rush for the sake of it. We want to launch at the right time and make sure everything is as it needs to be in order to create the venue we want.”

The building itself massively feeds into that. Transforming a King Street/South King Street heritage building dating back several centuries into a single three storey bar and restaurant, complete with a retractable roof has, understandably, been delicate work and not a job to rush.

The three distinct floors will consist of a charcuterie (a place for cheese and cooked meats, which I knew without googling, honest), a dining area complete with open plan kitchen, and a top floor cocktail bar. It will be a venue purposely designed to create an atmosphere for all the great bits of contemporary Spanish eating and drinking. 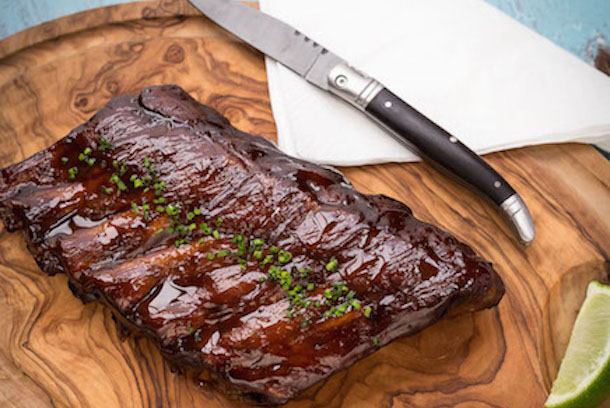 With drinks and nibbles at the bottom, main food in the middle and cocktails at the summit, it sounds to me like a great night out in the progressive guise of a boozy/foody-themed 1990s platform computer game.

Drinks-wise, Garry Foy (Elixir) is developing a Spanish-inspired menu which, looking at the sneak peak photos I’m not allowed to release, will certainly bring inimitable character to what could otherwise be a functionally safe, restaurant cocktail offering. I liked them from the pictures, which is a signal in itself.

Cocktails aside, the rest of the booze menu will be the best of all things Spanish. Spanish gin. Spanish rum. Spanish wine. The ice is even going to be flown in every day from a sacred freezer bag in the Catalonian heartland. Maybe not the last bit, but you get the gist.

Onto the food. Despite having been sashaying around the swankier parts of fancy bits of that London for the last few years, Phil enthusiastically lauded the menu preparation from Simon as “genuinely the best food tastings I’ve ever been to.” 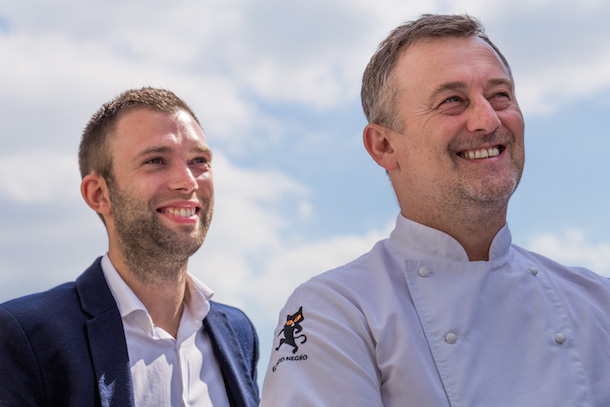 One primary feature will be the Josper grill (fancy charcoal oven to my fellow philistines), which will command its own section of the menu as a development of Shaw’s previous stint at his Ripponden venue.

Knowing where Phil was in the London standings, I asked what it was that tempted him back up to Manchester after eight years: “I’ve always loved Manchester but the change is amazing. When I left it felt like we were just putting fruit in cocktails, and to see the level the city is at now and the opportunity to bring such a strong brand into Manchester was a no brainer.

“I had a great time in London, but the sense of a scene in Manchester is really unique. I’ve been in touch with and met so many of the people at what might be considered ‘rival’ venues who have been really supportive, and that creates such a positive environment.

“Our main objective is to bring great food, great drinks and, ultimately great fun, and there is nowhere better for that than Manchester”.

Touché. I can confirm the photos of you have been incinerated as agreed.