“We have been receiving a shocking and unprecedented number of calls from dog owners asking us to take in their dogs because they feel they won’t be able to see them through this crisis,” says Owen Sharp, CEO of Dogs Trust.

In recent months, the UK’s leading dog welfare charity, which has a rehoming centre in Manchester, has received a record number of calls from desperate people asking it to take in their dogs.

“Over the last month, we received on average 17 handover calls an hour from desperate owners feeling they’ve run out of options,” continued Owen.

“Combine this with the fact that 68% of people in the North West told us, in our new cost of living poll, that they wouldn’t be prepared to take on a dog right now, and it’s clear to see we’re about to have a serious animal welfare issue on our hands.”

August surpassed its previous record for the most enquiries in a single month, with almost 5,000 (4,993) owners enquiring about its handover service – a 14% increase on July this year, and a 26% increase from August 2021. 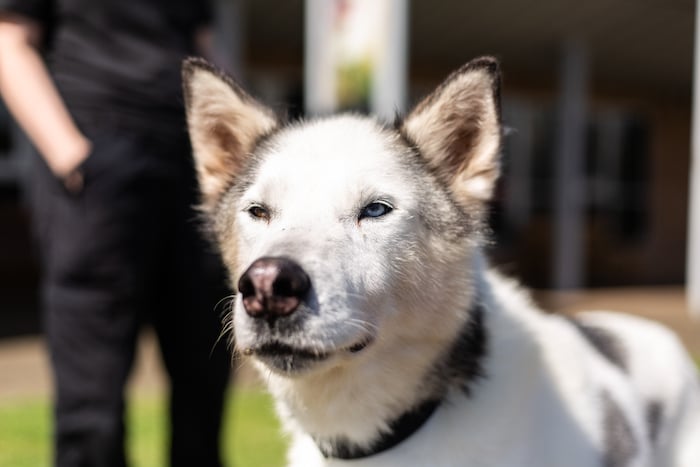 The number of people having to give up their dogs is placed in context by Dogs Trust’s September poll of the UK’s dog owners, run by YouGov. This month’s poll shows that 48% of respondents in the North West thought they would find it more difficult to give their dog all they needed, compared to before the cost of living crisis began.

Vet bills continued to cause the most worry; 53% of North West dog owners said vet bills were currently their biggest financial canine concern for the coming year. 19% of respondents were most worried about the cost of dog food, while 12% named insurance as their lead worry.

Meanwhile, when non-dog owners were asked, as part of the September poll, whether the rising cost of living would prevent them from adopting or buying a dog, more than 6 out of ten (68%) said it would.

Could you foster a dog?

As the nation faces its worst financial crisis in decades, Dogs Trust is urgently seeking help for the dogs who will feel the impact. The charity is calling out, in particular, to people with space in their homes and hearts for dogs that are more difficult to find forever homes for, such as big dogs, un-housetrained dogs, and dogs with challenging behaviour. If you think you can offer a dog in need a temporary home while the UK is in financial crisis, please visit their website