Does Manchester Really Care About a Michelin Star?

So a week on from Michelingate and the dust has settled. People have had chance to reflect. The hangovers from this week’s Manchester Food and Drink awards are probably beginning to subside.

Unless they’re still out drinking, which is a distinct possibility. No names…

Manchester House bagged a hat-trick of local gongs and Adam Reid, of The French at the Midland, scored for best chef.

Probably a good time, then, to ask the question of what’s most important – the national accolade in the once-a-year guide or being held aloft on the shoulder of your local peers.

Both are nice, but which has the most value?

Inclusion in the Michelin guide will enhance your appeal to a certain type of customer but actually, a city like Manchester places huge trust in the knowledge and recommendations of the local crowd. We’re a savvy bunch and anything more than ‘It’s alright’ is as close as you’ll get to an emotional outpouring over anything.

Is being the best in Manchester actually better for business than having your name on a long, long list of high calibre competitors spread all around the country, most of them claiming to be a ‘destination’ rather than just a restaurant?

The Manchester and Michelin debate will continue to rage. Simon Rogan was left scratching his head over The French not being adorned with a star, when his much newer establishment, Fera (in London) was included.

“The only thing I can think is there are more judges in London, so perhaps the frequency of visits in Manchester is less so than in London,” he told the local media. “But even The French on a bad day is 95 per cent better than most other restaurants in the country so I still don’t get it.” 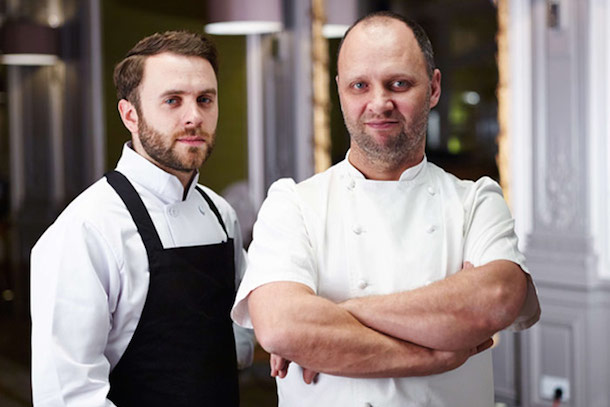 There is a danger that this can turn into obsession of course. The city and Michelin have now almost become embroiled in an annual pantomime where a star may actually be seen as backing down to the pained demands of the cities foodies/media/Twitter users.

Who will be the first to buckle?

Michelin stars are a badge of honour for the chef awarded one, but they also tend to boost sales for the establishment too.

Both of Manchester’s leading contenders – we tend to assume fine dining will be what bags it for the city, curiously – are booked up and trading well, but all businesses are happy to put more bums on seats.

What would a star really mean for the city though? Does anyone really think Manchester lags behind decorated rival cities? Or is it about Manchester’s food scene ‘growing up’ in the eyes of those outside the city walls?

Some think we should just shrug it off and get on with it. We’re getting too hung up on the quest for a star. As with a lot of things, the harder you try, the more forced it becomes.

Manchester has always been good at ignoring what everyone else is doing and ploughing its own furrow. It’s served us well in the past.

Stars? The city already has plenty. And the shine is far from wearing off.