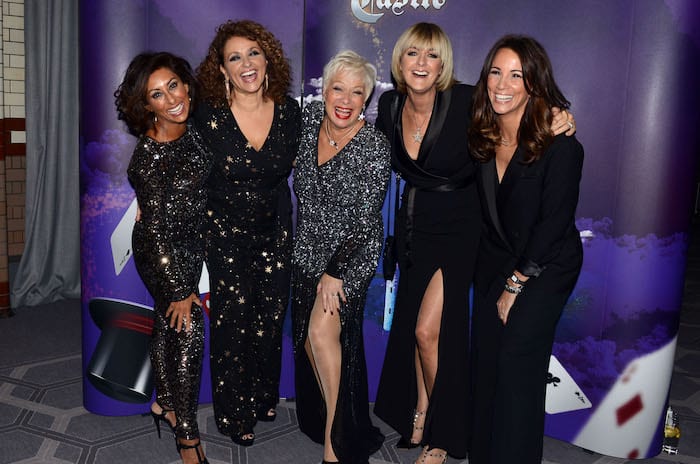 Loose Women and former Coronation Street star Denise Welch pulled out all the stops for her 19th annual fundraising ball in Manchester – with lots of magical treats up her sleeve.

Denise was joined by a host of her Loose Women pals and Corrie star friends past and present as she hosted her Magic Castle themed extravaganza at The Principal Hotel in Manchester on Saturday night.

The actress and presenter helped to raise thousands of pounds for Rochdale’s Gem Appeal charity, which she has been supporting for the past 19 years at her star-studded charity balls.

Click or swipe below for a full gallery of images from Denise Welch’s Magic Castle Ball:-

And, true to form, Denise ensured she had a spectacular entrance to the ball – appearing as part of a magic trick on stage by magician Andrew Green in The Principal’s grand ballroom.

Denise was seen emerging from what had appeared to be an empty glass box to the delight of fans – although she later joked it was like when Bobby Ewing emerged from the shower in a classic scene from Dallas!

It was all part of a packed night of magic-themed entertainment, provided by magicians including Mandy Muden, Solange Kardinaly, Goodman Green Magic and Andrew Green.

Over £70,000 was raised on the night through a grand prize auction hosted by Denise with showbiz favourites Christopher Biggins and Scott Wright, as well as fundraising pledges from guests.

Monies raised will go towards supporting the Gem Appeal, which was set up by Rochdale mum Karen Johnson in 1994 to fundraise research into genetic disorders – as both her sons were suffering from the incurable condition Hunter’s Syndrome.

Tragically, Karen’s sons Simon and Mike both died at the age of 12. But her inspiring fundraising mission continued and she has gone on to raise over £3m to fund ongoing research into the treatment of genetic conditions.

On the night Karen, with daughter Katie, and Denise were also able to celebrate the recent news that the charity has been awarded the Queens Award for Voluntary Service.

To find out more about the work of The Gem Appeal and to support the cause, click here.