Sandwiched between Kosmonaut and The Whiskey Jar on Tarrif Street, El Capo has an infectious vibe. This understated Mexicana bar, now fully initiated as part of the northern quarter neighbourhood, only opened earlier this year and has already established a crowd. At El Capo, every day is Hedonist Day.

“Margarita Mondays’ and ‘Taco Tuesdays’ will be joined
by a host of other daily specials.”

The South American/Mexicana bar has been absolutely rammed since it’s opening in April. They have some experienced clout behind the bar that believe tables are for dancing on, and it’s no surprise considering that the bar offers over eighty (80!!) types of tequila.

It’s about time the bar with down right dirty South American flare started serving food. Already expected to be entirely booked to the brim when it’s new basement restaurant opens in the next week, El Capo is preparing for armageddon (like the penultimate scene in the movie From Dusk Till Dawn whereby the bats smash through the bar.) 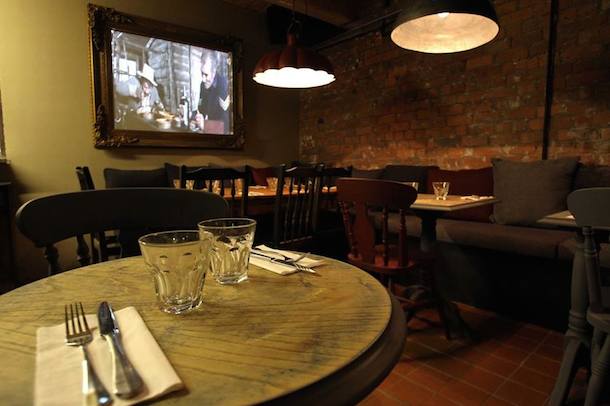 Two fingers to chains and franchises, El Capo will be serving food with a taste that people trust. Authentic Mexican and South American food to be devoured at least once a week, every week.

El Capo doesn’t do anything by halves, except in it’s promise to hack fifty percent off the bills of everyone who dines with them in the first two weeks!

The bar come restaurant’s purist value is their well travelled chef. A mercenary man who has anticipated his new appointment by spending the past six months travelling from South American joint to South American joint, with permission for the privilege to cook in their establishments for practice and experience.

As you might imagine, this extraordinary dedication has lead to a proper authentic menu from the obvious (nachos, tacos, enchiladas) to the deeply authentic (Xocolate Chilli, Tapas, traditional chocolate and rice pudding dish.) And everything at perfectly reasonable prices. 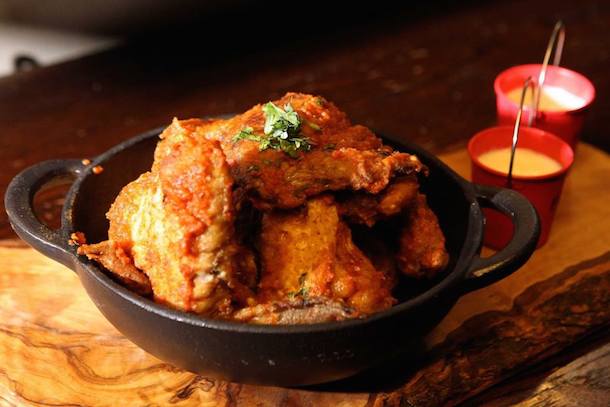 The unique interiors play out as accurately as you might imagine, having been thought up entirely by owner Peter Skelton, and with the expansion, will include a giant frame filled with projections of black and white Mexican films.

With their Fussball table, Truth or Dare Jenga, Wheel of Fortune and decadent sugar skull tequila bottles, El Capo is taking you to Central American utopia.

‘Margarita Mondays’ and ‘Taco Tuesdays’ will be joined by a host of other daily specials. The venue also has a wicked range of party packages for any occasion whether it be a corporate function, Birthday celebration or just a well deserved night on the town.

And remember, this little Northern Quarter neighbourhood joint is offering fifty percent off food in the entire fortnight after it’s awaited opening. That’s every single bill that passes through the El Capo till sliced in half from August 22 to September 5*. As you might imagine, you’ll need to book. Do so by phone at 0161 237 3154, via email: info@elcaponq.co.uk or the website: elcaponq.co.uk