The Manchester Food and Drink Festival is an extended celebration of what it means to dine and drink in Manchester right now. Sprawled across secret installations and public spaces, the festival isn’t funded by Manchester City Council but fuelled by the hard work and dedication of founders Phil Jones and Chris Tomlinson, as well as those who have supported and attended the festival since its inception in 1998.

2016 has felt like a year of closures with the likes of Quill, Splendid Kitchen, Urban Cookhouse and Filthy Cow closing their doors. Despite those departures there has been a wealth of exciting announcements such as the opening of The Refuge (curated by Volta), the rebirth of the London Road Fire Station, and of course, there are the many great restaurants in Manchester – like the one where MFDF chose to launch their countdown. 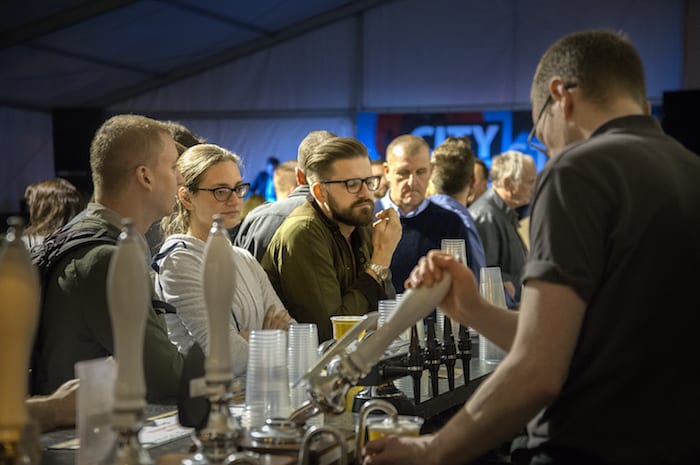 El Gato Negro Tapas has well and truly broken any King Street curses and proven that quality ingredients, incredible food and great service can still cut it in an area somewhat struggling at the moment.

Chef patron and creative director Simon Shaw was rather humble as he introduced his menu, telling us that these dishes are “new” and “untested”, but we enjoyed some incredible dishes such as seared foie gras, roast scallops with Andalusian spiced lentils and jamón ibérico and a hearty plate of Ballotine of rabbit with dill and potato dumplings. It’s clear that the 19th annual MFDF is going to be a truly special event.

So to the festival itself and what to expect? Well perhaps most recognisably to some, the Albert Square hub which will once again be home to bars, street food traders, chef demos and live music. 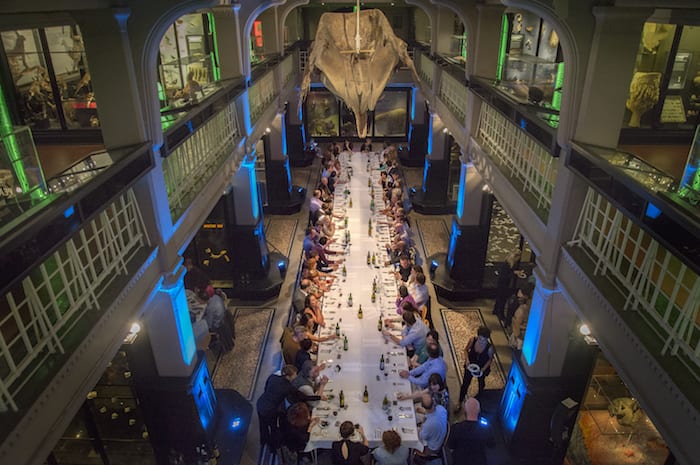 However, this year there’s a lot of excitement about the MFDF Hidden Banquet Series, in association with Allied London, which aims to bring exceptional dining to unearthed and jaw dropping spaces across the city.

And sticking with astonishing spaces, Aiden Byrne from Manchester House will be putting on a banquet for 220 people at the iconic London Road Fire Station. Entitled Innovation, this event looks to pay homage to a place that gave birth to the world’s first computer, Factory records and the first inter-city railway link.

The range and volume of events this year is astonishing, covering everything from wine/beer mini-festivals, live cookery theatres, fringe events and of course, the Great Manchester Bake Off. With the new and the established all present, I think we’re safe in using the old cliche “there is something for everyone” at this festival.

Manchester may be missing a Michelin star but that does nothing to devalue its independent spirit and cultural significance. The Manchester Food and Drink Festival is a showcase of what we should be proud of and if you still haven’t voted for your favourite establishments, there’s still time to make a difference.

To vote and to see the range of events on offer this year visit: http://foodanddrinkfestival.com