Confessions of a cash-strapped foodie

I'm addicted to the discounted goods section of major supermarkets... 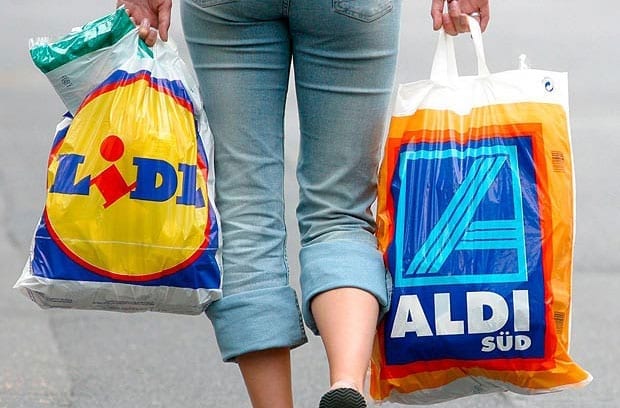 I have a confession to make. I have an addiction.

It started as a bit of harmless thrill-seeking, which quickly became an obsession. But it’s spiralling out of control.

I’m addicted to the discounted goods section of major supermarkets.

“…politely trying to elbow each other out of the way for some heavily reduced cheese or yoghurt.”

I started to notice I had a problem when I used to work at MediaCity. I used to finish work at around 7pm, and whenever I went into the Booths there, I used to see people hovering around one of the fridges.

Respectable looking men and women, all politely trying to elbow each other out of the way for some heavily reduced cheese or yoghurt.

It wasn’t long before I was another pair of elbows.

Tesco convenience stores can be patchy and too dessert-laden, Waitrose give smaller reductions but offer better stuff (fresh fish) but the real payload is to be struck in Sainsbury’s.

Specifically, the big supermarket on Regent Road, just outside the city centre. The one which, unbeknown to me until last year, has its own sexual persuasion apparently. You know what I mean.

And where it only used to be me and a couple of older gentlemen with, erm.pressing hygiene needs, the crowd has grown. It’s become gentrified. Basically, the middle classes have realised they’re a bit skint and have swallowed the shame of bargain hunting. Just in the same way as they have embraced Aldi for its ‘great selection of European cheese and meat’ (code: it’s really cheap). The crowd is now full of people. People like me.

I dabbled with this sort of behaviour as a younger man, culminating in a 2am drive to the 24 hour Tesco at Parrs Wood for a 2lb bag of ham costing 10p. But I was in my early 20s, wild and free and experimenting with new things.

Now I should be old enough to know better. But who’s going to knock back a better-than-half-price duck crown for £2? Or a pack of six sausage rolls down to just 45p?

“…Aldi and Lidl has been a marked trend of the recent recession.”

The growth in the popularity of discount supermarkets such as Aldi and Lidl has been a marked trend of the recent recession. A frontline consumer effect dictated largely by the pressured pockets of the middle classes.

But it’s also seen those shoppers struggle to give up the brands they loved so much when they had a bit more spare cash to play with. So they seek that affiliation in the bargain bin.

We gather as the small pots of potato salad are pored over. Are you having that taramasalata? No? Give it here then. I’m actually on speaking terms with one of the dudes who labels up all the discount produce. He tipped me off the other week that if I came back in 20 minutes, he’d be rediscounting those two plaice fillets I had in my hand.

Did I stick knowing that the fish was mine or risk losing it to another, knowing that I might get an even bigger bargain if it stayed on the shelf?

Some get their kicks from jumping out of planes. Me? I buy cut-price trifles.

As a result of my scavenging, my freezer is full. Of quiche and pastry products largely. You want pizza? I got pizza. All of them are covered in yellow stickers.

I also have a summer fruits pie, a strudel and lots of mini onion bhaji. The thing with scavenging is that it totally dictates your meal plans. I wanted a curry the other night but I had four frozen quiches to get through. Duty calls, and sometimes it tastes of egg.

The only drawback is that getting everything scanned through the till takes ages. And it can be slightly embarrassing unloading a shop that has almost entirely come off the reduced shelf.

Like every addict, I tell myself I could stop if I wanted to. Then I walk past the sticker man and see the two skin on organic chicken breasts he’s just marked down from £6 to £2 and I’m back in there again.

So I’m treating it as a hobby. A sport. I’m telling myself I’m part of a club. Come down, get involved. You might like it too.

But if there’s just one quiche left and we’re stood next to each other, you’re going down.