Cheese lovers of Manchester rejoice! New menu at San Carlo is not to be missed 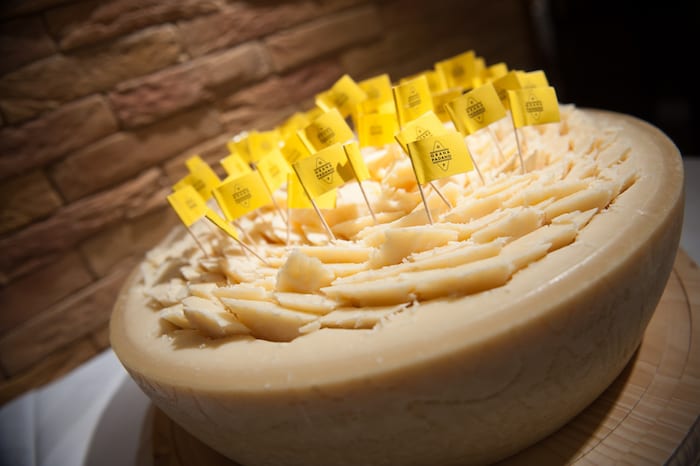 When it comes to Italian restaurants, Manchester-based San Carlo group, who are celebrating their 25th anniversary this year, are officially the industry’s big cheeses.

The multi award-winning business, which operates 17 acclaimed restaurants all over the UK and further afield in Qatar, Bahrain and Bangkok, was named the best in the industry at the English Italian Awards 2017.

Which makes the upcoming collaboration between San Carlo and Grana Padano – one of Italy’s most celebrated cheese producers – not just a treat for cheese lovers and foodies in general, but also timely.

Created by the Cistercian monks of Chiaravalle in the 12th Century, it’s made throughout the Po Valley region (Lombardy, Piedmont, Trentino and Veneto) in northern Italy from unpasteurised, semi-skimmed cow’s milk and aged for a minimum of nine months.

If your idea of a cheese and wine tasting is cubes of rubbery Australian cheddar and pineapple on sticks with cheap red plonk, San Carlo’s preview of the special Grana Padano menu was an altogether more racy affair.

Gnocchi Croccante is a stunning confection. Giant gnocchi, soft inside, crisped on the outside with Grana Padano sauce and shaved black truffle. It was partnered by Rose Costaripa Rosamara, a delicate pale pink from near Lake Garda.

Finally, the ultimate dish for cheese lovers. Comforting gnocchi in Gorgonzola sauce served in a crisp basket made from – yes, you guessed – Grana Padano, perfectly matched with Raccontami Primitive di Manduria, a superlative red from a small vineyard in Puglia.

That the dishes matched so well with three completely different wines speaks volumes for the versatility of Grana Padano. 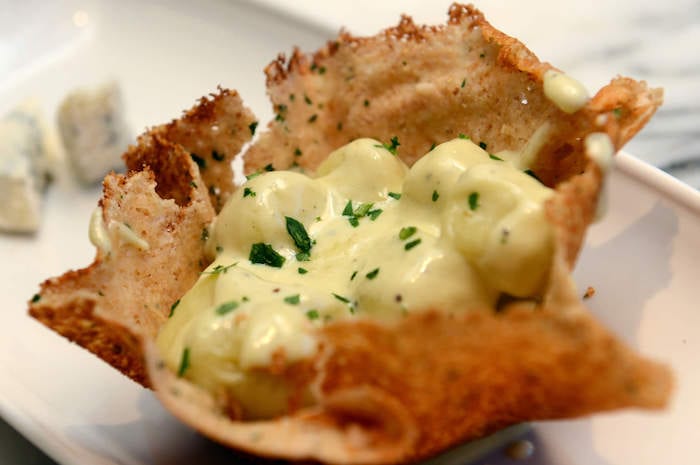 Launching the the new menu, managing director Marcello Distefano said: “Twenty-five years since it all began I have to look to our chairman – my father Carlo’s philosophy, which remains unchanged – which has always been about having a passion for great ingredients and putting food on the plate that we would want to eat.

“That’s what this menu is all about: autumn has arrived, the days are shorter and colder. There’s no better time to eat great, warming food and celebrate Grana Padano cheese, one of Italy’s finest ingredients.”

All three dishes will be available at the group’s flagship restaurant on King Street West from the end of October until the end of November.