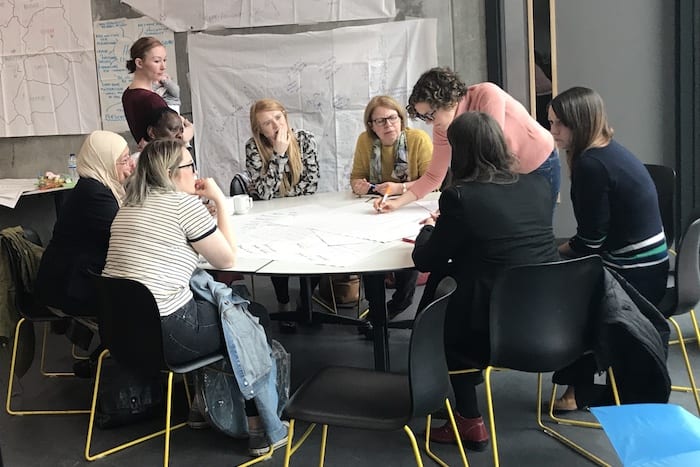 Greater Manchester has a lower gender pay gap than the UK as a whole – but there’s still a long way to go in terms of equality. And women remain under-represented in many areas of public life. Just two of the ten Greater Manchester council leaders are women.

According to new data published by the Fawcett Society, Happen Together and Amity reveals, there are 73,000 fewer women than men employed across the Greater Manchester area – more than live in the whole of Rochdale or Oldham.

And it seems there are still “boy jobs” and “girl jobs” when it comes to Greater Manchester apprenticeships.

The report has been issued to coincide with the launch of a project called Making Devolution Work for Women. The aim of the project is to ensure that issues that matter most to women are listened to by Mayor Andy Burnham and his cabinet, and that women’s voices are heard.

The stats, released in response to a parliamentary question, show that women make up just 2% of construction apprentices, a sector where 40% of businesses report hard-to-fill vacancies, and just 7% of engineering apprenticeships. In a challenge to the Greater Manchester digital skills agenda, just 17% of ICT apprentices are women.

In social care, a sector worth £5.4bn to the north west region’s economy, 82% of the 74,200-strong Greater Manchester social care workforce are women. And 22% of that workforce are on zero-hours contracts. 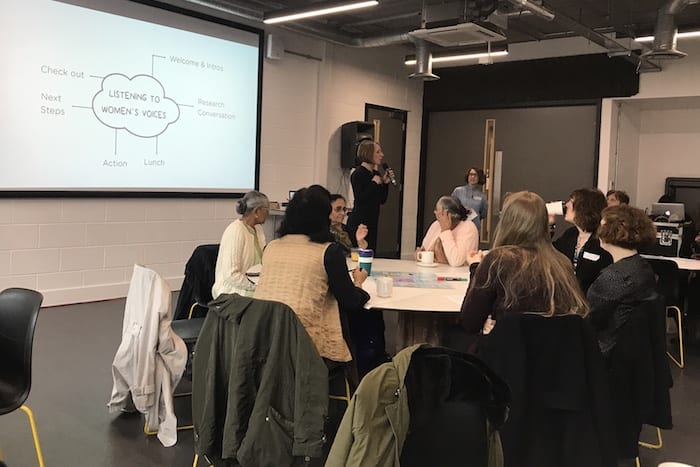 “Our challenge to the Mayor is to make Greater Manchester the best place in the UK to be a woman,” said Sam Smethers, chief executive of the Fawcett Society, the UK’s leading charity campaigning for gender equality and women’s rights.

“Women in the region see a pay gap of 11%, and find their skills and expertise are under-used. They carry out the majority of unpaid caring work and older women have the worst life-expectancy in England.”

There are also big differences in how Greater Manchester women and men use public services. Women are 56% more likely to travel by bus in the city region. But they take 67% fewer bicycle trips, posing a challenge to Chris Boardman’s plans to “double and then double again” use of bikes, unless women are included in the plans.

“For devolution to deliver on its promise to return power to the people and to improve lives of all people in Greater Manchester, it needs to work with and for women,” said Eve Holt from DivaManc, which was established around a kitchen table by five women in 2016 in response to the “pale, stale, male” image of the devolution deal.

“Women make up 51% of the population and need to be included at every stage of the policy-making process to ensure services work for them.

“Devolution has been a great step forward for our city region, but we must be sure to take full advantage of these new powers and responsibilities in a way that makes a difference to the lives of people across all our communities, regardless of age, background, gender, culture or beliefs.”

Devolution is the transfer of certain powers from national government to a particular geographical region. Last year, devolved powers were given to new combined authority mayors in Cambridgeshire and Peterborough, Liverpool City Region, Tees Valley, West Midlands and the West of England as well as Greater Manchester.

But no women were elected as the new Metro Mayors. Decisions that affect millions of women across the six city regions are frequently taken by men.

Mayor of Greater Manchester Andy Burnham says action needs to be taken to achieve gender equality in the region.

“When I ran for election, I made a commitment that our Combined Authority would be gender balanced,” he said.

“Women are represented in senior positions, and now both men and women are responsible for shaping the future of Greater Manchester. My ambition is to make Greater Manchester the best place in Britain to be a woman, but as this research shows, there is still a long way to go to achieve gender equality.

“In workplaces, for example, we need to see more being done to promote flexible working, ensure good wages, and tackle discrimination. This is why we are drawing up a Good Employment Charter, working with local employers to ensure people in Greater Manchester receive fair pay, have access to high quality secure jobs, and are given the opportunity to reach their full potential, regardless of gender.