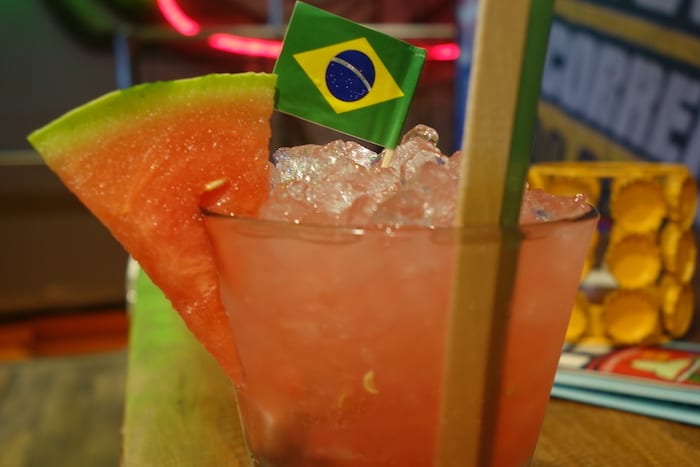 Cachaça is a hard liquor produced from the fermentation of fresh sugar cane juice which is then distilled. If you were laid up with the Spanish flu in Sao Paulo, Brazil, a hundred years ago, chances are your prescription would be a highly potent mix of cachaça, lime, garlic and honey – in other words, a caipirinha! Because from these humble beginnings this very strong beverage is now Brazil’s most famous national cocktail – minus the garlic.

I visited Cabana Brasilian Barbeque in Manchester’s Corn Exchange to try a few of their variations on the classic caipirinha. But first of all, if you think I’ve spelt Brazil wrong, at Cabana they spell it with an ’s.’ Operations manager Ritchie Bagnall told me that although we spell it with a ‘z’ in English, in Brazil and Portugal (Brazil is a Portuguese speaking country) it is actually spelt with an ‘s’. This is the question he gets asked more than any other regarding their brand! 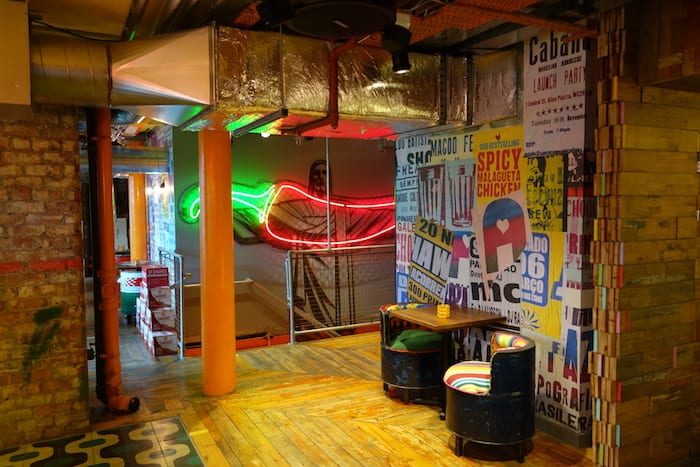 With all the formalities out of the way I take a good look around the venue. I need my shades. It’s a holiday over three floors. An urban collage of colour, lights, artwork, hammocks, flip-flops and comfy corners all inspired by the beaches, streets and markets of modern Brazil. Or Brasil. The uppermost level contains the Caipirinha Bar, one of only two in their national group. The other is in Brixton. I’m handed the menu which is as vibrant as the surroundings and left in the capable hands of bartender Joanna.

My first choice and overall favourite was the watermelon caipirinha mixed with Velho Barreiro cachaça. The caipirinha is such a strong cocktail in its classic form, that with the addition of the fresh watermelon it resulted in a much more refreshing, thirst quenching and subtle variation. I loved it! 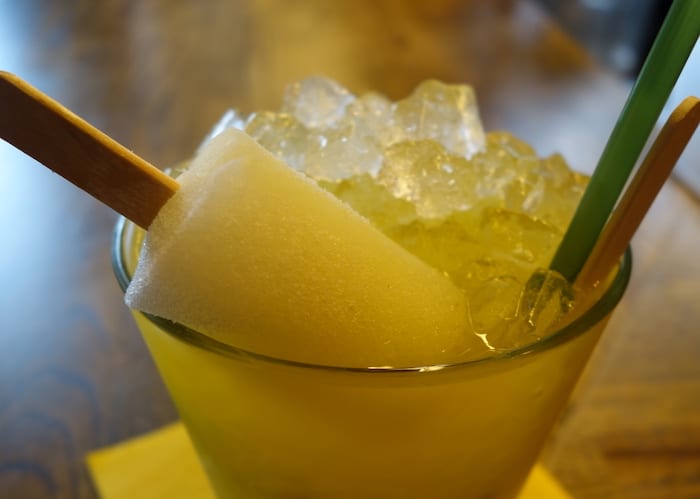 I also tried one of the popsicle caipirinhas or caipole, which are apparently all the rage in Rio. Well if it’s good enough for them. These are basically caipirinhas with the addition of a flavoured ice lolly to add another dimension to your senses. Mine was a Sonalee’s Passionfruit caipirinha which was also very good, and had a pineapple lolly garnish. I’m not sure the lolly added that much to the overall drinking experience. It was more of a gimmick but good fun and a cooling treat on a hot sunny day – not that it was one in Manchester.

If you don’t fancy a caipirinha there are other cocktails although it’s fair to say cachaça  features heavily across the board.

The Road To Rio shooter was a cheeky little delight of cachaça with passionfruit, blue curacao and fresh lime. It looks like a Brazilian flag in a shot glass and goes down surprisingly well (and I’m not usually one for shooters). 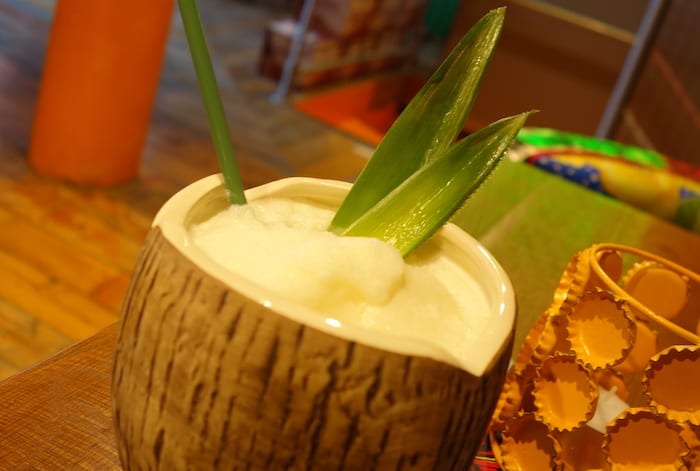 The Cabana colada is served in a big coconut and is more creamy than punchy, and slightly too long for it. But something that could never be too long are their pitchers with, yes you guessed it, cachaça added to their Rio Sunrise pitcher of sangria. I could happily have kicked off my shoes, put my feet up in a hammock and drank the lot!

What an enjoyable afternoon. There were groups arriving as I was leaving and cocktails were definitely the majority on order. Although Cabana does serve food, the drinks certainly seem to be the main pull here – quite refreshing in the sea of restaurants that is the Corn Exchange.

If you’ve not been before, go. Just look for the brightest and loudest joint on the block. Tudo bem!