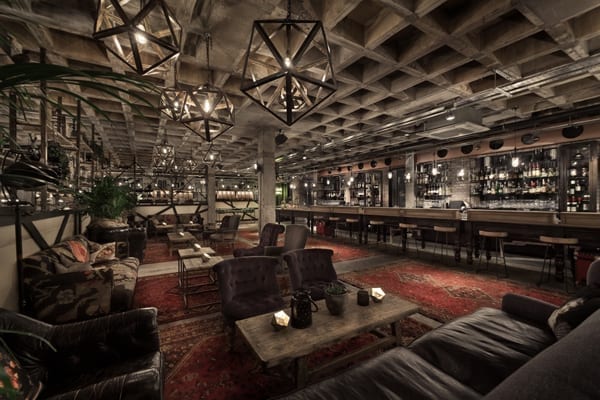 Notoriously a slow starter, Living Ventures really struggled positioning the Artisan menu at first. They really wanted to do something different. Introduce a different style of pizza, but never really hit it off. Until now!

For those of you who don’t know, Artisan is Living Venture’s 12,000 sq foot mix of loft and industrial design with a 20 foot bar and a team of chefs working fires in front of you for flame-thrown fish and meat. It became momentarily notorious by having mad pizza toppings such as doner kebab.

The food is very simple. Rustic. Fire and wood. A menu that sits aside from any other Living Ventures offering. At first, it was a little too wonderfully weird. Too theatrical with it’s presentation and little to get stuck into. 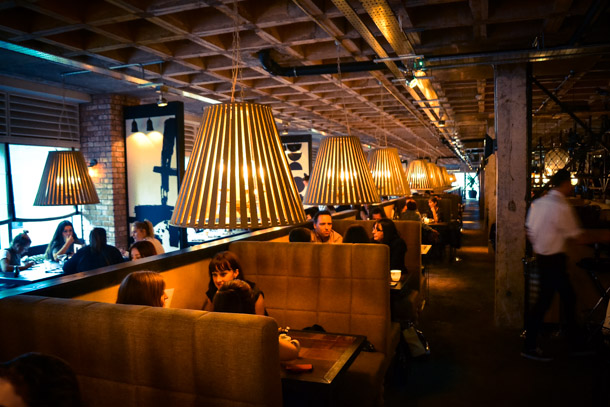 Even the bar struggled to fit in. The unusual 20-foot bar that was a bit too low to lean on and there wasn’t enough space or furniture to sit, has had an extension. Taking away some dining space, they’ve expanded the bar area to create a pre or post dinner space to lounge.

It’s actually resulted in an improved dining space, too. Wonderfully intimate yet remains spacious and airy. Room to let your artistic juices flow. 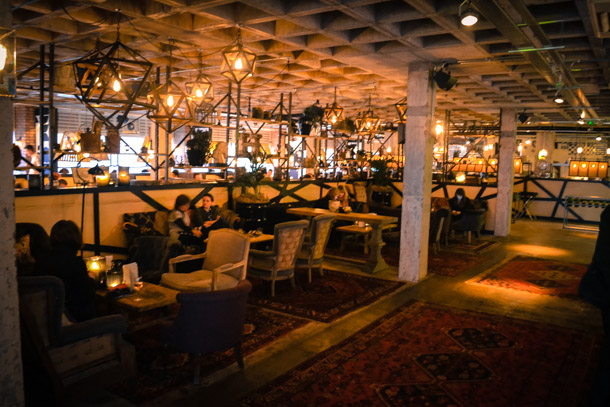 The current menu, along with the bar reconfiguration, has been in place for around four months now. It’s a lot more bolted together and speaking to its customer (wider range) a lot better than to begin with. And it’s doing great numbers, particularly at weekends. 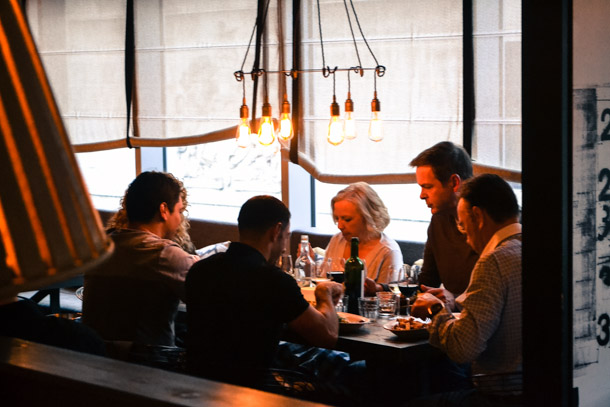 We went in on a Friday night. The same night the ‘Dragons’ decided to use Artisan as their ‘Den’ for a little soiree. Bet they wish they’d of invested. Anyhow, after pointing out Theo Paphitis wasn’t present and Googling them, we tried a few staple and new menu dishes.

To start, we had artichoke petals with garlic and herb vinaigrette (£5.50). Like the first few months of Artisan, not a good start. Theatrical in its floral presentation. Just. Well. Weird. 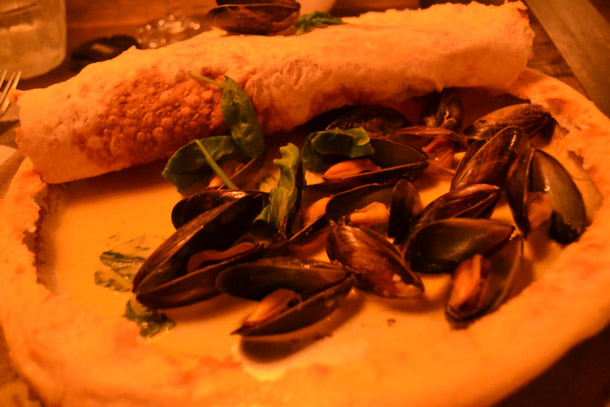 Then enters the mussels baked in bread. A firm favourite and unchanged dish. I had it with the curry and spinach sauce (£7.95). Cutting and peeling back the breaded lid to find beautiful mussels marinated in healthy curry flavoured sauce to dip bread and cup up with the shells.

For main course, the NY deli pizza (£11.50) a delicious stone-baked crispy bread with pastrami, bacon, smoked applewood, French’s mustard and olives. Deli-sh. Accompanied by a pizza cutter on a wooden board, was scrumptious in the way the mustard blended the meat flavours together in a mouth-watering fusion. 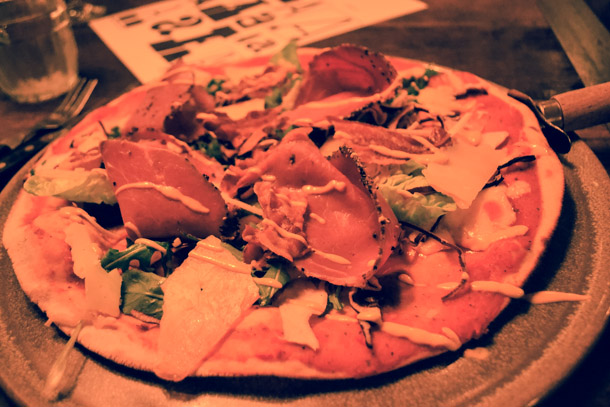 Seared tuna with tomato confit and red pepper salsa (£18.95). Loved it. The tuna, cooked to perfection, was complimented by the tomato and in theme with the venue.

For pudding, I had salted caramel and gingerbread (apt) ice-cream. Well, I’m going back in for this alone.

Artisan is finally finding its place. But there’s still movement. It’s still a brand that has a lot further to go.

Restauranteur, director of Living Ventures, Tim Bacon said when asked about the progress of Artisan: “I’m very encouraged by the first six or seven months because the numbers were there. The sale numbers and that’s always the hard thing. It’s my wife’s favourite. She loves it. But there’s still work to do.”

Popular with the ladies then. It’s actually my girlfriend’s favourite LV venture. 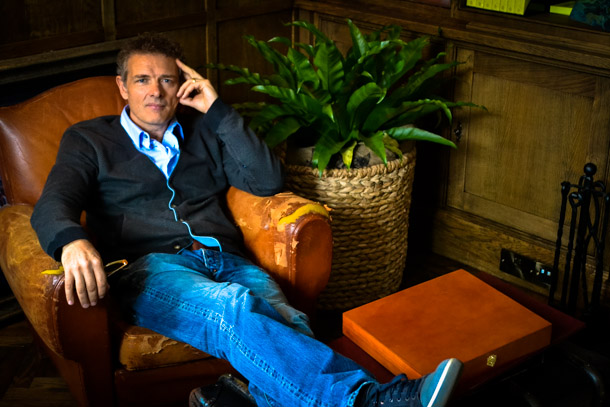 There’s a café opening up downstairs (ground floor) very soon and a cinema upstairs at some stage. Artisan will become a revolutionary product. We hope the concept remains exclusive to Manchester. But with the aggressive expansion of Living Ventures, venturing further afield and replicating successful brands, we’re doubtful.