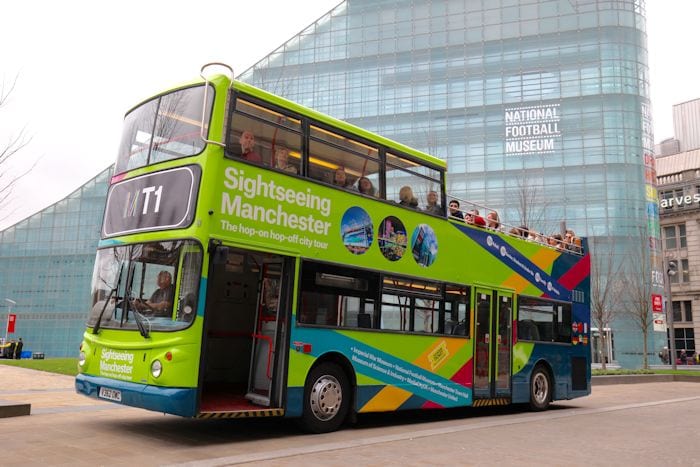 Manchester is the third most visited city in the UK with a rapidly growing tourism economy worth £7.9 billion, but it’s one of the few cities in the country without a daily sightseeing bus tour.

But that’s about to change this week when Manchester’s first daily sightseeing tour bus service takes to the streets for its inaugural journey on Good Friday 14 April.

The tour will start in Albert Square and visit 15 tourism hotspots throughout Manchester, Salford and Trafford including the National Football Museum, The Lowry, Old Trafford and Imperial War Museum North.

Additional routes incorporating parts of east Manchester and the University corridor will be introduced later in the year. 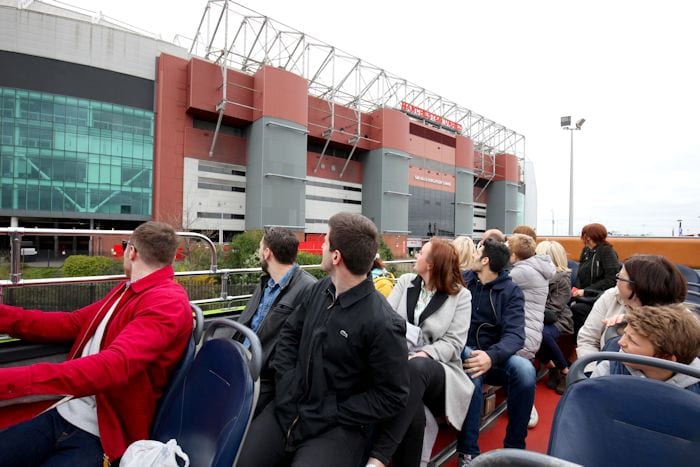 Visitors will be able to hop on and off at any stop within a 24 hours of purchasing their ticket.

The tour will run every day apart from Christmas Day, Boxing Day and New Year’s Day with multiple departures per day with tickets valid for 24 hours from time of purchase.

English commentary for the tour will be provided by Stockport-born Lord of the Rings actor Dominic Monaghan. Mandarin, Arabic, French, German and Spanish commentaries will be added in the coming months.

Sightseeing Manchester will be operated by Philip Higgs, who said: “As a born and bred Mancunian who has operated sightseeing tours in other cities across Europe, it always struck me as odd that Greater Manchester, with its many iconic tourist hotspots, has not previously had a daily, year-round bus tour.”

“Having recently returned to the city after a number of years away – and seeing how far the tourism industry has come on in that time – I am delighted to be able to start a new business to fill the gap in the market and I’m looking forward to packing our striped green buses with tourists.”

Prices for the tour will be lower than equivalent tours in Edinburgh and London. Prices for 2017 will be £12 for adults, £6 for young people and students and £25 for a family of two adults and three children.

Pre-booking is not essential and visitors can simply walk up and purchase a ticket from the driver. Tickets can be booked in advance at sightseeingmanchester.com.