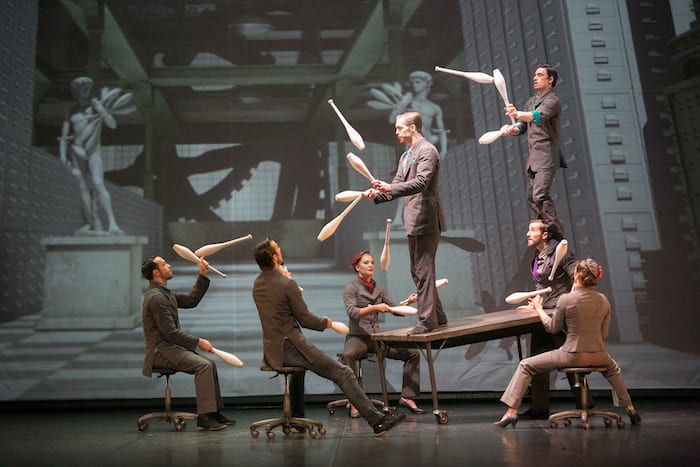 Cirque Éloize have been producing magical performances and cutting new paths in the world of contemporary circus arts for 25 years, combining breathtaking feats with engaging stories.

They were the first troupe in North America to bring their intimate, storytelling circus shows to theatre venues, building on the innovations of pioneering circus companies such as Circus Oz (Australia), Cirque de Soleil (Quebec) and Archaos (France), who began championing the renewal of the circus arts in the 1970’s.

They’ve given over 5,500 performances in more than 550 cities. Next month, they’re bringing their critically acclaimed show Cirkopolis to Manchester for a special one-off performance. 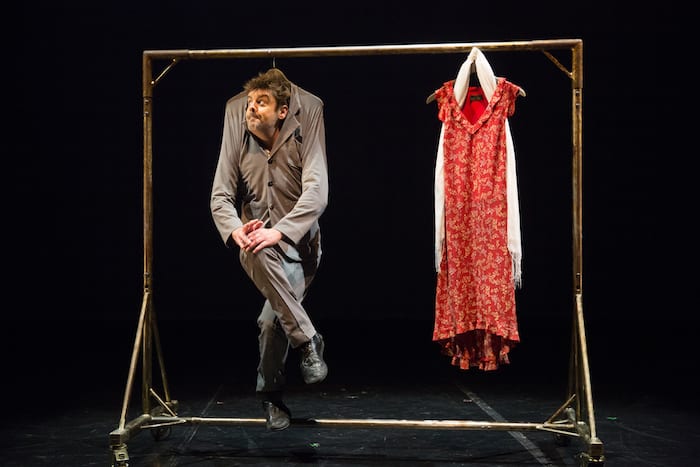 Performed by a finely tuned ensemble of eleven performers, the much-lauded show utilises the adaptable, hybrid art form of circus to relay a gentle message of the value of individuality through the mediums of gentle humour, dance and theatre.

Characters search for intimacy in the setting of a futuristic, urban dystopia, rebelling against monotony, reinventing themselves and challenging the limits of the factory-city.

Cirkopolis has received rave reviews from the public and critics alike on both sides of the Atlantic since it began touring in September 2012,

“Extraordinary! There’s the circus, and then there’s Cirque Eloize. These guys are on a whole other level,” said the New York Post. 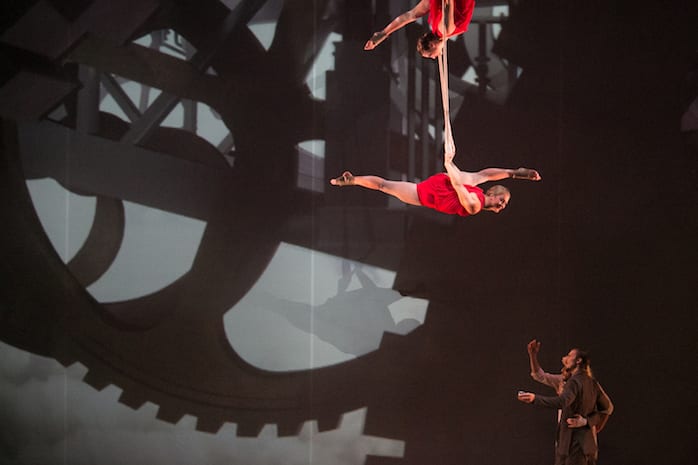 When the show visited Europe, the reviews were equally enthusiastic.  “An impressively coherent production. Way more than simple entertainment!”, said The Stage, describing it as “Thrilling, dramatic, astonishing, mesmerizing simply a dream.”

Co-directed by Cirque Eloize artistic director Jeannot Painchaud and Dave St-Pierre and choreographed by Dave St-Pierre, Cirque Éloize continues to create its shows from the ground up, crafting them with multidisciplinary artists and blending circus arts with music, dance and technology to tell stories in a whole new way.

“Cirkopolis was imagined as a crossroads—between imagination and reality, between individuality and community, between limits and possibilities,” says Jeannot Painchaud.

“The show is driven by the poetic impulse of life, the physical prowess of the circus and its humor, at once serious and light-hearted. Entering Cirkopolis is all about letting go and allowing yourself to be borne aloft by hope.”

Cirkopolis is at the Manchester Opera House on Saturday 6th October 2018 at 7.30pm. Tickets are available now with limited concessions available for students.