A Guide to Deliverooing in Manchester

If ever there was a time you probably shouldn't turn to tasty convenience, it's early January. But you do... 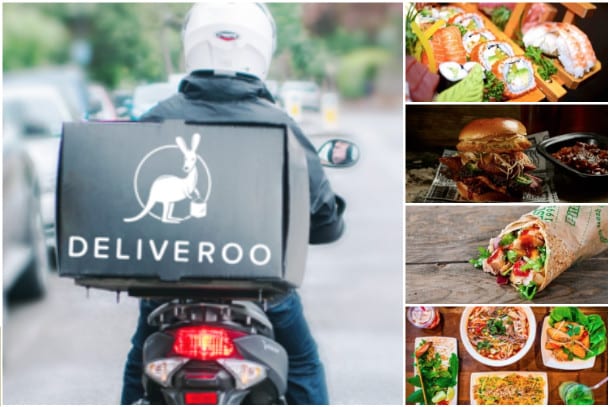 If ever there was a time you probably shouldn’t turn to tasty convenience, it’s early January. But you do, says Mark Jorgensen.

When I first heard of Deliveroo, I distinctly remember scoffing, “Nah, can’t really see that working. You either want restaurant food, in which case you go to a restaurant, or you want a takeaway and you get a takeaway.”

Since then, their drivers – who without exception all curiously call you “boss” – now seem to make up every one in ten vehicles I see around the city, and my flatmate and I plunder easily hundreds of pounds on it every single month without fail. The alluringly convenient bastards.

One of the very few positives of this scenario is that, not to brag, ladies, but I now know the fruits and foibles of Deliverooing in Manchester like the back of my frivolous, lazy trotter.

If you haven’t used it, it’s basically Just Eat with decent restaurants. You pick a restaurant and food you want from their app, then they send someone round on a moped to fetch it and bring to you for an extra £2.50 chucked on to the price of the meal.

You can also track said moped on your phone in real time to see just how agonisingly close your food isn’t.

Sounds simple, doesn’t it? But in my vast experience, liking a restaurant in the real world where you actually go with other people doesn’t necessarily mean their food travels well or that you will like their Deliveroo offering.

So here is my personal guide to those restaurants signed up to Deliveroo which I’ve found the best for different scenarios and options.

If you have a hangover and need a pick me up

Best curry for your money

Bollywood Masala.I’ve tried a few of the curry options, most of which are good, but this is the tastiest and best value. Scene was also good.

If you’re being a payday millionaire (and you eat meat)

Gaucho. Gaucho is always good. You sort of think it wouldn’t work as a delivery but surprisingly it does.

Any of the curry places have decent veggie options, but I’d go Café Istanbul.

No messing around, let’s just order within four minutes

Nando’s. Your stock Nando’s order works on here and they send sauce bottles, too.

Red’s True Barbecue.In the restaurant they serve loads of meat on a giant bin lid, so popping it in box matters not a jot.

Crazy Pedro’s. They are just bloody loco, aren’t they? We all know pizza travels fine so this one is a no brainer.

Sapporo Teppanyaki. So says my flatmate. I don’t touch fish but you can trust him.

If you’re being healthy via a takeaway, you trendy renegade

Katsouris. Big bacon ciabattas and you can actually get a good full English to your door. What a time to be alive.

Ocean Treasure.  Way overpriced for what it was.

These are my personal choices mixed with my childish scenario generator, so do feel free to add your comments below and share the wealth.

It’s early January #ffs. We’re all in this together.