A cluck load of chicken: Bunny Jackson’s has sold nearly half a million wings in a year!

Legendary bar Bunny Jackson’s has been open for a whole year at its new First Street location. And in the past 12 months, the popular late night dive bar has sold its loyal customers an astonishing 315,961 chicken wings.

The live music and American sports venue is renowned for its 10p chicken wing offering – and guests who buy a drink from the bar can enjoy as many 10p wings as they like, all night long.

“It was really hard on the chefs. They were doing around 6,000 every Wednesday and we started running out before the kitchen closed,” says Lyndon.

“We decided that it would be better to spread it out over the whole week. It’s much easier on the kitchen now being spread over 7 days.

“We’re now averaging around 15,000 per week as the move from once a week to daily has ramped it up a bit. I reckon we might hit a million per year if we keep going like this.”

Open every day of the week, Bunny’s kitchen opens for just five hours each day – from 5pm – 10pm – which means Bunny’s customers get through a staggering 868 wings in just five hours. Hungry Mancs clearly love their chicken wings. 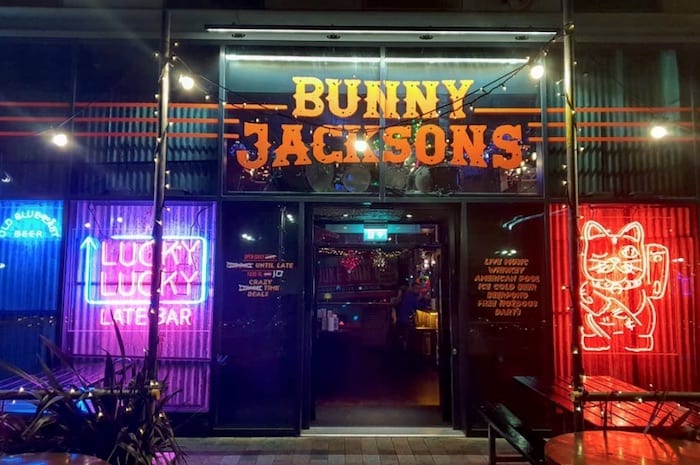 The popular wing venue also offers Boozy Wings for 20p each, with Jack Daniels, Sailor Jerry’s or Southern Comfort based sticky sauces. And Hotter Than the Sun wings for 50p each, with the warning that guests will barely manage to eat one full wing they’re that hot.

“A few years ago, myself and my business partner were in a crazy little bar in Homestead, Florida and they were doing 10 cent wings. We were like, ‘This is the best thing ever!’ I think we ended up having something like 100 between us and spent a few hours in the place drinking ice cold beer eating red hot wings.”

And not surprisingly, Bunny Jackson’s actually lose money on their incredible offer.

“We always wanted to do it in the UK but thought it would be impossible to do without losing money on each wing. We were right about that!

“It’s a bit like the New Order Blue Monday 12” single. Didn’t they lose 2p on each copy sold and it was the biggest selling 12” ever? We lose about 6p on every wing!”

But fear not, because the guys at Bunny’s don’t compromise on the quality of their wings to make up for the cheap price tag. 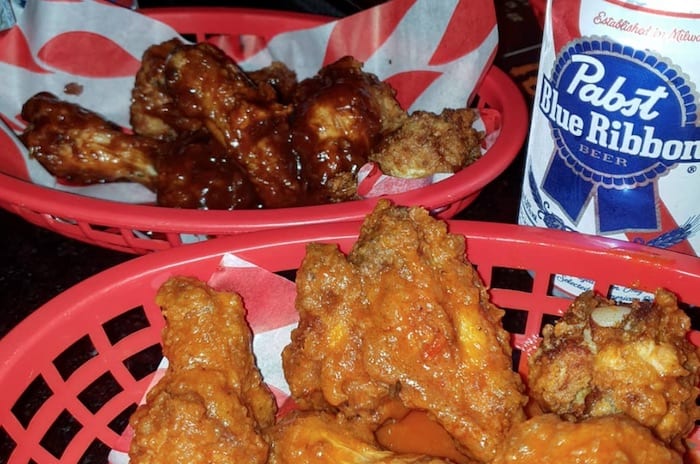 “We had a few people at the start asking us about the provenance of the chicken as obviously if you’re selling something for 10p people think you’re gonna cut corners. We don’t.

“All our chicken from our butcher is Red Tractor British chicken. This is the only assurance scheme in the UK that covers the entire supply chain from egg to fork, with standards focusing on animal health and welfare but also food safety and hygiene, traceability and staff training. We take pride in our wings.

“Mostly, we’ve had really positive feedback from our customers. We still have customers asking what the catch is though. The only catch is you need to buy a drink when you order your wings. It’s not really a catch obviously as I’m not eating 50 wings without having an ice cold beer to wash them down!”

The bar also hosts live music every Sunday and Monday, with a special Rock-a-oke every Thursday, which is karaoke but with a live band. How awesome.

It’s the 20th time Manchester has marked the anniversary of the liberation of Auschwitz, and reminds us there’s hope during the darkest times