Manchester is set to open circa 40 new hotels in the next 5-10 years. That sounds a lot and unnecessary, but when you realise that pretty much every current major hotel in the city centre are completely full most nights, it’s a worthy investment.

Around 1,000 new hotel rooms will be built in Manchester during the next year or so and here we look at the venues set to open their doors in the next year.

Manchester already has a thriving hotels sector, with everything from lavish five-star venues for an experience down to budget sites offering a place to lay your head for the night.

And let’s not forget the great hotels we already have. 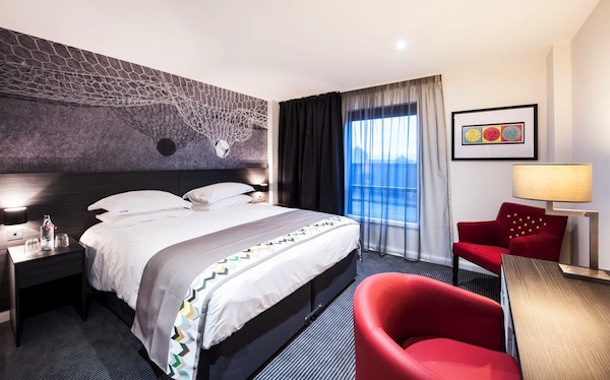 Standing in the shadow of Old Trafford the £24 million hotel is all set for the grand opening weekend on February 28..

The hotel, which is the brainchild of former Manchester United stars Gary Neville and Ryan Giggs , boasts 133 hotel rooms, restaurant, roof-top football pitch and the “Old Trafford Supporters’ Club” in its basement.

Bosses say they expect to serve over 3,000 fans on match days across their range of hospitality areas over 12 floors in the hotel.

There are standard and executive rooms with prices starting at £90, which goes up to a starting price of £240 on match days.

Half of the hotel rooms offer views out to MediaCity, Salford Quays and the city centre, while the other side of the hotel offers an unrivalled view of the Reds ground.

Each room has a different piece of artwork, all handpicked by Gary and Ryan from the works of Salford University students who were asked to picture what football meant to them.

While the bathrooms have personalised Hotel Football toiletries – numbered after all the players of the famous Class of ‘92. 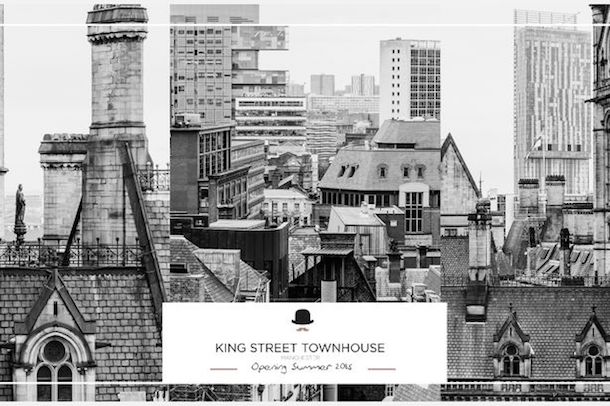 Located within the Upper King Street conservation area of Manchester city centre the King Street Townhouse is due to open in summer 2015.

The Grade II listed building, dating back to 1864, is currently undergoing redevelopment by the proprietors of Eclectic Hotels.

King Street Townhouse will feature 40 bedrooms and suites with a Tavern Bar and restaurant.

There will also be a rooftop infinity spa pool, treatment rooms and gym along with afternoon tea rooms and conference and event space for 200 people.

Around 70 jobs will be created at King Street Townhouse. 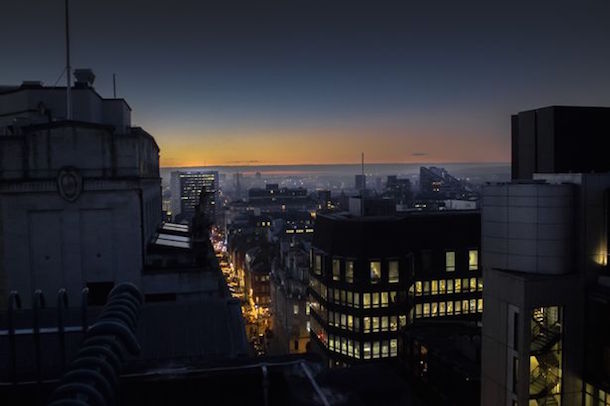 Featuring some seriously swanky interiors and a private members bar the creators of Hotel Gotham have hyped it to be ‘one of the sexiest hotels in Europe’.

Gearing up for an April launch Bespoke Hotels are set to deliver ‘a fun, witty destination that is a little bit naughty.’

The 66-bedroom hotel on King Street takes its design inspiration from a landmark Art Deco building designed by Edwin Lutyens in 1928.

The restaurant, open to non-residents, will boast fabulous views across the city through original arched windows, and the main reception will also be located on the 6th floor.

Meanwhile the classy Club Brass will offer an exclusive rooftop retreat for VIPs, with sleek leather booths and intriguing design features with a nod to its banking past – including leather satchel light fittings, bowler hat displays, green glass and bankers’ lamps. 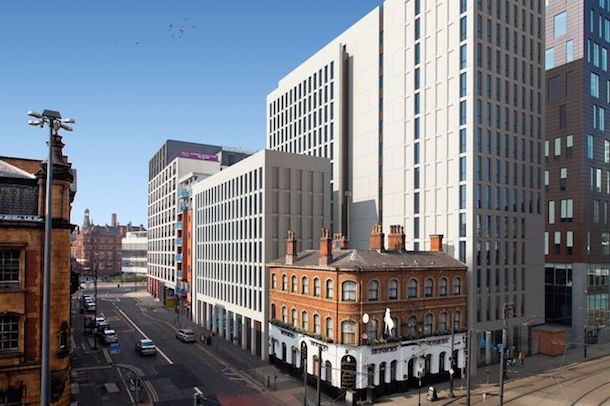 Located on on the corner of London Road and Whitworth Street, Manchester, it is the groups first offering for the city and is due to be followed up with a second site on Cross Street.

The 14-storey building will also include a reception area, restaurant and bar.

With all of the external work complete, Russells Construction, appointed by developer Livia Ltd to build Motel One, is now carrying out the internal fit out and is on track to open next year.

Russells Construction director Gareth Russell said the façade includes large floor-to-ceiling glazed panels for each bedroom, and the exterior has been finished in an acid etched smooth concrete with hydroscopic coating.

There are more than 50 Motel One hotels throughout Europe, with sites also currently under construction in Glasgow and Newcastle. 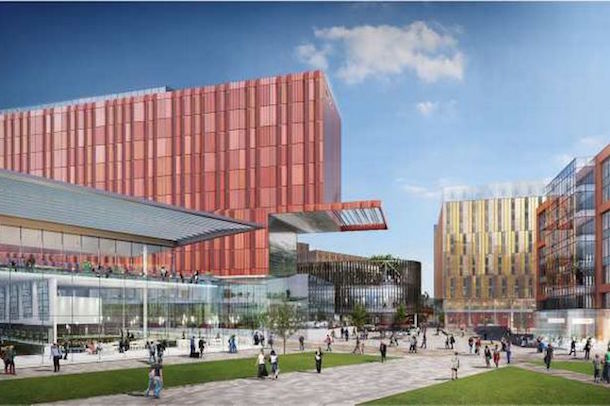 Designed by SimpsonHaugh and Partners with interior architecture and design by Reid Architects, the impressive 208-bedroom building is one of the first of its kind in the UK.

With work ongoing for around 15 months the Majorcan chain are set to open the Innside doors in May.

Facilities include a gym, spa and conference space as well as an extensive restaurant that can seat 140 diners.

Meliá Hotels International has over 55 years’ experience in the hotel industry with a portfolio of more than 350 hotels in 35 countries. 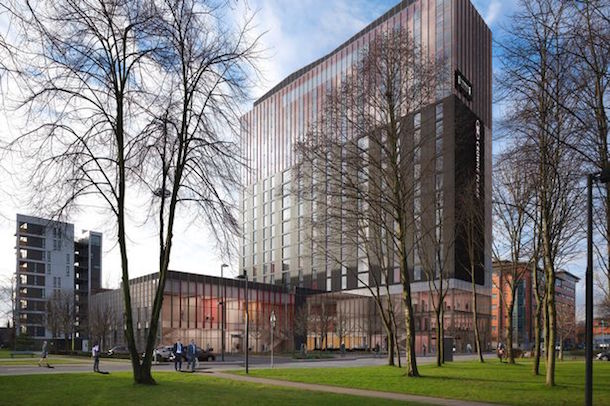 Crowne Plaza Hotels has been a recognised meetings hotel brand for the last 30 years offering guests relevant solutions through its signature meetings programme.

It is one of the fastest growing hotel brands in the world, at nearly 400 hotels in more than 60 countries worldwide, with amenities and services designed to help guests be on top of their work and at the top of their game. 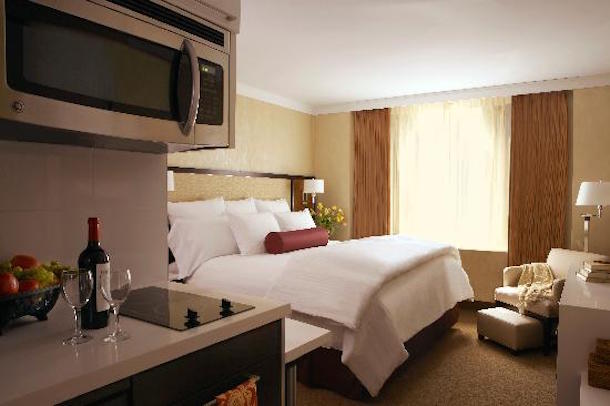 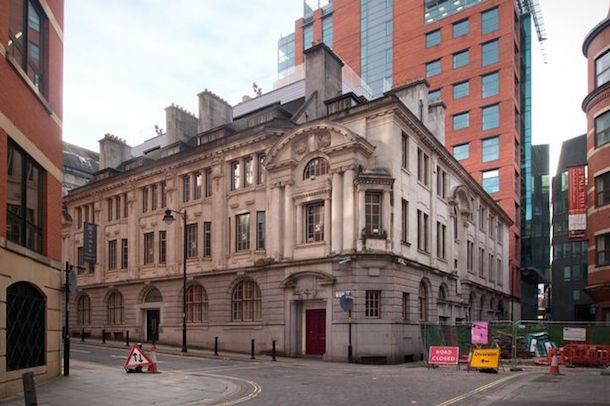 Ryan Giggs and Gary Neville have got permission to turn the Stock Exchange into a boutique hotel.

The site currently houses the restaurant Stock at ground floor level – although the eaterie has been closed for some time – and has housed offices on the upper floors.

The main restaurant and bar will be open to the public – but the roof terrace and a banqueting space will cater to private members.

It will also be available as a wedding and conference venue.

The move is the latest in a string of high profile developments in the former Reds stars’ ever-growing property portfolio.