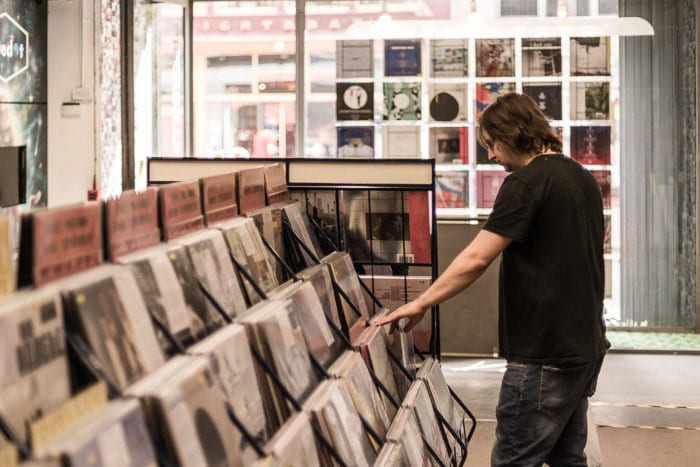 Whether you have a adoration for BritPop, take whatever opportunity you can to light a flare during The Courteeners or despise the indie sound of Manchester bands and dig electronic jazz, there’s no better way to celebrate Record Store Day than saluting your local band and buying their records.

We took a look at the long (very long) list of releases for Record Store Day 2018 and picked out the best Manchester based musicians who are gifting us with some cracking tunes.

Noel Gallagher’s High Flying Birds are unleashing four remixes of It’s A Beautiful World, the third single from the bands third studio album Who Built The Moon?. The 12” single is being released on monochrome dipped coloured vinyl and features remixes from Andrew Weatherall and collaborative remixes from Mike Pickering and Graeme Park, two pinnacle DJs from The Hacienda era who have not collaborated together in over 25 years.

It’s been 10 years since St Jude was released, reimagined Manchester’s music scene and gave birth to the lively, sweaty gigs that The Courteeners would bring to sold out audiences for a long time. The certified gold album is being reissued in anniversary of the album and all the cavorting that came with it. The 2LP release is being pressed on red vinyl making it a must have for any fans of the band, whether they stand at the back of the gig drinking the venue’s expensive booze or are at the front, lighting flares and giving it their all.

The Waterfront – Normandy (On A Beach)/When The Wind Blows

Vinyl Revival are very pleased to be releasing this rare record on their label. The Waterfront were the founding fathers of what would become The Stone Roses and although the band never performed live together, they did record these two tracks in a small studio in 1983. Andy Couzens has kindly donated the original ¼” reel tape of the original recording of the tracks for Record Store Day, with money from the purchases going to The Christie Charity in Manchester. This record will be like gold dust, especially at any record shop in Manchester, so be sure to get in that queue in the early hours if you want the chance to purchase the record. Check out our interview with exdrummer of The Waterfront, Chris Goodwin.

The Durutti Column – Another Setting

If indie rock and roll isn’t your cup of tea, this might be. The Durutti Column have reissued their third studio album Another Setting alongside a previously unreleased live show on 2LP’s. The album was first recorded at Stockport’s Strawberry Studios in 1983 and the special reissue for Record Store Day features the original album and a Hoagy Carmichael cover emotionally sung by Lindsay Reade, wife of the late Tony Wilson. The second LP features a previously unreleased live show recorded at the Pandora’s Box Festival in Rotterdam in 1983.

Tim Burgess – As I Was Now 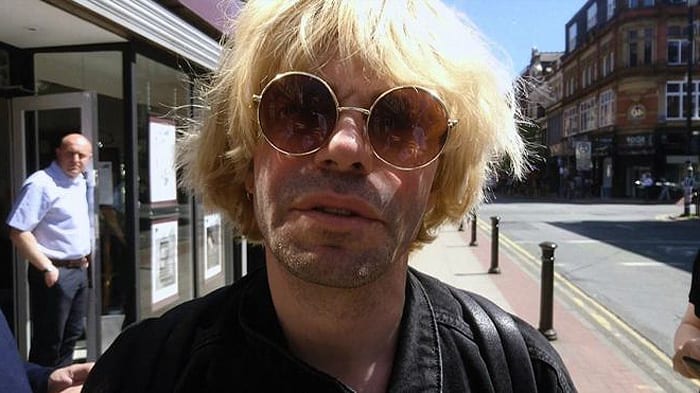 Charlatans frontman Tim Burgess has made many people’s dreams come true with the release of As I Was Now, a solo LP featuring the likes of Josh Heyward (The Horrors), Debbie Googe (My Bloody Valentine), Martin Duffy (Primal Scream) and Steffan Halperin (The Chavs/Klaxons). With so much musical talent on one LP, As I Was Now is a necessity for real music fans. Recorded back in 2008 at Big Mushroom Studios in Cheshire, the record is the product of a few (very talented) friends getting together over Christmas and New Year. The LP will be released on blue coloured vinyl.

Mashing together jazz and electronic beats, GoGo Penguin have been creating mesmerising tracks for six years. v2.0, GoGo Penguin’s second album, was originally released in 2014 and was nominated for The Mercury Prize in the same year, notably for their progressive and compelling sound. The reissue of v2.0 is being pressed on clear coloured 2LP vinyls.

Record Store Day 2018 returns on 21st April across the country. Be sure to check your local record shop is participating.