18 Things Manchester Has That London Hasn’t

163.241 miles distance between Manchester and London... 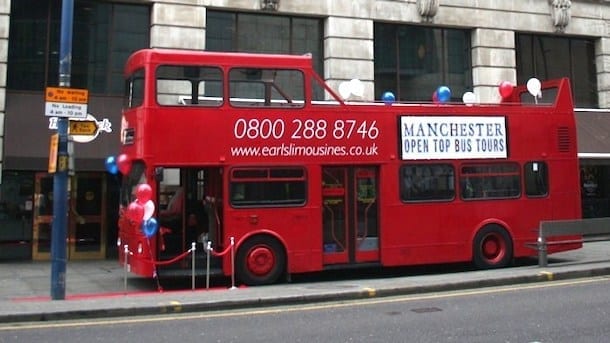 There’s approximately 163.241 miles distance between Manchester and London. And differences are equally miles apart. Cleverly embedding pictures from Instagram, we’ve illustrated our favourite things that you just can’t get in London. Or anywhere else for that matter.

Because who’s going to buy a whole round on payday when a pint costs a fiver?

2. Flats that cost less than a small yacht per sq metre.

The chances of buyers scoring property in London that is a) conceivably affordable, and b) not a prison cell is very low. In contrast, the housing market in Manchester is far more palatable.

Despite a vile bill in 1988 that banned the promotion of homosexuality by councils, Manchester City Council hired four lesbians and gay men. Canal Street boasts three full blocks of harmony and competes with other top gay villages around the world.

When you’re drunk and on your way home from a night out, chips, ketchup & mayonnaise will just about do. But they’ve got nothing on proper chip-shop chips covered in gravy. Like most dishes in Manchester; covered in gravy. Why not throw a sausage in the mix?

It must be possible to track down a chip barmcake/butty/muffin in London. But they’re certainly not widely available, which is a great shame because they’re probably the world’s greatest food. Especially with gravy.

Who wants weekly bus travel for just £7.50? Everyone does. This is something that is not even feasible in the capital.

In Manchester, it isn’t necessary to trek miles of pavement and underground track just to flit between your favourite haunts. They’re all there in one magical, indie and diverse place. We like to call it the Northern quarter.

The iconic circular building; Manchester Central Library. The architecture of which is based on the Pantheon in Rome. Morrissey is said to have studied for his A-level exams there.

More than seventy Asian restaurants ALL IN ONE PLACE. Nowhere in London caters quite so profusely to the raging desires of someone hellbent on having an Indian. #rusholme

A theatre and gallery complex situated in Salford Quays (stone throw from Manchester city centre). Named after the early 20th-century painter, L. S. Lowry, known for his paintings of industrial scenes in Manchester.

Smiling at someone remains a basic human communication in the Northern capital, while cold shoulders remain the London way.

Mr Tim Bacon, who is from Tasmania and chooses to live in Manchester because it “is phenomenal” has brought delight back into our city with Willy Wonka style creations for grownups ranging from underground bars to real life Oast houses moved from overseas and recreated piece by piece.

17. All the world of football.

Is there a person from Manchester who has not been immediately greeted with the words ‘Rooney’ or ‘City’ or, ‘Manchester United’ when asked by a foreigner which city you are from? Here, football lives in the minds of the globe.