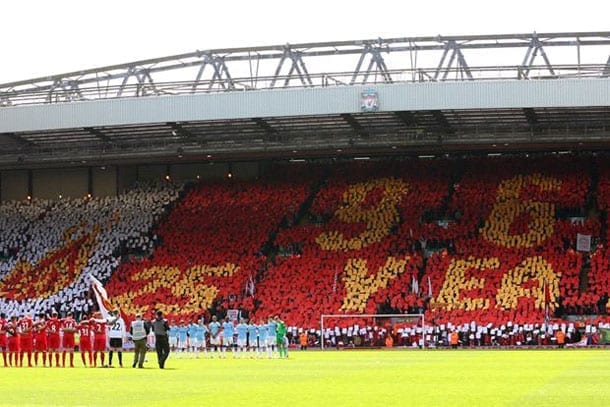 The tribute is not about a football rivalry, it’s about a tragic event that happened twenty five years ago. 96 people should not leave home to watch a match and never return after it.

“In times like these
the football family
should be united.”

However, a council worker has been sacked after posting vile abuse about the Hillsborough tragedy on Twitter.

The message was quickly picked up by Twitter users and Mr Lewis has since shut down his account following an angry backlash against him.

Bury Council has since confirmed Mr Lewis, from Prestwich, has been sacked from his role as a temporary gardener with the authority.

“He is no longer engaged as a casual worker with Bury Council.”

It is understood he was officially dismissed for breaching the council’s social media policy.

A number of outraged Twitter users claim to have reported the tweets to Greater Manchester Police.

It is not yet known if a police investigation has been launched.

In times like these the football family should be united. There is no place in the game for these sick comments. As football fans we all love some ‘banter’ however there is a line and this ‘fan’ quite clearly crossed it by a country mile.