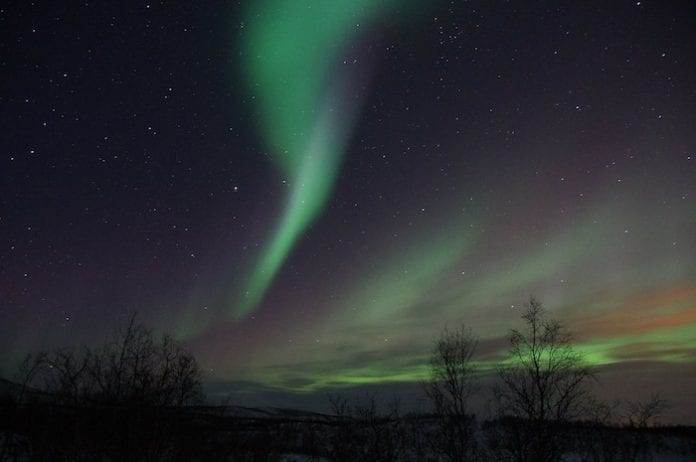 Northern Lights are expected to be visible over (Manchester) the north of England tonight.

Scientists predict that due to a geomagnetic storm, the Northern Lights, scientifically known as aurora borealis, might be visible further south than usual.

Residents across Scotland, Northern Ireland and the north of England might be in for a treat if the skies are clear.

Tonight (5th January) is likely to be one of the best chances for us to see the beautiful natural phenomenon and the further north you are the more likely your chance of seeing it is.

Incase you didn’t know, the aurora is created when solar wind particles collide with air molecules in the earth’s atmosphere, creating the beautiful colours in the sky. Although often green and blue, red and pinks are also visible.