Radio station XS Manchester launched on Monday 7 March on 106.1 FM with the tagline, ‘Let the good times roll.’ It’s a rebrand of Real XS and aims to show that quality music can be combined with exciting new approaches to covering the city’s sport, arts and culture, says Emily Oldfield 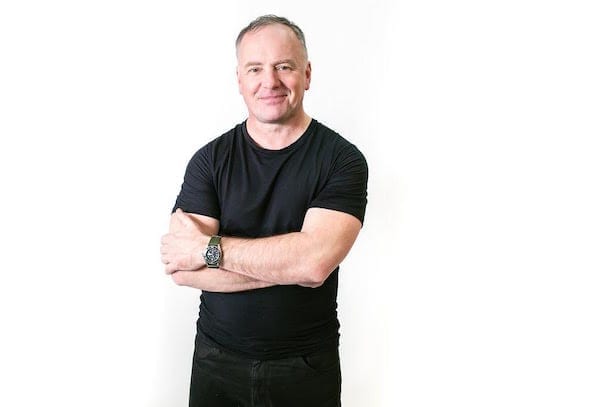 XS Manchester combines fresh faces with old favourites. It’s a recipe which seems to work well. Steve Berry carries on in his Real XS role as weekday breakfast host. He’s a proud northerner who celebrates the ability of radio, especially through rock music to connect people across the city.

“Manchester is a strong city when it comes to music,” he told me, “and this a station which plays music that doesn’t seem to get an airing anywhere else. I’ve been at the controls for five years. The type I’ve been playing hasn’t really changed, but very few other stations seem to offer anything similar and there’s no BBC equivalent.”

So expect a music policy which doesn’t just choose the usual tunes but opens up the entirety of the rock genre from classic to contemporary. Even just one morning’s worth of music from Steve, whose show starts at 6 am, is enough to fuel you up for the day.  For example, Primal Scream followed by The Who, then the raw sounds of The Clash, capped off with Simply Irresistible – and all this before 6.30 am has even arrived.

Steve, who grew up in Bury, says it was local radio broadcasters which inspired him from a young age:

“Mike Sweeney – he was a great inspiration to me as a kid. He’s a Salfordian. He couldn’t be anyone else. He showed that you didn’t have to be fake to make it on the radio.’

Far from fake, Steve’s own shows combine music with some great memories. Despite his wide and varied career as a sports journalist working on the likes of Top Gear and Talksport, he always seems to return to the North.

“There is a commonality… something shared,” he says, sharing his childhood memories of buying an Alex Stepney goalie kit from a shop in Bury. It is these kind of tales which show Steve clearly cares about connecting with listeners – it’s highly refreshing and, in his own words, “what broadcasting is all about.”

Funnily enough Alex Stepney himself is one half of the team presenting  another new show on Radio XS – the Legends Football Social, a football phone-in featuring not only the United hero but City legend, Paul Lake. So whether you’re red or blue, there will be something for you.

Steve thinks some radio stations make the mistake of assuming that everyone is on the same schedule, starting with ‘horrible Monday’ and working through the week to ‘fabulous Friday.’  But modern workers have different lifestyles, so rather than tie his shows to a dull routine of the working week, he thinks a radio programme should be for people who tune in and out of as they are ‘going about their business’. This is, he says, “something people in radio don’t readily admit to” – the idea that what makes radio so great is that you can listen in whilst getting on with something else. It isn’t something to be ashamed of.

XS Manchester have already made themselves comfy online, connecting with listeners through their social media and a website which provides easy access to itunes for every track played. It also features The Knowledge, a page of quirky articles with a Mancunian edge with tips like ‘5 alternatives to swearing at Salford Quays’.  Laughs and a local feel are just as real on the radio itself, whether it’s announcing the weather or making regular travel updates more exciting.

It’s a station which celebrates the rock of ages. It’s like a rock selection box, keeping audiences excited. Broadcasting with the banality taken out.