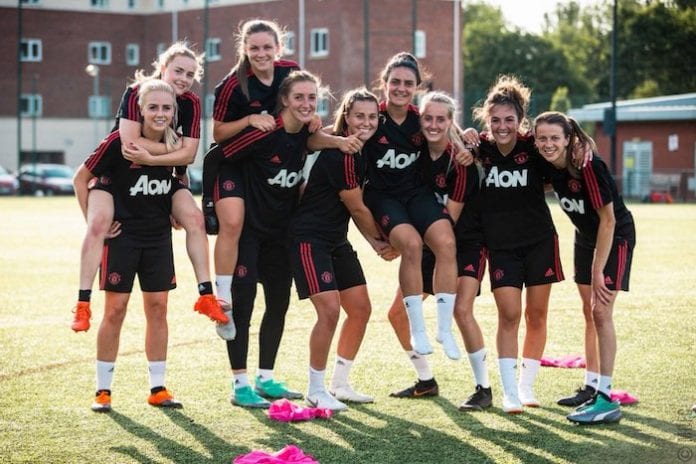 Will the return of a Manchester United women’s team after an absence of 13 years change the face of women’s football and attract more fans to the game?

The Reds’ head coach Casey Stoney believes they can do both – and that women’s football is “desperate” for a Manchester United side and told the BBC that the game “needs us to do well”.

Despite the team’s first season back being in the second tier – the FA Women’s Championship – Manchester United Women kick off the season on Sunday with a tasty clash against Women’s Super League 1 side Liverpool in the first round of the Continental Tyres League Cup. The away match is at Tranmere Rovers’ ground, Prenton Park.

Their league debut in the Championship is away to Aston Villa on 9 September followed by their first match at home in the 12,000-seat Leigh Sports Village Stadium against Sheffield United on Thursday 20 September. 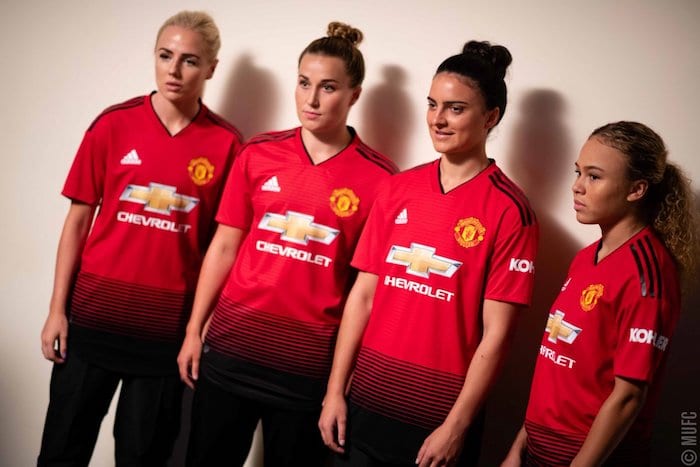 Though the team is based at The Cliff training ground in Salford and there were reports that they would play their home games there, a Manchester United spokesman told us: “The women will train at The Cliff but it was always the intention to play home matches at Leigh Sports Village.”

If United Women really do want to change the face of the game, they need to win swift promotion to Super League 1, won by a margin of six clear points by Chelsea FC Women over Manchester City Women last season.

Stoney is ambitious. The former England captain says her team wants to go one better than City, who, with Chelsea, have been the dominant forces in recent seasons.

United disbanded their senior women’s side in 2005, leading promising young players to seek other clubs. England midfield player Izzy Christiansen joined Manchester City and now plays for Lyon. The decision to disband also left United, along with Real Madrid, as the only two of the world’s ten richest clubs not to field a senior women’s side.

The turning point for women’s football came in 2011 when the game turned semi-professional. It is also probable that the success and high profile enjoyed by Manchester City Women spurred United’s return to the fray.

Stoney told BBC Sport: “I understand why Manchester United didn’t come in earlier, because they didn’t feel they were in a place to do it properly, and this club doesn’t do anything unless it does it properly. I can honestly say I’ve never been at a club where the levels of detail and standards are so high. They want the team to be successful and they want the players to have the best opportunity to be able to develop.”

Before a ball has been kicked, United Women must be among the favourites for promotion to Super League 1. The team is fully professional and boasts seven former centre of excellence players in the squad. It also has two England international players in former Liverpool goalkeeper Siobhan Chamberlain and defender Alex Greenwood who skippers the side.

When the club was admitted to the Championship, United’s executive vice-chairman Ed Wooward said: “Starting a professional team from scratch is challenging but rewarding and we will make every effort to provide the support and experience for the new women’s team to be successful and to uphold the fine traditions of our great club.”

Clearly United Women mean business and have not back just to make up the numbers.