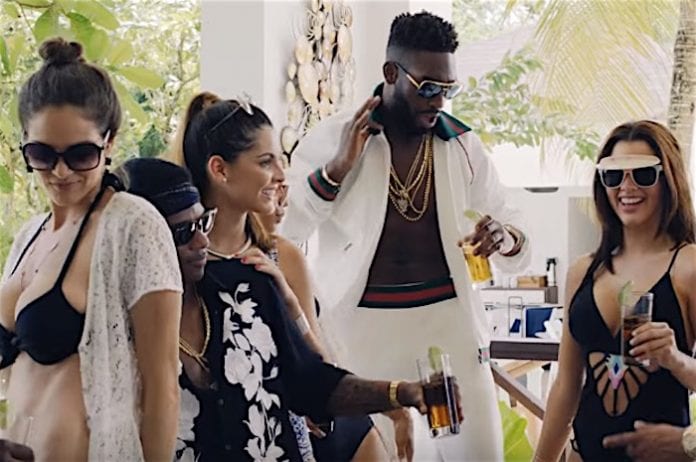 Young people may be first in line at the Arndale for the mid-term sales, but when it comes to voting we’re nowhere near the front of the queue.

Around 75% of people aged 65 and over will be voting in this coming election – unless something awful happens in the next few weeks and they all get hit by a bus or eaten by Alsatians – but only around 42% of 18- 24 year olds will do the same.

At the last election, over 15 million people didn’t vote – that’s more than the number of people who voted for each party. Most of those who didn’t vote were millennials and the homeless. 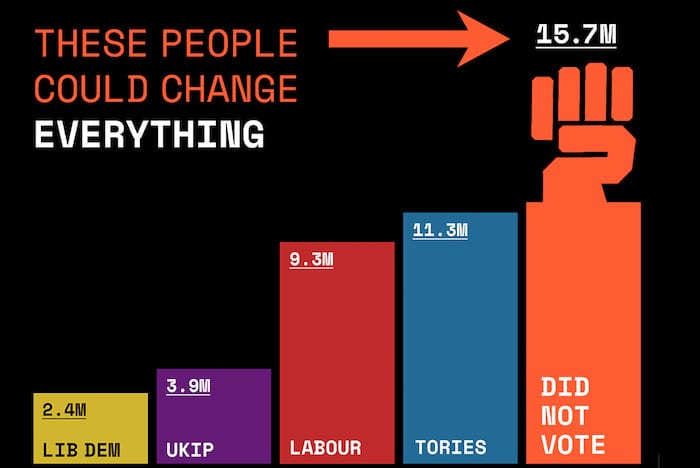 Over 65s coming out to vote and under 24s staying in has been pretty standard for the past few years. That’s why we’re now all hearing so much about the pros and cons of the triple lock on pensions but hardly anything about student fees and housing benefit.

So why aren’t we voting?

Let’s take the EU referendum as an example. When polled before the vote, 73% of young people supported Remain. But when it came to voting, only 36% of 18-24 year olds actually voted. 64% of young people didn’t bother but probably tweeted about it afterwards. Maybe put up an Instagram post. Maybe signed a petition or two when the damage was done. Don’t make the same mistake this time around. Just take a listen to Lowkey.

Young people in Manchester seem to be just as unsure about politics. We interviewed a 21-year old man from Withington who said: “The politicians don’t f***ing care. They decide everything – not me. What they say goes. It’s not worth it. It’s pointless voting.”

They put forward policies for the people who put them in power. And since the over 60’s are doing a pretty damn good job of this, all parties take them seriously. This won’t change until millennials get out and vote – regardless of which party they back. In the words of Rize Up – a movement supported by the likes of Professor Green and Tinie Tempah – to be represented, we need to represent.

Old dudes deciding the future of young people is so FUN

So take all the selfies you like and twerk to your heart’s desire, but on the 8th June get to the polling booth and cast your vote. You might not get another chance until 2022.

Vote for who you like, but don’t turn around when you wake up on the 9th to an outcome you didn’t want and say ‘I didn’t vote because the politicians don’t care about me.’ They don’t care because young people don’t vote. Let’s change that.