Manchester City had some great news prior to Saturday’s trip to Cardiff City. The club’s legendary leading goalscorer Sergio Aguero had signed a contract extension.

The Argentine striker put pen to paper on Friday, committing himself to the club until 2021 – at which time he will have given the club a decade’s service.

Aguero has been a huge talent since he first stepped foot on a football pitch as a young kid in his native Argentina – not so much a pitch but a patch of land.

The 30 year-old is currently playing his best football since the arrival of Pep Guardiola, according to the Daily Mail’s Jack Gaughan.

Having had surgery on his knee toward the end of last season Aguero started this campaign in blistering form scoring four goals in six appearances – he also has two assists to his name.

David Silva agreed a new deal last year which will see him at the club until 2020.  The Spaniard has been influential during his time at the club and with Aguero following suit, there is much to look forward to.

With the older heads such as Aguero, Silva and Vincent Kompany, lots of younger talent on the books and a manager who expects perfect football, everyone at the club is learning and improving at a faster rate, according to Sergio.

“’It’s true that we’ve got a lot of young talent, that in the future can make the difference, at the same time the youngsters are quite developed already, like Leroy (Sane), Raheem (Sterling), Bernardo (Silva) and Gabriel (Jesus).

“’There are a lot of players that have got things to improve and learn, but being in this club you learn and improve faster than anywhere else.

“’We have a good team, we need to be focused and if we are at 100 per cent, we have lots of chances to do great things”.

Doing great things is something that Aguero does best – all-time leading goalscorer with over 200 goals, three Premier League titles (how could we forget that first one?), and three league cups to his name.

Prior to Saturday’s game, Talk Sport took a look at how Aguero compares with the likes of Mo Salah, Harry Kane and a host of other top Premier League talent – both old and new.

Following the goal against Cardiff, Aguero now sits in tenth place in the list of all-time Premier League goalscorers on 147. All the players above him are retired, apart from Jermaine Defoe.

The contract extension brings about some exciting possibilities for the Argentinean to really achieve greatness. With three seasons hopefully left for him, another 53 goals will see him join the 200 club, a truly elite class which currently only has two members. 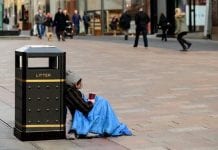