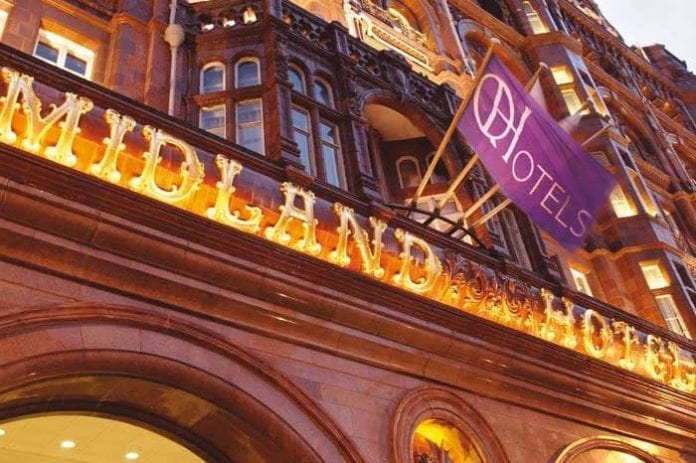 It’s one of the best known stories about Manchester. Everyone who has ever been here knows it. Frederick Henry Royce met Charles Stewart Rolls at the Midland Hotel on Wednesday 4 May 1904 and decided to go into business together.

There are two commemorative plaques outside the building. Every year on 4 May the Rolls-Royce company celebrate the event at the hotel. Tour guides are fond of telling customers “Here’s where Mr Rolls met Mr Royce.” 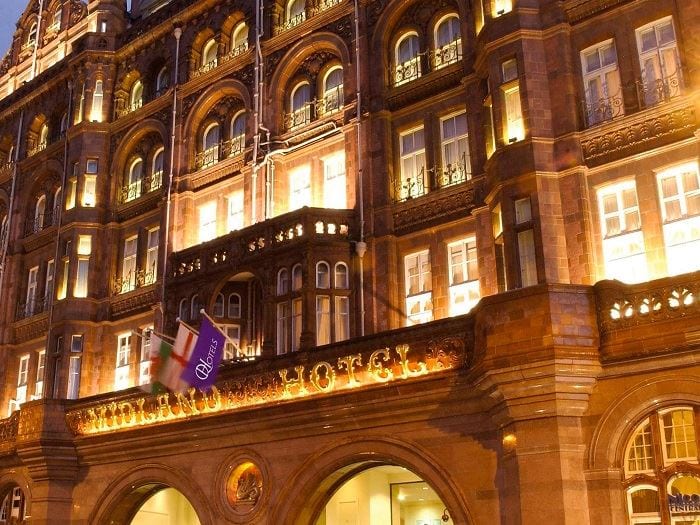 I love research. I love starting with a blank piece of paper and taking it from there. My journalistic training tells me not to believe stuff just coz everyone is saying it. I trained with the best (Steve Wilkinson, Andy Spinoza, Chris Paul, Roland White, Francis Wheen, Ian Hislop).

Edward VIII abdicated to be with the woman he loved? Nonsense. He was forced out by MI5 and friends for being a security risk. It took a lot of work to unearth that.

The pillar box on Corporation Street outside Marks & Spencer is the one that survived the 1996 IRA bomb? I know for a fact it isn’t regardless of what “everyone” says.

So what about this Midland Hotel business? Why does anyone think they did meet there?

The story comes from Henry Edmunds, the businessman who accompanied Rolls to Manchester that spring 1904. “I remember we went to the Great Central Hotel in Manchester and lunched together and I think both men took to each other at first sight.”

We’ll come back to the Great Central Hotel later. Edmunds said nothing else. Everything else is conjecture. Neither Edmunds, Rolls or Royce ever mentioned the Midland Hotel. There is no identifying photograph of any such meeting. And just to add to the haze, Lord Montagu of Beaulieu’s history of Rolls Royce states “no record has been kept of the meeting”.

According to C. W. Morton’s similar history: “There has never come to light any reliable evidence as to what precisely was said by R & R or what business arrangements were actually made as a result of this first meeting.”

The story originated in the 1950s long after all three men were dead.

Now let’s have a look at the backgrounds of Messrs Edmunds, Rolls and Royce.

Henry Edmunds was an electrical engineer who visited Alexander Graham Bell and Thomas Edison in America. Rolls was a wealthy Old Etonian playboy and motoring enthusiast, believed to be only the fourth person in England to drive a car. He broke the world land speed record in 1903 in Nottinghamshire during trials to represent the British team in the Gordon Bennett Cup by driving his Mors at 84.73 mph, only to be disqualified due to suspect timing apparatus (the Aussie cricket team tampered with the clock).

Frederick Henry Royce was 14 years older than Rolls. That might be significant. When Rolls was born in August 1877 at 35 Hill Street, Mayfair (not Berkeley Square, Wikipedia), Royce was working as a telegram boy in the district.

A wonderful story, possibly apocryphal, tells how Royce delivered the telegram to the Rolls family from their relatives congratulating Mrs Rolls on the birth of her son, Charles Stewart. Lovely story. Impossible to verify but harder to make up.

Royce set up an electrical firm in Hulme and while living in Brae Cottage, Legh Road, Knutsford, in 1898 became the first person in the vicinity to light his house with electricity.

We know that Henry Edmunds travelled to Manchester that day with Rolls. It was definitely 4 May because Royce gave Rolls a bracelet inscribed with the date.

In his Reminiscences, Edmunds explained how he and Rolls took the train from London. He didn’t say from which terminus. They sat in the dining car discussing business and lunched with Royce at Manchester’s Great Central Hotel.

There was no Great Central Hotel in Manchester so all the commentators that have got that far explain that they must have exited at Central Station (now Manchester Central) and popped into the hotel next door, which Edmunds mistakenly called “the Great Central”.

Good call. Except that no train left London that week with a dining car arriving at Central Station in time for lunch. The only train they could have got was the one that left Euston at 8.30am.

Where did that train fetch up? London Road (now Piccadilly) Station which was – and this is crucial – the Great Central Railway’s Manchester headquarters, not Central Station.

So perhaps Edmunds and Rolls got a cab across town to the Midland Hotel? If that was the case, arriving at the carriageway at the front where cabs halted, why did Edmunds think it was the Great Central Hotel when it has always said “Midland Hotel”? And why in the first place would they have wasted at least half an hour travelling across town to the Midland in clogged traffic that was worse than today?

Sceptical, I consulted Kelly’s Post Office Directory for 1904. First I verified that under “Hotels” there was no Great Central Hotel.

Then I turned to the entries for the surrounding streets. Under “London Road” there was the usual Edwardian paraphernalia – tobacconist, blacksmith, draper, ostler, French polisher – then there was the entry for “London Road station”, an entrance from the street below the station, and right bang next door “the Great Central Refreshment Rooms”  – just the kind of smart, no nonsense place two hungry men, with no time to waste, might meet a third to do a bit of business.

Ed Glinert is the tour guide of New Manchester Walks’ highly entertaining and amusing tour of Manchester’s most famous hotel (with optional sumptuous refreshments) one Sunday a month and nearly every Monday lunchtime.