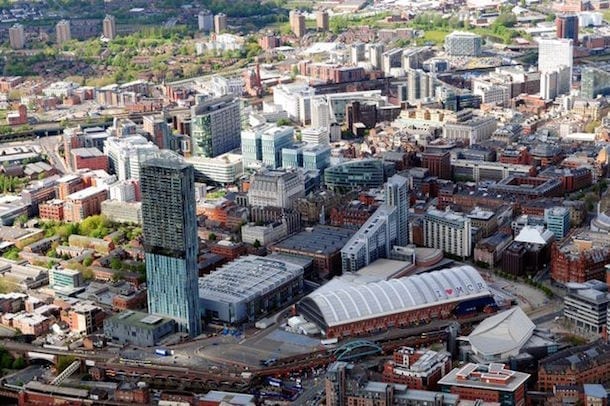 As you’ll have noticed, Manchester ranked number 46 in this year’s Liveability Survey published by The Economist Intelligence Unit. Readers of ILM will know, of course, that this is nonsense and that Manchester should, in fact, have been top. Simon Binns takes a look at the cities that finished ahead of Manchester and outlines why they’re not quite as good. Not that we’re biased or anything…

Melbourne – On the other side of the world. Literally. Wall-to-wall Fosters and people in board shorts.

Vienna – It means nothing to me. Yodelling.

Vancouver – Never been. Supposed to be nice though. That’s annoying. Erm…you might hurt yourself skiing?

Toronto – Been here though. No history or soul. A waitress was once rude to me in Planet Hollywood.

Calgary – Everyone constantly bangs on about the Winter Olympics. Probably. Windy.

Perth – Miles away from anywhere, even the rest of Australia. Sharks.

Hamburg – Everyone is required by law to wear lederhosen. Even pets.

Montreal – Is it Canadian? Is it French? Either way, they hate you.

Osaka – Everyone will have a better haircut than you.

Brisbane – Full of people from Scotland who arrived there via a BBC1 mid-morning documentary and now want to go home.

Honolulu – Grass skirts are impractical in the long-term.

Berlin – Next level hipsters. You are not ready.

Wellington – A miles away version of Saltburn, N Yorks.

Stockholm – Has now been transformed into a giant noir drama TV set where everyone is suspected of murder.

Amsterdam – Stag parties, every hour of every day.

Brussels – Underwhelming fountain of a little boy having a wee. Good beer though.

Munich – Confusing airport escalators. I fell off one. I may have been drunk. But still.

Barcelona – They call the Ramblas, ‘the Market Street of Barcelona’. So you may as well stay here.

Washington DC – Gets blown up in nearly every Hollywood film. And an episode of 24.

Atlanta/Chicago/Boston/Miami / Pittsburgh/Minneapolis/Cleveland – all in America, which is rubbish. If you can point to more than two of them on a map, I’ll give you £1.

Rome – No civic pride. Let their biggest buildings turn into ruins and do NOTHING.

Budapest – Split in two. Confusing. Once went to a spa there and saw an old man with his knackers out. Decent castle though.

So there you have it. Irrefutable, highly scientific and in no way made up reasons as to why Manchester should actually have finished first. As for London…well, the less said the better.