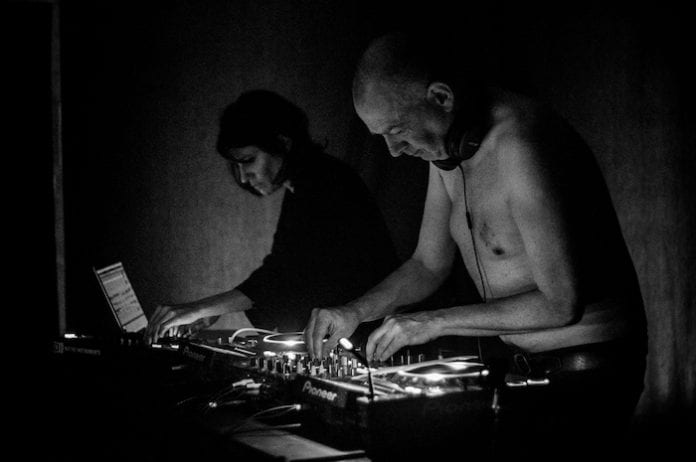 Despite the pleasures of the internet and its potential to amuse us 24/7, I don’t see any evidence that we’ve lost our appetites for live events; for leaving the house and enjoying social activities.

I reckon that around Manchester there are currently more spoken word events, print fairs, live music nights, theatre shows, and dance parties than ever before.

Manchester International Festival is gearing up to announce sixteen days of events and activities in July. It takes place every two years. In the intervening years, months and weeks, the city is blessed with a host of venues, promoters and other inspired individuals staging great work.

Simon Buckley runs the Not Quite Light festival, which takes place over four days at the end of March at several venues in Salford. It includes art, spoken word performance, debates and music in roughly a dozen venues, including The Kings Arms, Five Four Studios Ordsall Hall and the White Hotel.

When Simon asked me if I wanted to programme an evening during his festival, I didn’t hesitate to agree. It’s a great position to be in. I get real pleasure from being able to give some exposure to talented artists of all kinds.

As you might expect, enquiries asking me to get involved in events are often requests to turn up and DJ places playing records from the Madchester and Hacienda scenes I was part of thirty years ago.

But just playing the “classics” sometimes seems too easy, and often not as thrilling as getting a chance to be part of a line-up of inspirational, new and/or undiscovered talent at a forward-thinking festival like Not Quite Light.

If you want to feel alive, you take a risk, right? I’m not going to bungee jump. I would be too worried that my brains might fall out of my ears.

But for the Not Quite Light festival, there was something that I wanted to do that challenged myself, in addition to booking the young talent. I’m doing an onstage ambient music art performance thing. It couldn’t be much more of a change from DJing.

In 2016, I worked with the French musician The Option to create an ambient soundscape, Breathless, to open the Manchester International Festival’s New Order shows at the former Granada TV studios.

The soundscape was built around my heartbeat, but included various other ambient and found sounds. It was described by New Order’s Bernard Sumner as “perfect”.

A recorded version was played before New Order took to the stage, but the piece had never been performed live until I presented it, distilled to 34 minutes, at a festival in Parma, Italy in October 2018.

The Italians loved it, even when I took my shirt off so we could press a microphone to my heart. When my heartbeat gets amplified through the speakers, it’s very weird.

I’m calling the whole event – me, the poets, the other performers – Heart & Soul. The night concludes with Salfrica, a one-off club night of Afro-flavoured house and disco with DJs Levi Love and Selina Nongaliphe Oliphant (aka SNO).

We’ll all be rooting for each other. Creative activity benefits us all. It’s often an individual thing but it all serves a greater purpose. Reaching out and supporting other creatives is so important.

I keep joking about taking my top off, but when I do it I actually feel quite vulnerable. The sound of the heartbeat, together with the disembodied voices, and effects and weirdness galore, is intense and overwhelming for me, as much anyone else.

But I’m also looking forward to hearing Evie’s set – she’s just 20 and studies at BIMM Manchester – and Eve’s poetry. She’s all of 22.

And my own nervousness won’t stop me enjoying Levi Love’s DJ set especially as I have no idea what he and SNO will play.

There are always things to discover. About other people, or about yourself. And if a hundred people come, the poets, performers, DJs, and the bills get paid. Simon from Not Quite Light and I are keeping our fingers crossed.