Passengers – and passers by – can tinkle the ivories when the mood takes them on the pianos at both Manchester Oxford Road and Victoria stations. Their performances feature regularly as videos on YouTube. In the underpass beneath Stockport station, pop-up stall holders sell items from second hand CDs and books to home made pies, cakes and artisan bread.

This could be a taste of things to come if transport bosses get permission to take over 97 Greater Manchester train stations.

Transport for Greater Manchester is proposing to transform local stations into community hubs that could provide facilities for gyms, cafes, health centres, art galleries and performing arts and concerts.

The stations are currently owned by Network Rail and managed on short-term leases by Northern Rail, TransPennine or, in the case of Stockport, Virgin Trains. But TfGM argues that this set-up doesn’t allow for long-term customer focus and has prevented station facilities evolving in line with passengers’ expectations.

If the Department of Transport gives the go ahead, more than £400 million – from existing funding streams and a top-up from Greater Manchester – would be invested in local stations over the next 20 years.

As well as putting passengers first, one of the key attractions of any such deal would be unlocking the potential to use related land for housing, commercial development and car parking. Greater Manchester wants to build 227,000 homes by 2035. Preliminary surveys suggest there is immediate scope for the construction of 119 housing units on underused land adjacent to stations.

Greater Manchester’s interim mayor, Tony Lloyd, greeted the proposal saying: “Many of Greater Manchester’s rail stations do not meet the expectations of the travelling public. Stations have lost their place in the community, more than half lack step-free access, and some can be intimidating to use, particularly at night.

“I believe it is important that our transport assets do not just meet, but exceed the demands of users. The case for change is clear. With a transfer of rail station responsibilities we can envision our local rail stations as thriving community hubs that can open up access to jobs, housing and leisure.”

Subject to an in principle government agreement by summer this year, 94 local rail stations could transfer to Greater Manchester custodianship in the next two to three years, with city centre Manchester Piccadilly, Victoria and Oxford Road to follow later. TfGM has been collaborating with established industry experts who have worked on large scale social enterprises to develop an approach to realise its vision for Greater Manchester’s rail stations.

Stockport station manager Karen Grimshaw said the pop-up shops in the underpass had been a presence for a couple of years, an initiative aimed at helping local businesses to get off the ground whilst at the same time improving the customer experience.

At Macclesfield station, one local artisan baker has been so successful he is taking on extra staff. And at Stafford, local buskers are welcome to take advantage of the accoustics on the station’s overbridge.

TfGM cites the restoration of derelict the station house at Irlam as an example of what could be in store for dozens of similar local stations. In partnership with the Hamilton Davies Trust and Salford council, the station now offers free parking for more than 60 cars, enhanced lighting and security cameras, extensive landscaping, a child-friendly area known as Platform 9 3/4 and large scale artwork on the Liverpool platform. 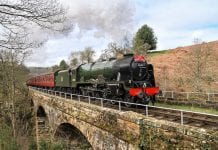 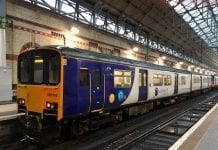