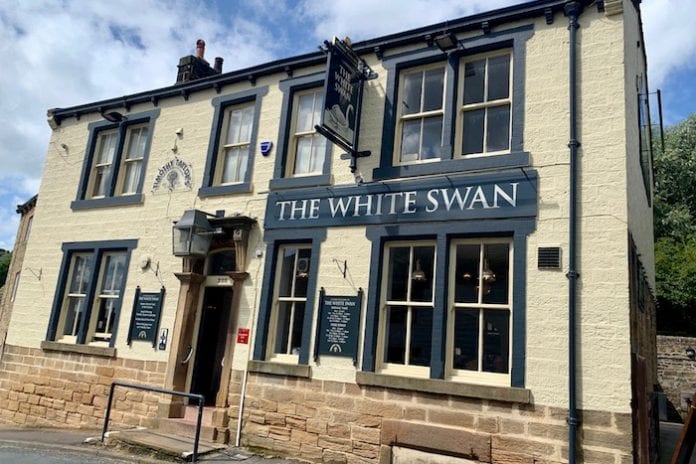 21 new Michelin one stars were announced for restaurants across the country last October, but there were once again none in Manchester. The city hasn’t been awarded a star since 1974.

But one new Michelin star which did get people talking was for The White Swan at Fence, a village pub not far from Burnley.

It is now one of only three establishments in Lancashire to carry a Michelin star – Northcote in Langho retained its star, with Moor Hall in Aughton awarded a second.

Despite appearances, this is no ordinary pub. Beyond the big traditional wooden bar and the roaring fire, there’s some real magic happening in the kitchen.

While you might be expecting pub classics, the menu here is far removed from the average boozer. Think organic salmon with English wasabi buttermilk rather than fish and chips. 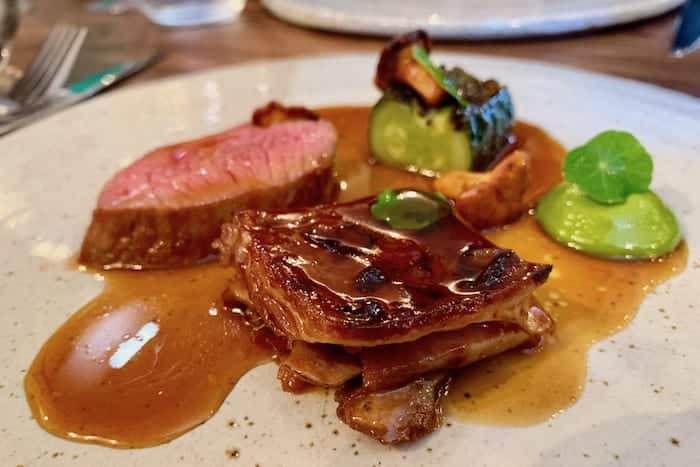 It’s no surprise to see that The White Swan’s Tom Parker was awarded chef of the year at the Great British Pub Awards 2019 held earlier this month.

So what’s it like to eat there? Does it deserve all the accolades? We headed to Fence to find out more.

Chef Tom has pedigree. He cut his teeth under Nigel Haworth at Michelin-starred Northcote before taking over the kitchen at The White Swan. His menu is creative and confident, and we can’t resist trying the seasonal six-course tasting menu, priced at £60, to get the full experience.

And £60 is, it turns out, extraordinarily good value for what you get. 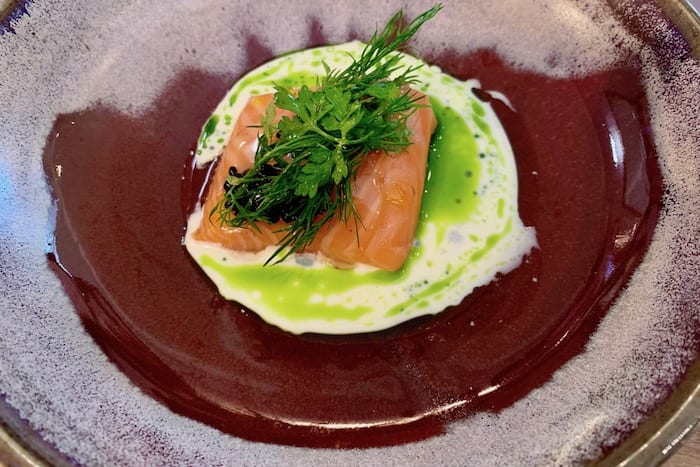 We start with a pretty plate of warm salmon ‘gravalax’ with English wasabi buttermilk, apple and fragrant dill. The vivid green and white buttermilk sauce is poured over the soft, succulent salmon at the table.

A chatty group of six, we immediately fall silent as we eat and appreciate. It’s good. Really good.

Next is a delicate tomato consommé, full of fresh fragrant flavours of white wine, basil, shallot, garlic and the sweetest tomatoes. It comes with just-crunchy garden courgettes, herbs and flowers.

A little plate next to it is for the accompanying Hebden Bridge goats cheese gnocchi – a plump individual pillow so utterly, meltingly delicious we discuss sneaking into the kitchen to see if there are any more we can steal. Who knew gnocchi could provoke such longing? 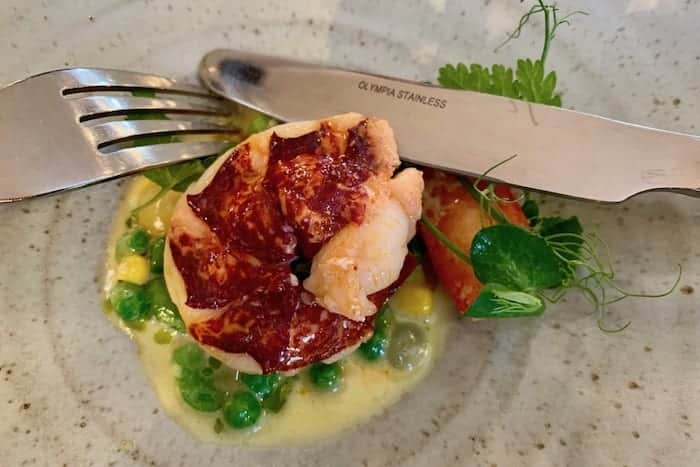 More plates follow in quick succession, each as skilful as the last.

And then come two puddings which can only be described as joyous.

Tiramisu is much more complex than the name suggests, made with banana ice cream, Valrhona chocolate and coffee caramel. 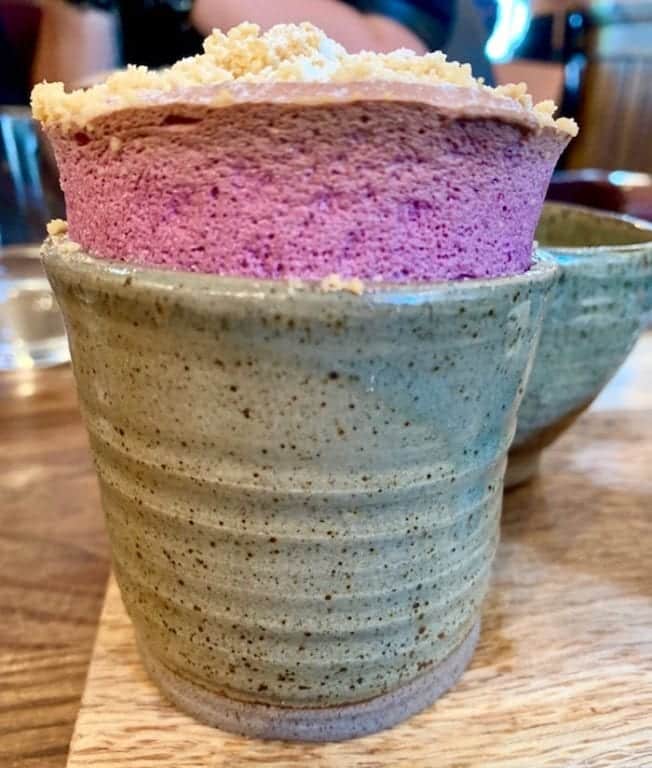 A blackcurrant crumble soufflé is magnificently purple and logic-defyingly light. It comes with a red currant ripple ice cream and the most addictive custard made with Yorkshire liquorice.

It’s thrilling stuff. The staff, seeing how much we’re enjoying ourselves, ask if we’d like to see the cheeseboard. Well, of course we would. And it’s magnificent.

There’s a stunning choice from The Courtyard Dairy in Settle, North Yorkshire.

Soft, gooey Winslade (like a cross between Vacherin and Camembert), Cumbrian St James, punchy Petit Langres and a heady truffle Pecorino from Italy are amongst the 20-plus perfectly kept specimens. 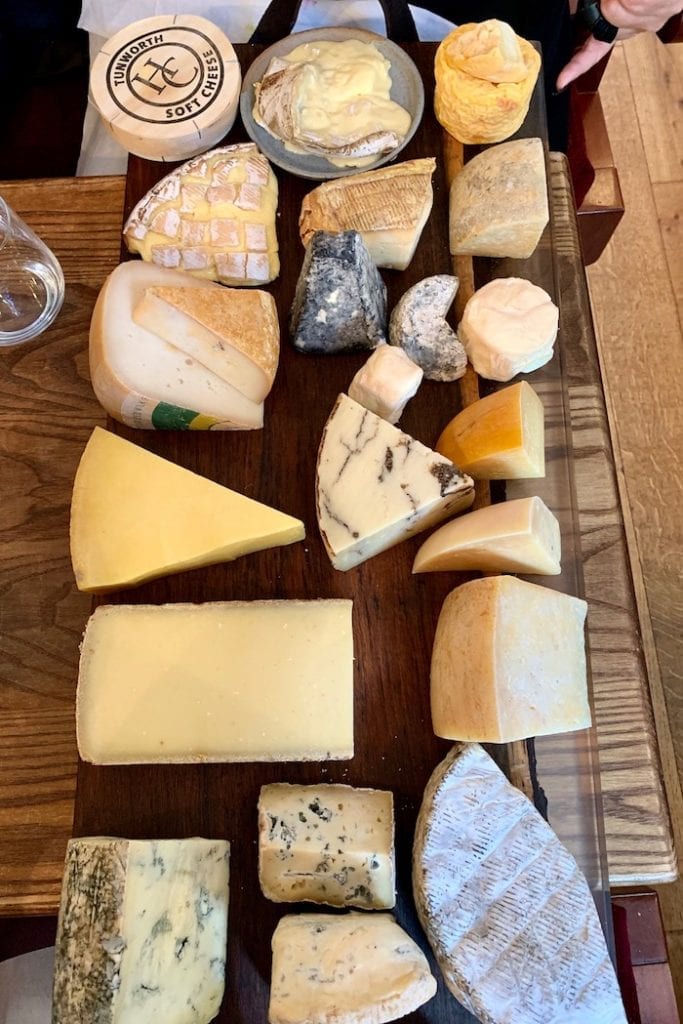 If you don’t want full-on gluttony but would prefer to try a couple of dishes rather than commit to a full tasting menu, the pub also does two courses for £27 or three for £35. Choices on our visit included the consommé, gravalax, lamb, lobster, and tiramisu from the tasting menu. Add that jaw-dropping soufflé for an extra £5.

It’s great value for Michelin starred cooking of this calibre. We’re already planning our next visit. 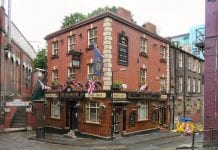 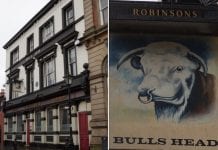 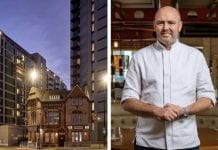 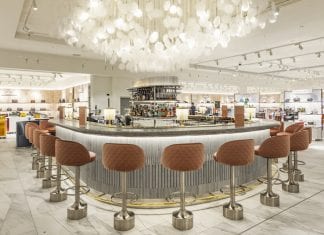