What’s the big deal with bubble tea? How Manchester is going boba crazy 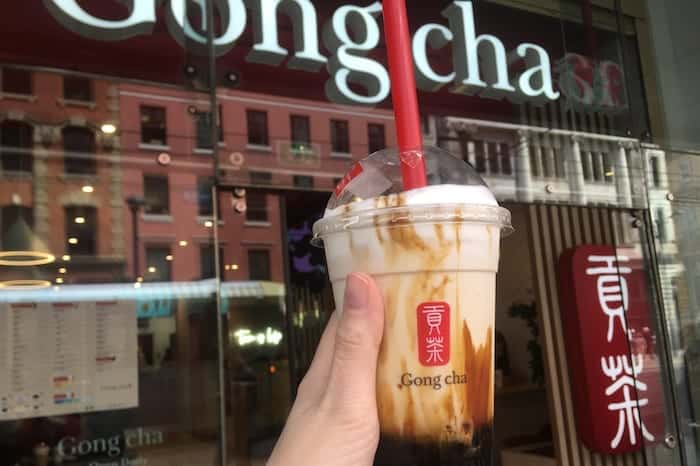 Love it, loathe it, or simply have no idea what it really is – there’s no mistaking that bubble tea is currently taking Manchester by storm.

Three shiny new cafes serving the Taiwanese tea treat have popped up in Manchester city centre in the last two months alone – and by the looks of the queues of punters waiting to get into the establishments it looks like it’s a trend that’s here to stay.

Bubble tea, or boba, is so named because of the chewy tapioca balls brewed into the milky mixture. There’s a whole raft of flavours, and different pearls, fruit jellies and puddings that can be swilled into the mix for an intriguing texture and taste sensation.

The drink has long been a staple in Manchester’s Chinatown, with a wealth of cafes and restaurants serving the sweet treat, but with the latest high profile launches it is bursting onto the high street too. 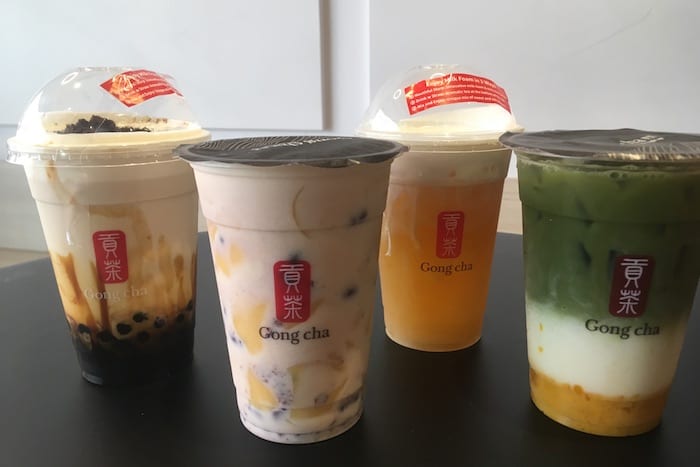 Taiwanese bubble tea giant Gong Cha was the most recent to make the move to Manchester – opening its first UK shop here on Moseley Street close to Piccadilly Gardens in the city centre to join its world-wide chain of 1500 stores.

It’s a sleek and stylish new space, with a bubble-adorned roof and plenty of mirrored slogan walls perfect for that selfie moment with your boba of choice. And there is a lot of photo taking in the bubble tea world, it seems.

Indeed manager Justin Liew puts the success of certain drinks on the menu down to how good they will look on your Instagram feed. That includes their lemon watermelon drink with basil seed (that look a little like frogspawn) and a mango matcha fresh milk drink that is served up in colourful layers, before you’re encouraged to shake it all up to get the intense mix of flavours. 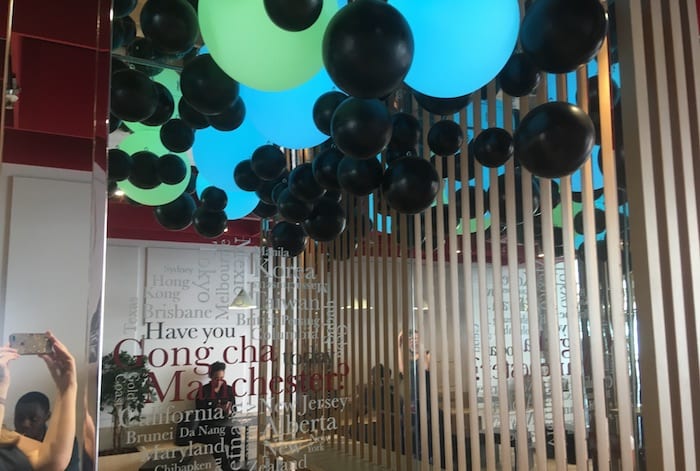 But their most popular drink since launch in Manchester isn’t tea at all – their “dirtea”.  It’s perhaps befitting of the Western palate with its rich, sugary milk, creamy foam and tapioca pearls enriched with brown sugar – oh and Oreo crumb on top just to add to the decadence. Justin smiles: “It’s a feeling of treacle and I think gives people childhood memories it’s so sweet.”

Gong Cha is a well known brand in Taiwan, and as such it’s already drawn a big crowd of Manchester’s international population too, with the menu fully displayed in both Chinese and English. But Justin said that their location, right next to Piccadilly Gardens, is bringing a whole new audience to the drinks too. 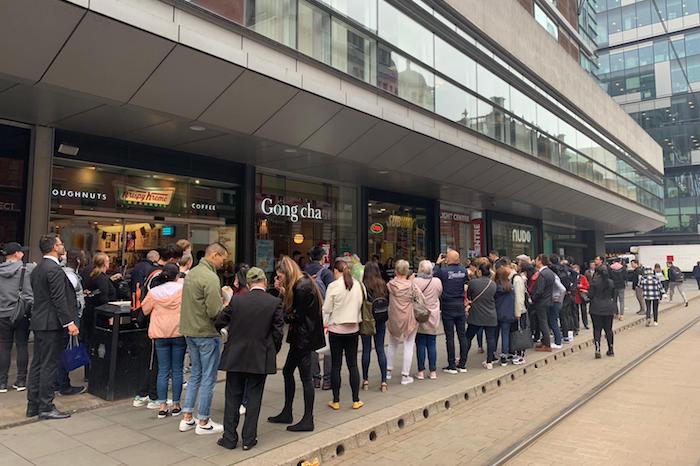 They’ve tried to make the menu as simple as possible for those people who’ve never tried it before – giving out a checklist of what you need to request when ordering like your required ice level, toppings and sugar level (you can opt from 100 per cent to 0 per cent on the sugar). It is certainly a mind-bogglingly vast selection of drinks – and it is only drinks you’ll find here with no food options. Mind you, some might say one of these milk and sugar heavy drinks is almost a meal in itself – and a regular size tea will set you back from £3.50, up to £5 for a large dirtea.

For other new arrivals on the boba scene, there has been the synergy of adding bubble waffles as an offering alongside the tea including Bubbleology which recently launched on Cross Street. 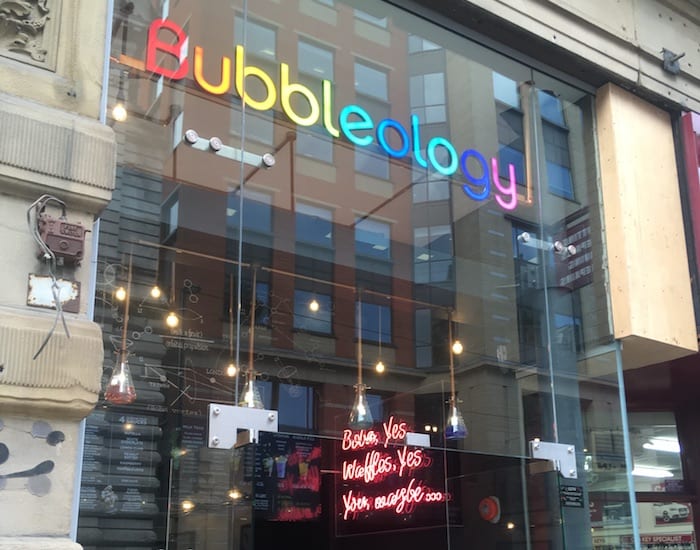 Meanwhile at Tealive, just along the road from Gong Cha on Moseley Street, there have been huge queues of punters waiting to head inside for their take on the bubble tea trend, since launching here last month.

Thank you Manchester for all the love!! #grateful #tealiveuk

As well as traditional pearl teas there’s the likes of matcha latte with caramel pearls, avocado and chocolate smoothies and fresh orange iced teas.  And the added bonus of a host of influencers and celebrities posting about the drinks too.

If you’ve never tried a bubble tea before, it’s certainly an intriguing sensation. The teas are served in plastic cups with a sealed top that you punch an extra large straw into. Extra large because you need the extra suction to get those large, jelly-like tapioca pearls in your mouth. 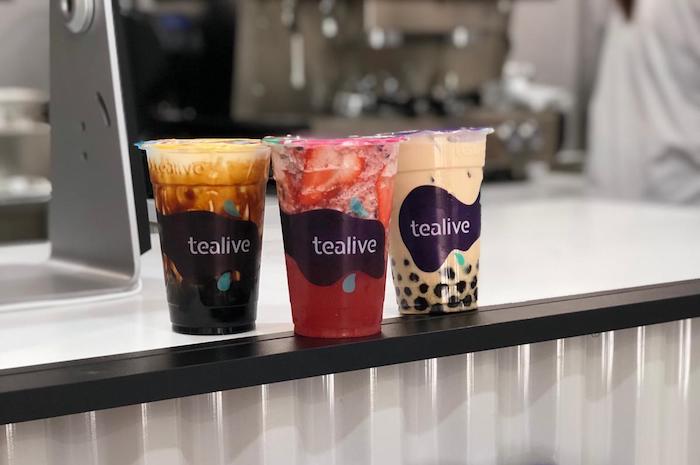 And with rumours of more bubble tea venues set to open in Manchester soon, there’s no escaping the bubble tea trend.