What’s on at the theatre in Manchester this month?

A round-up of the best shows around to help you escape the winter gloom... 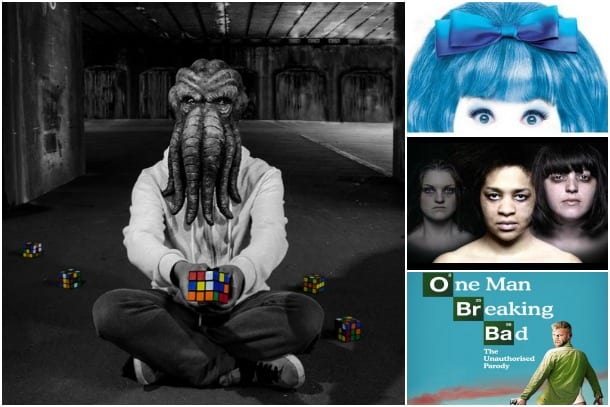 You’ve probably noticed that there’s a chill in the air, the days are getting shorter, and it’s dark when you wake up and dark when you leave work. Sigh. What better way to get a quick pick me up than a trip to the theatre. So here’s a round-up of the best shows around to help you escape the winter gloom, says Kate Morris…

We all know too well how hard it is to find the motivation to exercise when it’s dark and miserable outside. But there’s one way that’s guaranteed get those fingers and toes tapping – a musical. And you’re in luck because Manchester has two fantastic ones opening this week.

Hairspray, the irresistible feel good musical comedy, is running until Saturday 31st October at the Palace Theatre. Tracy Turnblad is a big girl with big hair and even bigger dreams living in 1960s Baltimore. After dancing her way into a spot on a national TV show, she campaigns for more integration on the show. Amongst the cast are TV stars Claire Sweeney (Brookside), Tony Maudsley (Benidorm) and Brenda Edwards (X Factor).

If you like your musicals more fact than fiction, then maybe opt for jukebox musical Jersey Boys, opening this week at The Opera House. Presented in a documentary style format, Jersey Boys dramatizes the formation, rise and eventual break up of The Four Seasons, so expect to hear some old favourites including “Can’t Take My Eyes Off You”, “Sherry” and “December 1963 (Oh, What A Night”). Jersey Boys runs until the 7th November.

What if you’re not into musicals? What if all you want to do is go home, grab your duvet and binge on Netflix? Maybe if you wish really hard a new series of Breaking Bad will appear. Well all the wishing in the world isn’t going to bring it back, but we have the next best thing, One Man Breaking Bad. L.A actor Miles Allen revives the super series in his parody performance with hilariously accurate renditions of all the iconic characters, including Jesse, Saul Goodman, Skyler, Hank, Mike and Walter White himself. Miles opens at The Lowry on the 27th October and tours the UK until 28th November.

Over on First Street, HOME is presenting the radical and stripped back version of Aeschylus’ masterful trilogy, The Oresteia. Written two and a half thousand years ago, director Blanche McIntyre proves The Oresteia is as relevant as ever. Dark as October nights, we discover terrible secrets are handed down through the generations in a bloody chain. Runs until 14th November.

Since we mentioned Halloween, we would be foolish not to recommend the phenomenal Pomona. This sinister and surreal thriller is showing at The Royal Exchange until 21st November. Ollie’s sister is missing. Searching Manchester she finds all roads lead to Pomona. This is where journey’s end and nightmares are born. Pomona is one of the most exciting experiences in theatre and one not to be missed.

Read More »
September 28, 2020
PrevHave you read?Manchester’s Most Haunted
Next read...Theatre Review: Oh What a Night! Jersey Boys at the Opera HouseNext