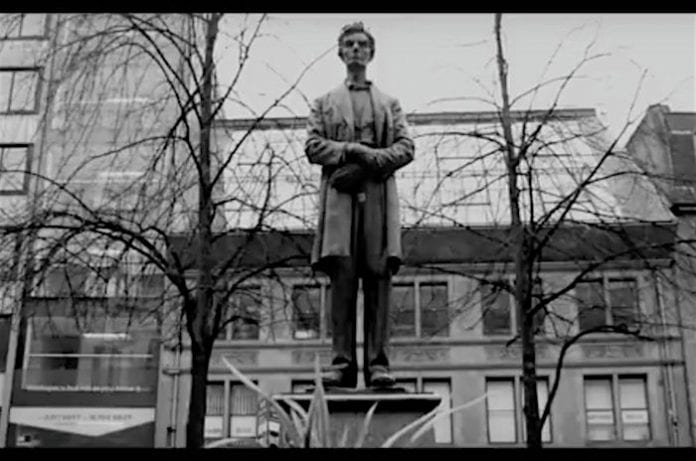 The fourth of July is a pivotal date in the American calendar, around which many of us can trace the seminal stages of our lives. As a child, it marked the end of the school year and the beginning of sweat soaked summer adventures away at camp or with relatives.

The fourth was a chance to congregate at a local community park with family and school friends one last time before reuniting in the fall, a little wiser about ourselves and the world for lessons learned through life experience and late night television. There were animal races, featuring everything from turtles to ferrets to greased pigs. There were eating contests featuring everything from hot dogs to chicken wings to watermelon. There were parades, marching bands and re-enactments of all descriptions and themes, which many of us joyfully participated in through school or church. The fireworks were the biggest and the loudest you had ever and would ever see. Little could be heard above the crackles and bangs of the fireworks and the collective ‘ooh’s’ and ‘aah’s’ of the crowd. After the grand finale, where the number and intensity of fireworks peaked, all that remained were the streaky remnants hanging heavy in the humid summer air and the chatter of the crowd keen to share their favourite part of the display.

As a teenager, we got to hang out in the park and watch the fireworks with our friends. If we were really lucky, we even got to drive there on our own. We played impromptu ball games like baseball, volleyball and American football. We participated in family competitions like corn hole, horse shoes and three-legged races. While we ran and laughed and watched relatives get too competitive, we were never far from the barbecue and a long table piled high with signature dishes from the households of family and friends. We ran and ate and drank and ran some more until all we could see was the dying light of charcoal and the cheerful smile of night carried in the bellies of fireflies.

As an adult, the fourth of July is a chance to pass down traditions, like aunt Irene’s famous deviled egg recipe or how to ensure that the charcoal briquettes work effectively as a team, to your children, nieces and nephews and their friends. By this time, we are well rehearsed in comparing this year’s fireworks display to last year’s, which were invariably much bigger and definitely better- a remark you will make every year. The fourth is a chance to spend time with siblings, parents and friends you went to school with before university, jobs and retirement spread them out across the country.

Somewhere along the line, we made the journey from America to Manchester. As Yankunians, the fourth of July can be bittersweet. We mourn the absence of the buzz in the air that only a summer bank holiday can bring. Being at work on the fourth of July is like referring to lunch as dinner and dinner as tea. It just feels wrong. We curse the various and seemingly inexhaustible impediments to visits home. In our minds, back home, life is going on, loved ones are ageing and traditions are taking hold without us.

But then, we Yankunians notice incredible things. We find that a twenty-minute walk in any given direction lands us in the midst of a park of staggering beauty – from Alexandra Park to Wythenshawe Park.

Every year, more and more restaurants across Manchester emerge featuring dishes from macaroni and cheese and gourmet hot dogs to chicken and waffles and root beer floats. Restaurants put on themed events for the fourth featuring everything from beer pong to burritos and more American flags than you can shake a corndog at.

Various expat groups from social media sites and social clubs put on lavish picnics complete with fireworks displays. Co-workers go out of their way to wish us a happy fourth of July. BBC Radio Manchester dedicates a couple of hours to call-ins from Americans so we can share our old and new traditions.

On a day when we celebrate our independence from Britain, an affair less like the demise of Gwyneth and Chris and more like the War of the Roses (the 1989 film with Kathleen Turner and Michael Douglas not the 15th century conflict between Lancaster and York), Mancunians not only wish us well. They welcome us and actually join in on our celebrations.

Together, we establish new families and new traditions like barbecuing in the rain and taking particular joy in singing the words to My Country ‘Tis of Thee out loud (instead of in our heads each time we hear God Save the Queen).

And then we realise that, on the fourth of July, we are at home here in Manchester and we are all the richer for it at each stage of our lives.