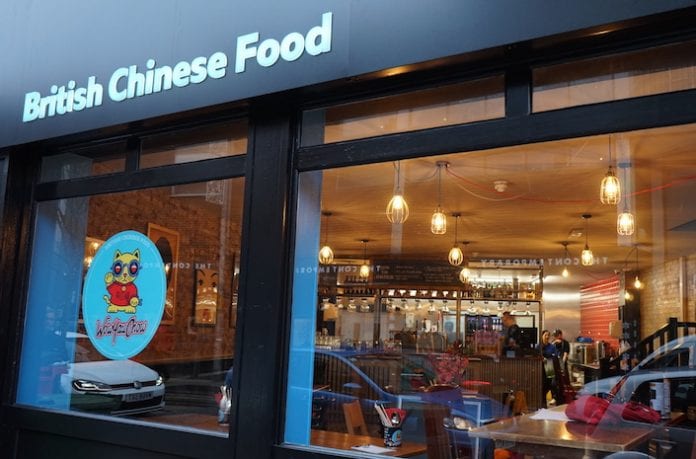 Hands up, who loves Chinese?

As a nation, we’ve got a whole lotta love for Chinese food. But what makes this newbie in Altrincham any different from your bog-standard takeaway?

Well, my friends, pull up a pew here and prepare to embrace the deadly sin of gluttony – there’s nothing bog-standard about WowYauChow.

The brainchild of Henry Yau, a former accountant who plied his trade in Canary Wharf, the place is a hybrid of two of Britain’s greatest institutions: top-drawer Chinese food and booze. 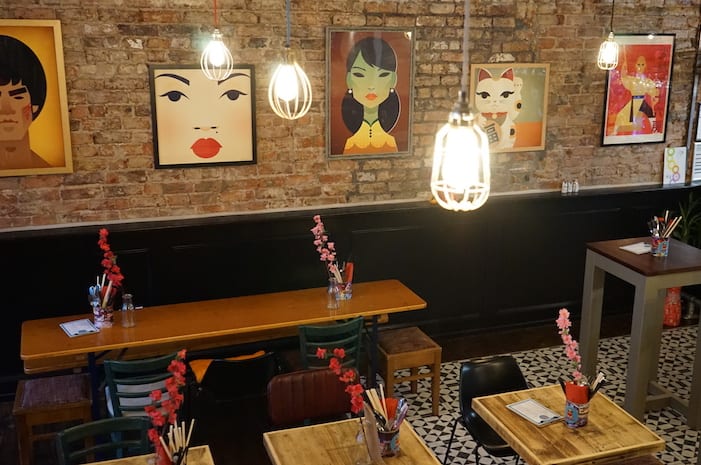 Until recently, Yau ran Cockadoodlemoo in Hazel Grove, but he’s now putting all his energy into the unpretentious ‘British Chinese Food’ brand, WowYauChow. And if things go to plan, he’ll have two more openings under his belt this year, in Stockport and in Rochdale.

And by God, I’m rooting for him – there’s so much to love about it.

I liked it as soon as I spotted it on Alty’s main drag lit up with tables full to bursting. It was a little ray of sunshine on a bracing Friday night in March.

Word’s obviously getting out about the brilliance of the cooking, the big-hitting flavours and the camaraderie that lingers from the kitchen and every member of staff. People were being turned away as we rocked up to our table. My advice? Although it’s a good call for an impromptu meal, it’s best to book ahead or nip in early doors to snag a table – any one will do. 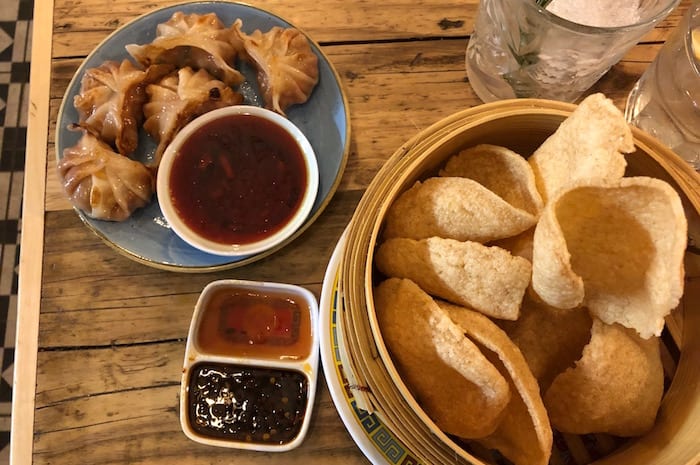 It’s a place for dates, mates, group shindigs, family meals – your grumpiest pal will struggle to find much to complain about. Interior-wise it’s contemporary without being achingly cool. Walls are cluttered with prints by Chorlton-based artist Stan Chow.

The open kitchen hums like a street food space in Hong Kong and the iconic golden ‘beckoning’ cats fill a whole wall upstairs – a nod to the restaurant’s logo. It’s witty and tongue-in-cheek without being too try-hard.

But whilst the restaurant’s façade flies the flag for fun times, the food has some serious foodie credentials with a region-hopping approach to China. The idea is to order a bunch of small plates – sharing is the way to go here. 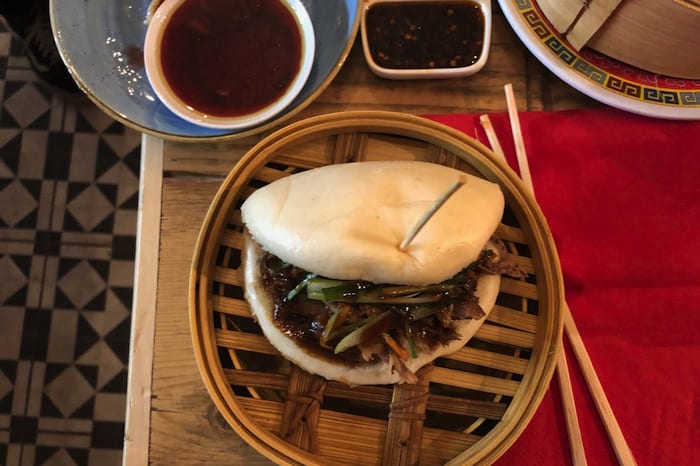 There are two guaranteed ways to get me into a restaurant. The first is interesting-sounding cocktails. The second is adding bao buns to the menu. WowYauChow does both with aplomb.

There are craft beers, infused gins with far-flung flavours like yuzu citrus and cherry blossom for that hit of exotica, and genius cocktails – the refreshing lychee martini was pure class.

As for the bao buns, they were right up my street: pillowy bao buns you could shove your face in, loaded with succulent crispy duck and hoi-sin.

The duck version came second fiddle, however, to the flank steak bao, dolled up with ginger, spring and crispy onions. There’s a pork belly bao too – I’ll be ordering that next time. 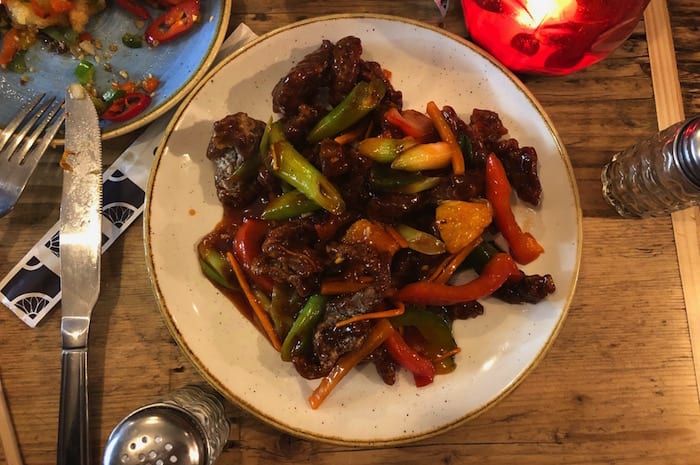 Pork and Chinese leaf dumplings were crispy-on-the-outside morsels of loveliness, and the king prawns of fury – salt and pepper chilli prawns – turned the heat up a notch with bang-on-full-flavours.

We also hoovered up a cracking crispy chilli beef with riffs of chilli, soy and ginger. It was delicate but punchy and superb.

The staff appear to have an unstinting loyalty to the place even though it’s only been open a few months. And our exuberant waitress explained the kitchen can freestyle your dishes – so if the kids are with you, they can take it easy with the salt and the chilli. 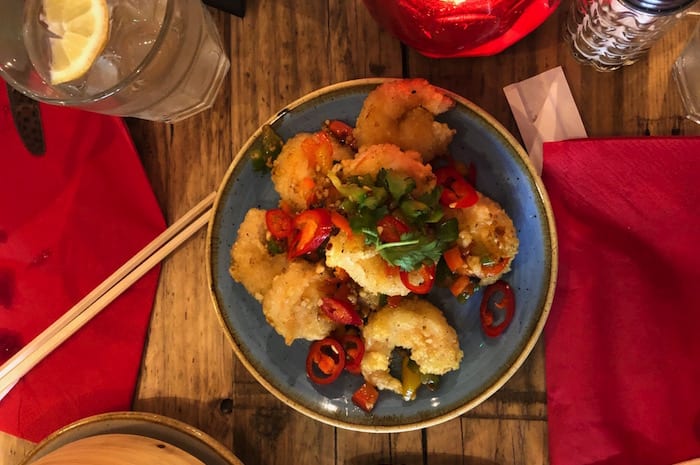 As for the future, Yau has lots of grand plans. He explained he’s hoping to introduce Hong Kong-inspired bubble waffles to the menu: hulking mounds of honeycomb-like waffles, ice cream, and fruit, as though engineered with Instagram in mind.

There’s no doubt he knows what he’s doing. After all, I’ve visited but once, yet I’ll be waxing euphoric about this new place for months to come.

WowYauChow may be an upstart but it’s accomplished, demonstrably tasty and fun in all the right places. Here’s me hoping he opens one in Wilmslow. Everyone needs a WowYauChow in their life.