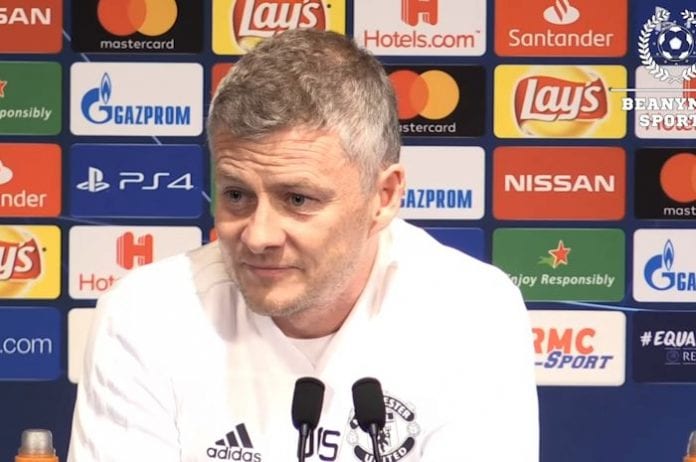 As a player, Ole Gunnar Solskjaer had a knack of scoring important – often last minute – goals, especially coming off the bench.

None was more important or memorable than his last gasp winner in the Champions League Final against Bayern Munich twenty years ago.

Since taking over from Jose Mourinho, his management career has been rather like his football career. A fairytale punctuated by the occasional miracle.

Last night he was in charge of a United side which beat PSG 3-1 to go through to the quarter-finals of the Champions League.

They became the first team in the history of the competition to qualify for the next time after losing 2-0 at home in the first leg and maintained their 100% away record under Solskjaer. They have now won nine successive away games.

As miracles go, it was right up there with the best.

They score after less than two minutes thanks to a back pass straight to Lukaku.

A player who is having a nightmare and who is out of position for PSG’s equaliser is injured and replaced by a teenager.

Angel di Maria (hiss), who apparently swore at United fans in the first leg, scores but the goal is disallowed for offside

By the end of the game, United have three teenagers on the pitch, one of whom is making his debut.

If that was the outline of a film script it would be dismissed as unbelievable. It reads more like a fairytale or something out of Roy of the Rovers

It was a victory so remarkable that it even had Gary Lineker, who isn’t known for being a United supporter, celebrating in the studio (but not Michael Owen).

When the Champions League draw was made, United were 80/1 to win it. Now they’re 10/1. That’s the Solskjaer effect.

United have been remarkably successful under Solskjaer. They’ve been totally outplayed plenty of times and somehow won.

So where did it all go right? What’s the secret of his success? Is he just lucky?

Perhaps he’s been dabbling in the black arts. Perhaps he has found a magic lamp and been granted three wishes.

He certainly looks remarkably young for his age. Perhaps he has a hideous picture of his real self in his attic.

Whatever the secret of his success, Ed Woodward shouldn’t just make him permanent manager. He should put him in charge of catering at Old Trafford too. Because if his record so far as manager is anything to go by, he can probably turn water into wine.