Discovery Channel adventurer Ed Stafford has walked the Amazon River, been marooned on an uninhabited island and explored the mysteries of the Danakil Desert. But for his latest adventure he was on home turf and living on the streets.

The number of rough sleepers in the UK has reportedly doubled in the last five years. To find out what it’s really like to be homeless, Ed lived by his wits for two months in three different cities for a three-part documentary 60 Days on the Streets on Channel 4.

In the first episode which aired on Thursday night, it was Manchester’s turn.

The former army captain turned up with nothing but the clothes on his back, a sleeping bag, and camera, he set about getting to grips with his new life, followed at a distance by a film crew.

And it does make for grim viewing as we witness blatant drug dealing during the day and brutal fights late at night.

It’s revealed that Manchester police attended 58 incidents related to the drug Spice in the city centre in just one weekend and as the camera lingers on someone in a zombie-like state, Ed remarks no-one’s paying him any attention “because in Manchester that’s normal”.

On another occasion, Ed is down by the canal where he reveals the streets aren’t so much strewn with gold but human excrement, and later uses water from a café toilet to wash himself.

It isn’t pretty but then there’s no point sugar coating the reality. Manchester might be booming but not everyone’s reaping the benefits – 270 rough sleepers were recorded at the latest official count in Greater Manchester, a rise of 42 per cent in a year.

Greater Manchester’s mayor Andy Burnham has pledged to eradicate rough sleeping in the region by 2020 but Ed doesn’t see much evidence of this until a police officer informs him he’s committing an offence by sitting outside a shop.

“You don’t have to talk to people, you don’t need to have a card or a cup,” he tells Ed. It’s his first and last warning. The next time he’ll be arrested.

Although Ed is filmed rifling through dustbins for leftovers, he later discovers there’s plenty of free food “if you know where to look” thanks to local charities.

He also gets to know some of the rough sleepers. Mark used to be a painter and decorator before his marriage fell apart. He’s been on the streets for seven years and shows Ed the ropes, including his favourite spot to sleep.

As it’s Friday night, Mark wants to head out and make some money before kipping down.

His “gaff” is outside a local kebab shop next to the Millstone Pub in the Northern Quarter. An argument ensues when he finds his patch already occupied.

Ed also meets Deana, a mother of six who lives by herself in comparative comfort.

“I might be homeless, but I’ve got a flipping bed,” she says of her temporary set-up beneath tarpaulin in Piccadilly Gardens.

She goes off “grafting” for money and is seen in the morning “rattling because she needs the first hit of the day,” says Ed. Born to a drug addict mother, Deana says drugs is all she’s known.

Ed is arguably most shocked by how much money there is to be made from strangers.

“There’s a difference between being homeless and a tramp,” says Geoff, a lad in his twenties who hangs out outside The Midland, Radisson Blue and The Ivy and makes £20 in half an hour.

Despite insisting he only smokes cannabis, it transpires he’s a crack addict who became addicted to heroin at 13. He tells Ed he’s trying to make a life for himself but can’t get on the emergency housing list. They plan to meet on the Monday morning so Ed can see for himself why the council isn’t helping him but Geoff’s a no-show.

There’s no denying Ed’s courage and commitment, but some people have argued it’s difficult to know what the programme set out to achieve.

We already know the extent of homelessness, and how it’s intertwined with drug and alcohol abuse, so it would have been more insightful if it had delved further into what’s being done to ease the situation.

“Homelessness is one of the most complex issues faced by the council and as this documentary has shown there is no simple solution,” says Cllr Sue Murphy, deputy leader of Manchester City Council.

She notes that through the Manchester Homelessness Partnership there are numerous charities and organisations which operate in the city to provide support to people who are homeless.

“There are drop-in centres which allow people to get a hot meal or shower, and organisations such as Centrepoint, which focus specifically on helping young people access the support they need to get back into stable accommodation,” she adds. “There are also mental health and drug and alcohol services who work with people to try and encourage them to access the support they need to move on with their lives.

“This is supplemented by Manchester City Council officers working to prevent people from losing their home in the first instance and our outreach team who are on the streets daily, engaging with the homeless community, and trying to find ways to help vulnerable individuals receive the support they need.”

But the stark reality is the individual must want the support in the first place. Two weeks in to his 60 days, and as he prepares to move to the next city, Ed admits he’s already getting used to living on the streets.

“I’m not saying this is the life people would choose for themselves, but I can see how living on the streets pulls you in,” he says.

If you would like to show your support homeless, then you can donate to the Big Change.

60 Days on the Streets continues Thursday nights on Channel 4. 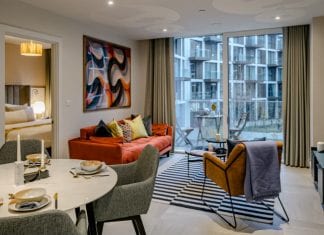