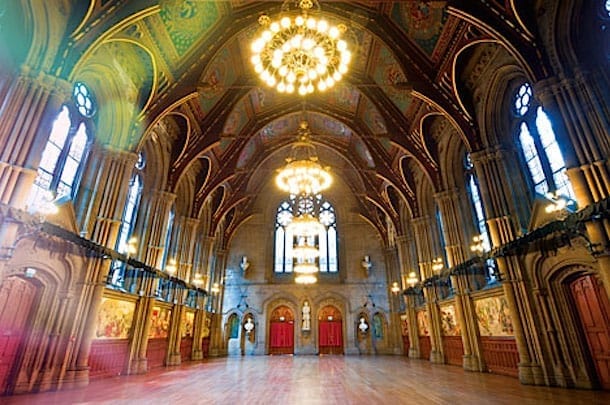 The Houses of Parliament are crumbling away… But what could this mean for Manchester? James Cunningham explores…

An independent report has been published detailing three multi-billion pound options for the much needed refurbishment of the Palace of Westminster.

The current 150 year old home of the ‘Mother of Parliaments’ is basically falling down around the ears of our elected members and peers of the realm. Works undertaken after severe World War II bomb damage haven’t stood the test of time, and the smog of the last two centuries have left the masonry literally crumbling away.

The cheapest and the quickest would see the Houses of Commons and Lords taking turns in relocating out of Westminster. A no brainer, surely – it would save almost £4billion. But it appears our Honourable members are not so keen. Despite a suggested move just across Parliament Square to the QEII Conference Centre, they don’t want to leave their beloved palace. So potentially £4billion more we will spend then.

But what does this mean for Manchester?

Worst case. Parliament stays put and we foot the additional £4 billion in costs.

Clearly this means more money spent, less money for Manchester. It would be very difficult to plot a direct line from any additional spend on the refurbishment, to any further cuts in budget for local councils, but surely £4 billion extra will have to be found from somewhere?

Best case. Parliament moves out. Although the QEII centre has been suggested, there are some calls for Parliament to move around the country; Parliament On Tour if you will. Manchester Town Hall has long been used as a replica of the Commons – could it actually become a temporary home? If it did, the amount of national and international publicity that would come with would be unbelievable. The boost to business in the region would be in the region of millions; not least the bars, restaurants and hotels!

An interesting scenario. The decision is made next year for a possible start after the next election. Watch this space!