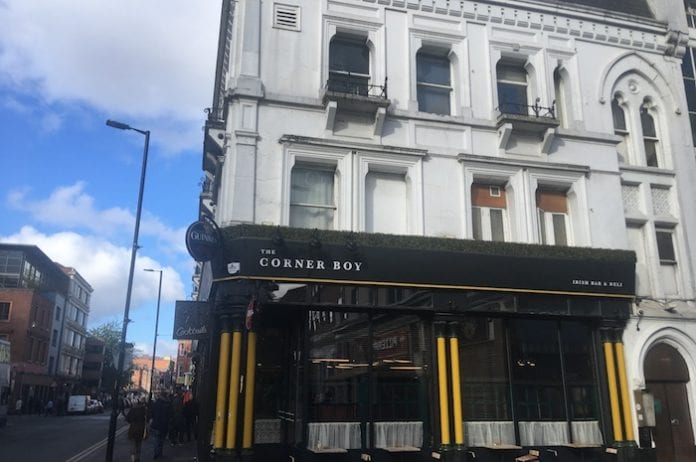 There’s a new Irish bar and deli in the Northern Quarter, following the transformation of the former West Corner diner into The Corner Boy.

The Corner Boy launched at the weekend and is now open seven days a week on Stevenson Square.

It occupies a prominent site in the Northern Quarter – which for years had been occupied by iconic greasy spoon Koffee Pot, before being transformed into hip American all-day diner West Corner in late 2016.

Owned by the team from Hatters Hostel which occupies the neighbouring building, they’ve now gone for the new Irish theme – with evocative dark wood panelled interiors and photos of famous folk of Irish heritage dotting the walls. 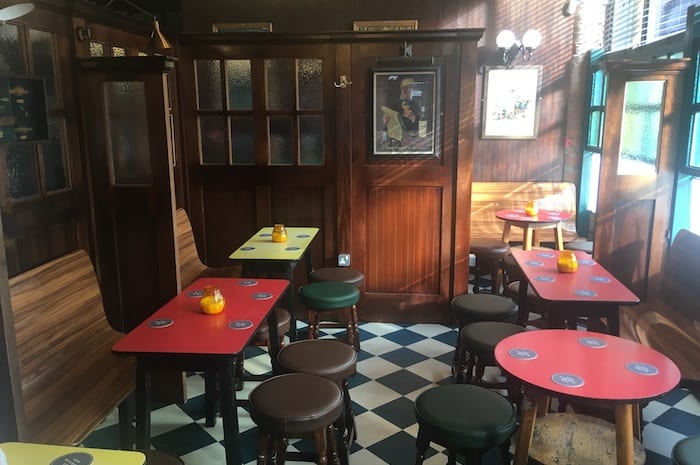 There’s a quirky range of Irish cocktails, including the Culchie Cosmo, Go On Ya Boyo and The Holy Joe, all priced at £7.50.

And what Irish bar would be complete without a range of whiskey cocktails? They include On The Lash made with Bushmills (£8) and That’s Class Clover Club made with Jamesons (£8).

Naturally there is Guinness – and Guinness memorabilia peppered around the venue.

The food menu has yet to be released, but we think the label above the kitchen – “stew corner” – may give us a clue, and we’re expecting a range of traditional Irish treats to be on offer at the Hilton Street venue.

A spokesman for the venue said their food menu will be finalised and launched this week. 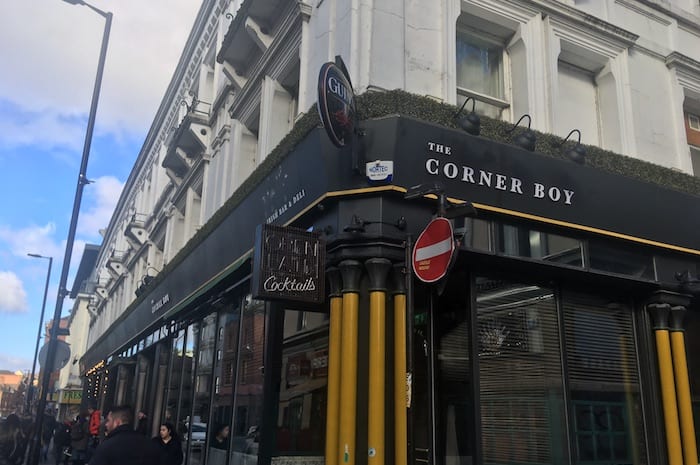