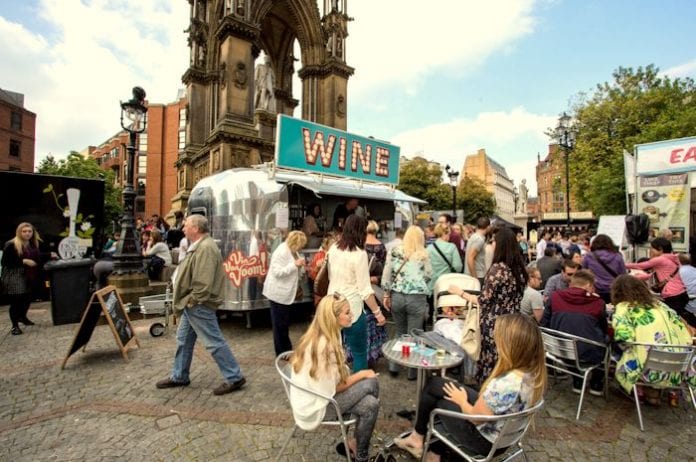 What does Manchester have in common with Canada, San Francisco, Aarhus, Pafos, Bhutan and Minneapolis? They are all on Smarter Travel’s list of the 10 Most Intriguing Places to visit in 2017.

According to writer Christine Sarkis, the reason these places are on the list is that they will be ‘celebrating anniversaries, festivals, easier access, and other new reasons to visit.’

So, for example, it’s Canada’s 150th birthday; the 50th anniversary of the summer of love in San Francisco; and Aarhus and Pafos are both European Capitals of Culture.

And the reasons for visiting Manchester next year? Virgin Atlantic will be launching new routes to Manchester from San Francisco, Boston, and New York. And five new hotels are expected to open. And according to Ms Sarkis, 2017 is the Year of Food and Drink in Manchester.

It’s the first we’ve heard of it.

However, as far as we’re aware, it’s not the Year of Food and Drink in Manchester.  But don’t let that you put you off if you were thinking of coming here next year.

We think 2017 is definitely a great time to come here for the food and drink. Because every year is the Year of Food and Drink in Manchester.