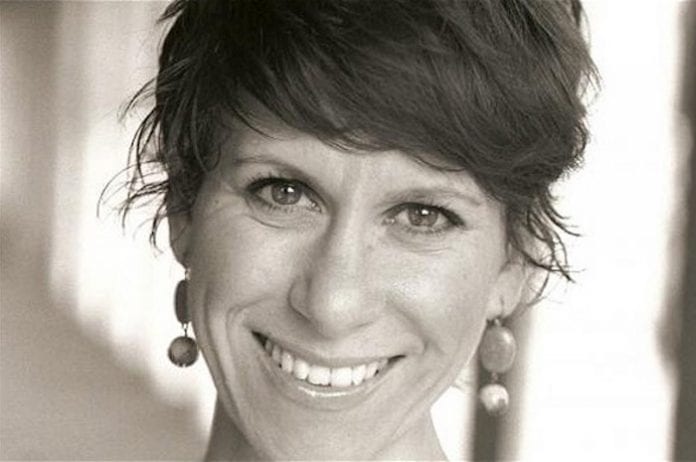 You may have spotted Anna-Jane Casey on the cobbles of Coronation Street recently playing Geri, a woman organising a calendar to raise money for a cancer charity.

Funnily enough, the Salford-born singer, dancer and actress is about to play the lead role in  Gary Barlow and Tim Firth’s touring production of Calendar Girls-The Musical, which stops off at The Lowry this October. We had a cuppa and a chat to find out more.

You recently appeared in Coronation Street. How did it come about?

I had a call from my agent about the casting, which was up at Media City. We were in the process of moving house and at the start, I wasn’t sure I wanted to travel to Manchester to audition. I have two young children and my husband is touring with Hairspray, so it was a logistical nightmare. However, when I saw that the role of Geri was a woman organising a calendar to raise money for a cancer charity, it was like it was meant to be. I had a lovely meeting with the director then got a call the next day to say the part was mine. It was such a great couple of weeks’ work as the crew and other actors are so friendly, kind and welcoming and the Corrie machine is well oiled and fabulous.

What attracted you to Calendar Girls-The Musical?

I haven’t seen the musical or the play of Calendar Girls but I know and love the film. It’ll be joyous to work on something that I don’t have prior knowledge of. I won’t be influenced by anyone else’s interpretation.

Annie (based on the real Calendar Girl, Angela) is on the surface a soft, gentle lady whose heart and life are shattered when her husband John dies. It’s only when she’s at her lowest ebb that she decides to grab life by the balls. She becomes a fighter and agrees to do the calendar that her best friend suggests. I love seeing people turning themselves round when life has dealt them a crappy card so that side of Annie will be great to play. 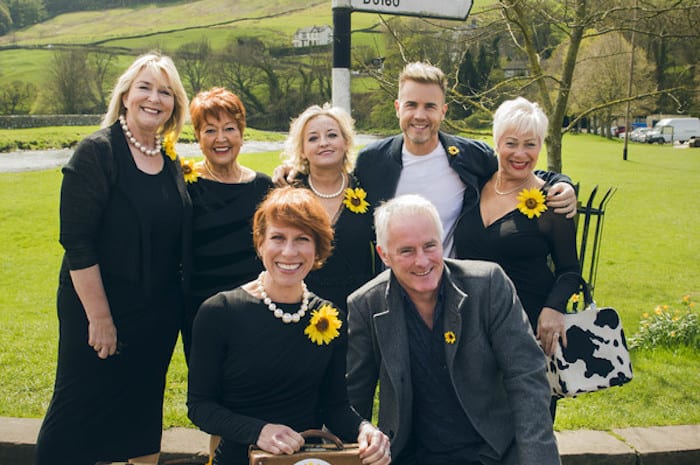 My favourite song at the moment has to be Sunflower that Chris (played by Rebecca Storm) sings. The lyrics and message in the song are wonderful but I’m sure when we get to performing the show, my favourite will change weekly

What have been your favourite stage roles and why?

I played Charity in Sweet Charity at Sheffield Crucible and that was a role I’ll never forget, or indeed ever work as hard doing. And playing Anita in West Side Story was very special because it’s the role where I met my husband.

Are you nervous about the big reveal in the show and what will you do to get through the first preview?

Being a dancer by trade, I’m very rarely dressed, to be honest, so getting my tiny boobs out won’t bother me. I pretty much have the body of a teenage boy so I’ll be fine with the nudity.

The story of Calendar Girls is well known, so what does the musical offer audiences which is new?

There’s a famous saying about musicals that says, “When there are no more words to say, the only thing left is to do is sing,” and this is true of our show. Gary Barlow and Tim Firth have written such stunning, honest, touching songs, that haven’t got that ‘tits-and-teeth’ vibe that other musicals have, so I think our audiences will be completely drawn in by the music. So even if they know the story well, each number will take it to another level for them.

You were born in Salford. How does it feel to come back?

Even though I’ve lived in the south of England longer than I ever lived up north, I still call myself a proud northerner. I was born in Hope Hospital and my childhood was spent in Lower Broughton so I’m a proper Salfordian and chuffed as hell to play The Lowry.

What do you miss about living here?

I miss steak pudding, chips and gravy so I’ll be at Frank Wong’s chippy as often as I can!

Do you have any favourite places that you visit when you come back here?

My parents now live in Rawtenstall so the Lancashire hills will be a joy to see and a couple of years ago, I went open water swimming in the canal at Media City so I’d like to do that again, although it’ll be October so I may be rethinking that.