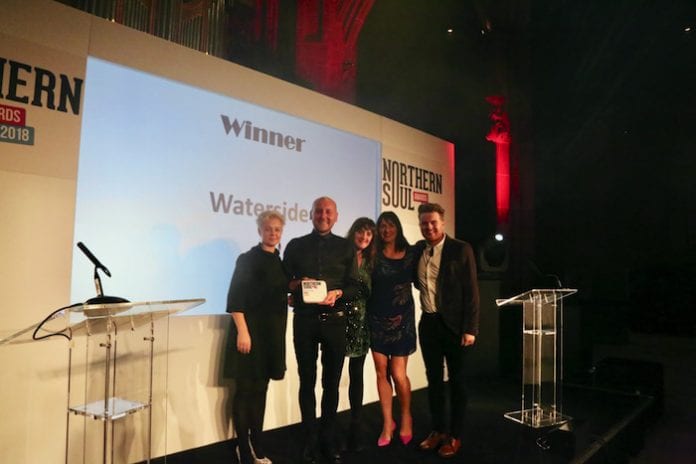 Local arts, performance and events-based venue Waterside has been named Venue of the Year at this year’s Northern Soul Awards.

Up against stiff competition from across the north of England, the thriving arts venue was also shortlisted for the Exhibition of the Year award for Cosgrove Hall Films Archive, and Theatre Production of the Year for Pins and Needles’ The Bear.

Waterside manager Darren Adams told us it was quite a surprise to win the award as the venue is small in comparison to the other venues that were shortlisted.

“It’s a really sort of recognition of all the team’s hard work. Our audiences are a huge part of the reason why we won this award – we have a real loyalty and community spirit about Waterside and what we do here.

“Since I’ve been on board we’ve really invested in the venue and made some significant changes to the spaces that we have and the programme that we offer across all art forms, so it was a very welcome boost to the hard work that everyone had put in to really help get Waterside back on the map. 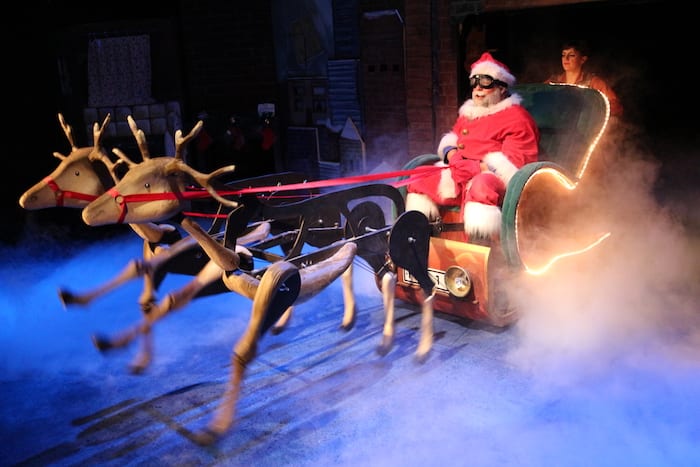 “We’ve been clear about what our direction as a venue us – we really want to be a significant venue in Greater Manchester. We’re taking theatre work that lots of other theatre’s don’t take. In terms of gallery spaces we have lots of great professional artists that we work with – and we’ve been helping build the profile for those artists as well.

“We also work with some really well known musicians,” said Darren, who has been at the helm for just over two years.

“We had the Magic Numbers here recently and Turin Brakes as well. It’s changes to all of the programmes really – our aim is to bring in new audiences and invigorate what we already do.”

Waterside is also responsible for Trafford’s Refract Festival – something Darren brought on board during his first year.

“I really wanted to showcase Waterside to lots of new audiences and excite them, to show them that things are changing. We’ve just had our second festival in the summer – and all of the work is either staged in really unusual spaces or of an unusual nature.

“We’ve had theatre performances taking place solely on a trampoline through the whole show, we’ve had dance commissions in the canal space, we had a dance piece that took place in and around the library just round the corner – every piece of work is just unexpected.”

Waterside is clearly punching well above its weight in terms of what it offers. And as Trafford’s flagship cultural venue, it also plays a key role in the local community, offering opportunities for the community to get involved.

“I think a really good example of that is a group that we have here twice a week – it’s called Wow Colours and it’s a community arts project that we work on that encourages people of all abilities to take part in art activity. They exhibit their work annually as well and many of the adults that come along have learning difficulties as well.

“We have a community choir that takes place every week with around 50 – 60 people. And we have lots of projects that take place for people that have memory loss or learning disabilities. We have Sing and Sign which is a choir for mixed abilities, adults using DSL interpretation and then we have lots of family activities that take place through the week as well – art sessions for kids, baby ballet and lots more.”

There is much more in the pipeline for Waterside, says Darren, withFirst Time, a brand new theatre commission opening next week.

“The piece ties in with World Aids Day – it’s a really exciting piece that’s gathered a huge amount of momentum. Once it’s been staged here we’re hoping to support a tour in the future.

“We have Father Christmas coming here in December, so that’s a big show for us as well. It’s already outsold the previous year’s show.

“And we have some capital investment taking place in the building – the main theatre space is being refurbished over the next year. Our galleries have just been refurbished – they’re opening this evening. We’re investing in the space and making it a very vibrant venue to engage with the arts.” 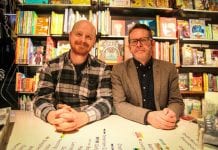 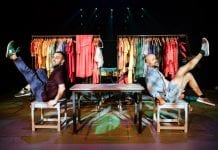 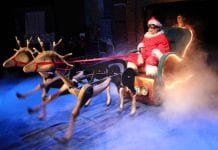