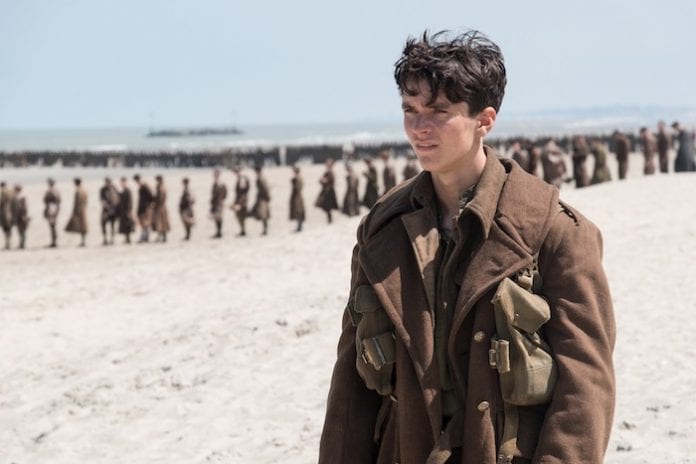 Vue Printworks has announced that to be one of only three UK venues screening Christopher Nolan’s WW2 epic Dunkirk in the director’s preferred 70mm IMAX format when it opens on 21 July.

Movie-goers bracing themselves for Nolan’s much anticipated retelling of the battle at Dunkirk will need to prepare to see the film at a scale no other UK venues outside of London can compete with, as films shown in 70mm IMAX maximise image and sound quality for a fully immersive viewing experience.

Dunkirk stars Tom Hardy, Cillian Murphy and One Direction’s Harry Styles in his film debut, and tells the iconic story of the evacuation of allied troops from the beaches of Dunkirk in World War II.

Having dabbled with this filming method with his previous features such as The Dark Knight trilogy, Nolan filmed 75% of Dunkirk in 70mm IMAX, which fills the screen with brighter and clearer images at almost 10 times the resolution of standard 35mm film projections.

It is only the third major motion picture of the current decade to be primarily filmed and shown theatrically in 70mm, following Quentin Tarantino’s The Hateful Eight and Paul Thomas Anderson’s The Master.

The sound quality is higher with 70mm film projections, so moviegoers can also fully appreciate Hans Zimmer’s score during these exclusive screenings.

Steve Gleave, general manager of Vue Printworks, said: ‘The trailers for Dunkirk have sparked a massive amount of buzz already, and I know Manchester film fans will be delighted to know that here is one of the only places they can watch the movie in the 70mm IMAX format.’