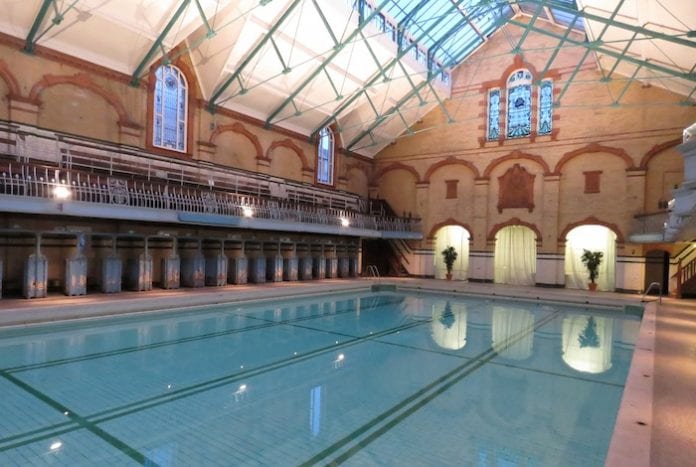 One of Manchester’s most historic buildings, Victoria Baths, will see its Gala Pool packed with swimmers and spectators in a one-off Swimming Showcase event this weekend.

Young people from two local schools and a Water Polo Club will showcase their talents in an evening event on Saturday 7th September to raise funds for the ongoing restoration of Manchester’s Water Palace.

Members of the swimming teams from Manchester Grammar School (MGS) and Manchester High School for Girls (MHSG) will take to the pool, as their predecessors did in years gone by.

Manchester Grammar School held their Swimming Galas at Victoria Baths, with its plentiful balcony seating for spectators, between 1920 and the 1980s. 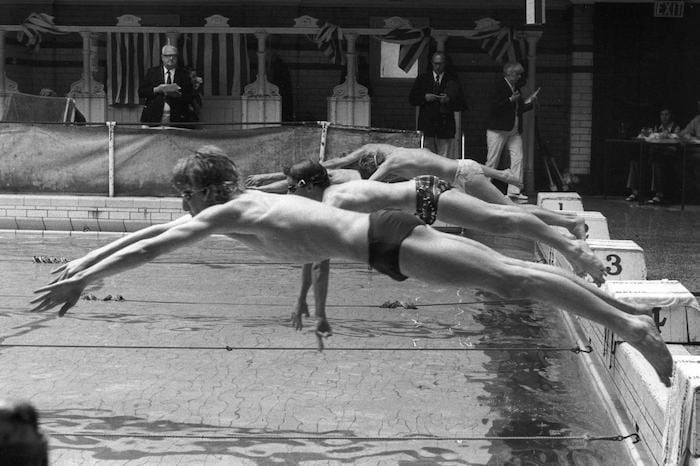 It will come at the end of a day of public swimming at the baths at its Swim for Restoration event. While all places have now been booked to swim in the pool on Saturday, the venue is open from 11am to 4pm for the public to look around and watch the swimming for free at the incredible building on Hathersage Road, Chorlton-on-Medlock.

Tickets are required to watch the Swimming Showcase, which will start at 6.30pm, and are available now.

Chairman of British Swimming, Maurice Watkins CBE, former pupil and now Chair of Governors at MGS, is also a Patron of Victoria Baths Trust and says: “It was always an exciting occasion to come from school to Victoria Baths for our Swimming Championships and it’s so good to see the association between MGS, and MHSG, continuing like this.

“I’m sure the young swimmers will enjoy swimming in such beautiful and historic surroundings.” 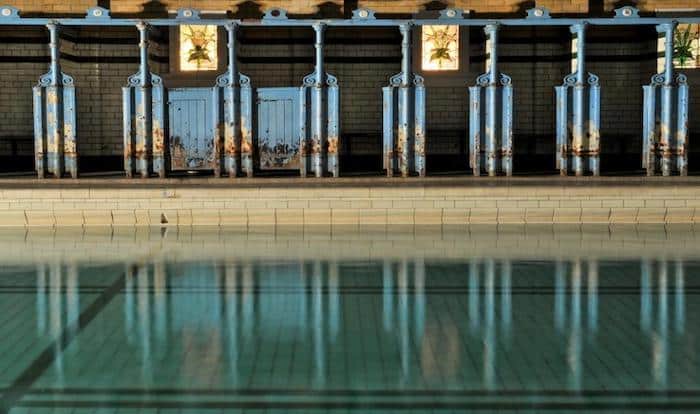 The young swimmers will be followed into the water by some veteran swimmers, who have been invited to take part as winners of Swimming Trophies donated to the Baths’ History Archive by Swim England NW. Amongst these are Steven Mellor, who used to train with the City of Manchester at Victoria Baths back in 1983-1987 and represented Great Britain at the 1992 Olympic Games in Barcelona.

Steven will be joined by Ian Ridyard, who will dive into the pool at Victoria Baths for the first time in 31 years. Ian won the Association Challenge Cup Men’s 400m Freestyle at Victoria Baths in 1984 and 1985 and also happens to be the great great nephew of Joseph Derbyshire, the first general superintendent of baths and washhouses in Manchester, who lived with his family in the flat on the first and second floors of Victoria Baths.

And finally, Stretford Water Polo club will showcase their talents, in a nod to the heyday of Victoria Baths, when, in the words of former player Dr Hans L. Eirew, now aged 94 and living in South Manchester, the water polo teams of the 40s and 50s were “every bit as good as today’s City or yesterday’s United!  It was a very, very popular thing and the Gala Pool would be absolutely packed to the rafters.” 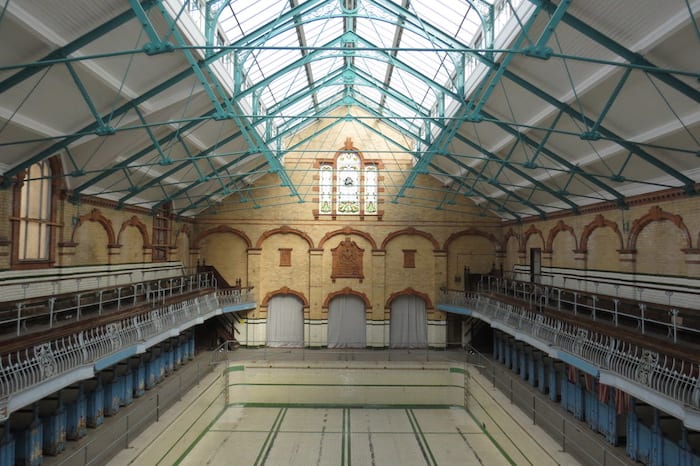 The weekend will also be the first opportunity for the public to view a brand new exhibition, commissioned to tell the story of Victoria Baths from its opening right through to its closure and partial restoration.

On special loan from Dover Museum will be the original two-piece swimming costume designed by Sunny Lowry for her channel swims in 1932 and 1933, with her flag, featuring the Manchester bee motif and Lancashire roses, sewn specially for the occasion.

A number of other items from the Baths’ History Archives will be displayed for the first time, including a replica of the “Save Victoria Baths” protest banner painted on a bedsheet.

All the money raised from the Swimming Showcase will go towards Victoria Baths Trust’s long-term fundraising, which aims to bring back into their original use some of the building’s historical features, including the Turkish Baths.

United Utilities are supporting the event by providing over 400 cubic metres (equivalent to 90,000 gallons) of water to fill the pool, at no cost to the Trust.

Tickets for the Swimming Showcase event are on sale via Eventbrite. 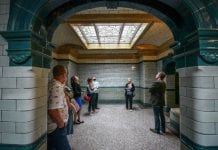 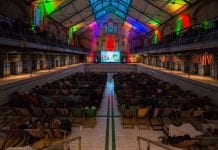 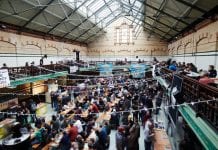