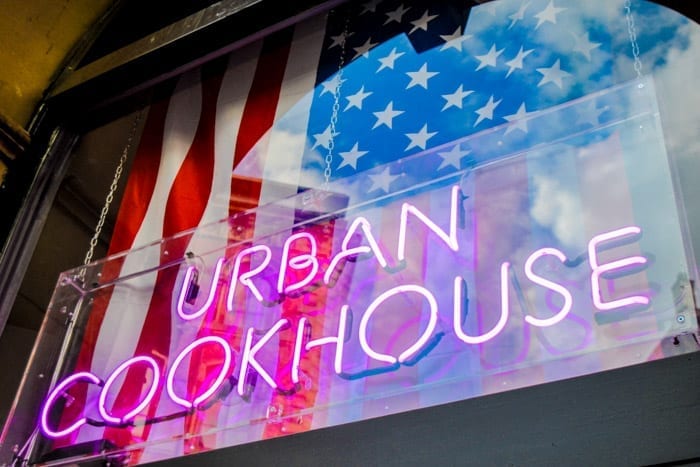 Urban Cookhouse is an American-style eatery offering a sophisticated take on the cosmopolitan flavours of downtown New York and is one of Manchester’s newest independent bar/restaurants.

The recently launched menu brings a taste of downtown New York to Princess Street offering classic American-style dishes such as the Urban Legend Burger, the 125th Street Sub and Cookhouse Frank, and more exotic flavours such as Thai Green Hake.

Proprietor Tim Coulston said, “We love a good party here at Urban Cookhouse, so what better way to celebrate our independence as a business and showcase our fantastic New York inspired food and cocktails – it just had to be an Independence Day Party!”

You don’t have to wait till Independence Day next year to enjoy Urban Cookhouse so get yourself booked in, and don’t forget they offer a fantastic lunch deal with any main dish plus a drink for just £9.95, everyday.