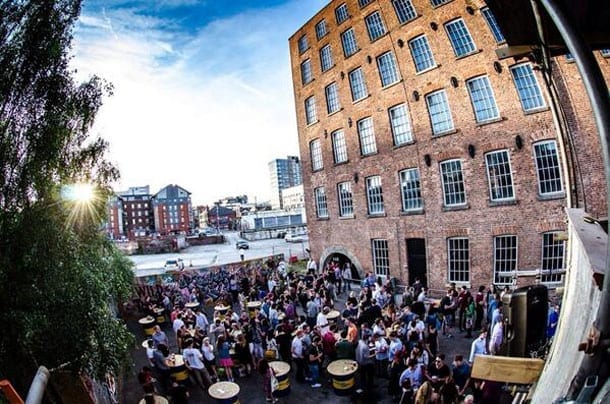 It’s hotting up on the street food scene, as Beat Street launched Up In Your Grill at Brownsfield Mill. The opening weekend was teeming with Manchester’s foodies, but it marked a bit of a step on from Friday Food Fight and demonstrated how popular this kind of event could be on a more permanent basis.

Yes, it’s a good placemaking tool for the owners of Brownsfield Mill (where they used to make aeroplane rotor blades), but actually, these venues are starting to really click with this sort of gig.

I hear there may be a more permanent arrangement once the ten week summer run has finished. Fingers crossed.

Inevitably though, some infighting has started. Organisers, traders, venues – as the stakes get higher, so the interest builds. A recent Twitter debate raged about the ‘ethos’ of the street food movement, and whether it was about the food, the money, or somewhere in between. As one tweeter put it: ‘street food in Manchester is for the middle classes – don’t try and kid yourself any different.’

If it leads to fledgling traders becoming established operators, all for the good. But those who want a free pass into one of the most difficult businesses in the market might get something of a shock.