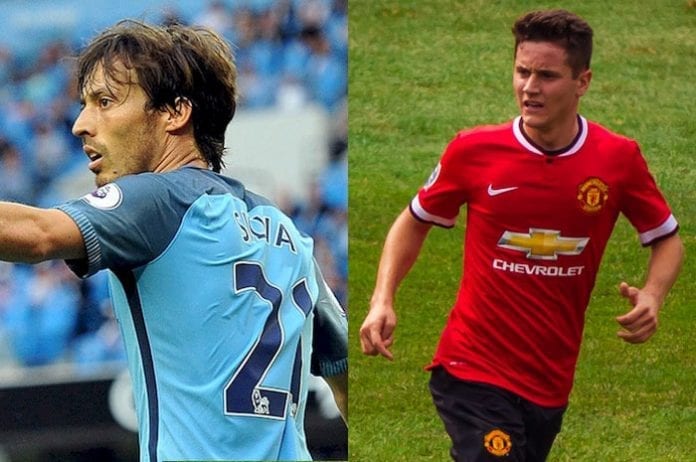 Players from Manchester United and Manchester City are set to go head to head this month  as public voting opens in the tenth annual Northwest Football Awards.

The Northwest Football Awards celebrate the region’s footballing elite and pay tribute to those who have achieved footballing excellence both on and off the field in the 2016/17 season.

And City’s Phil Foden and United’s Angel Gomes are both contenders for the Rising Star of the Year award.

Former City player Manchester City’s Lucy Bronze, who recently signed for Lyon, is a contender for Female Player of the Year.

The players now need the backing of their fans around the world to vote for them ahead of this year’s awards ceremony.

The Northwest Football Awards recognises football excellence from the men’s and women’s football leagues from Conference though to Premier League.

Laura Wolfe, managing director of Wolfesport and the Northwest Football Awards said: “As a region, we continue to be seen on the international stage across all levels of the game, from Manchester United’s Europa League victory to Blackpool’s playoff success and Manchester City Women’s’ incredible domestic treble.

“We’ve introduced a new category for the Fan TV this year, in recognition of the meteoric rise in popularity of this new platform, which gives football fans the opportunity to air their opinions in a whole new way.”

Voting for all categories is open until noon on Friday, 13th October. Fans can cast their votes and view the full list of nominees here.

All awards, including the coveted Manager of the Year and the Lifetime Achievement accolade, will be announced and presented at the Northwest Football Awards at The Point, Emirates Old Trafford on Monday, 13th November, hosted by the BBC’s Dan Walker.