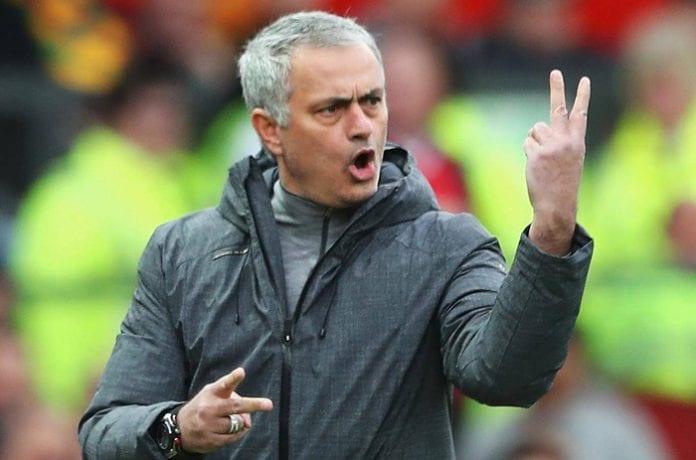 WTF? Seriously. WTF? We’ve been subject to some terrible performances and bored to death by aimless passing for a while now, but surely this is a new low.

Let’s put this into context. Sevilla had never won a Champions League game in England before last night’s catastrophe. They lost 2-0 away at Leicester last season and had won only one of their last 12 Champions League away matches. To come to Old Trafford and win was truly something special for the Spaniards.

It’s truly something else for United.

United now haven’t made the last eight of Europe’s premier competition since 2013-14. In that time Real Madrid have won the competition three times. On current evidence, winning the Europa League last season is about our European level.

FT 1-2 Embarrassing, Mourinho got it all wrong, piss poor performance all round! #ucl #munsev #mufc pic.twitter.com/f2K3xiNtI8

And that’s embarrassing for a team that’s had over £300million spent on it in the last two years. Even more embarrassing is the manner of the defeat and the negative approach against a team that were there for the taking.

To start a must-win home match with a midfield partnership of Nemanja Matic and Marouane Fellaini shows a woeful lack of ambition.

To have the likes of Alexis Sanchez, Marcus Rashford, Romelu Lukaku and Paul Pogba involved without an attacking idea between them, shows a worrying lack of coaching ability within the club. As well as a disgraceful waste of attacking talent.

Only one man to blame for me tonight..

And for the manager (Jose Mourinho) to come out and say this is nothing new flies in the face of everything that’s expected for the figurehead of this club.

Yes, we’ve been here before with some terrible results in Europe. Losing to Bayer Leverkusen in the semi-final in 2002, Bayern in the quarters in 2001 and the group stage catastrophe in 2005-6 all spring to mind. But this feels much worse.

Around all those low European points were a few Premier League titles thrown in. 2001 was the third season in our first three in a row, and after the poor performances in 2005-6 we again went on to win three Premier Leagues in a row.

What’s next for this team looks like disintegration rather than reinvigoration. Surely our only world class player David de Gea will be questioning his long-term future. Why wouldn’t he? With Real Madrid sniffing around and United’s current level, it’s a good move for the Spaniard.

If the rest of them go, it wouldn’t necessarily be a bad thing for the team. And that goes for the manager too.

We’ve written so much about Mourinho this season (we even praised him for showing the United way in the win against Liverpool), but the story is always all about him. And very rarely in a good way.

So let’s be frank. We’re a poor side with no balance. We have an egotistical manager with an overreliance on workhorses and a lack of knowledge of how to get the best out of any attacking players.  We’ve got a board more concerned with the next sponsorship deal than running a proper football club.

We’ve also got a squad full of modern day footballers who spend their time dancing on social media or posting heartfelt messages about how disappointed they are after a defeat rather than facing their own deficiencies and working together to achieve something like a winning team.

Put simply, we’re in a mess. Oh yeah and it looks like City or Liverpool will probably win the Champions League.