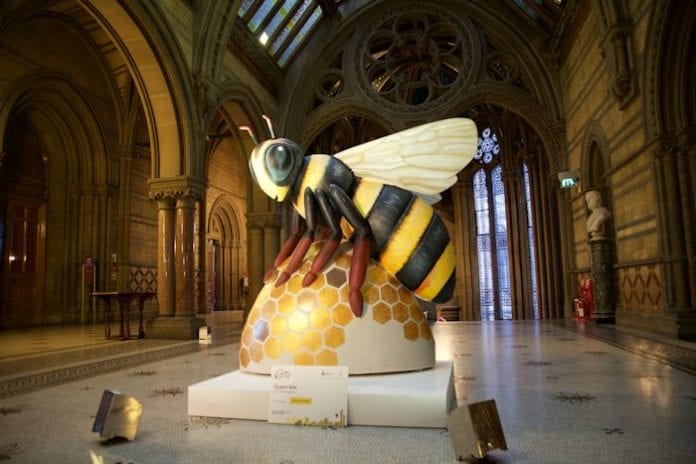 Over eighty giant honey bees will be winging their way to Manchester next summer.

But there’s no cause for alarm. The super-sized bee sculptures will be one of the biggest public art exhibitions the city has ever seen.

The Bee in the City world-class sculpture trail is inspired by Manchester’s celebrated worker bee emblem.

It will be on display throughout the city from July to September 2018 for locals and visitors to enjoy whilst taking in the city’s landmarks, cultural gems and areas they may not have explored before.

Each super-sized bee sculpture will be created by professional and amateur artists and decorated with its own unique design. 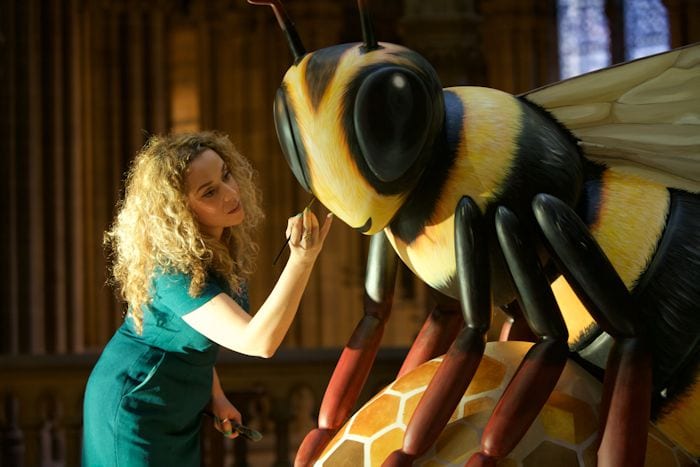 Local community groups will also be invited to make their own special contribution to the trail – working with artists to develop and realise their own artistic ideas.

Bee in the City will give all Manchester’s communities the chance to take part and explore individual and collective creativity. For the local business sector there are opportunities to be the trail’s main sponsor, to sponsor individual sculptures and to support the Learning and Community Programmes.

The sculpture trail is expected to attract hundreds of thousands of visitors to the city and boost the local economy.

When it ends, the bees will be auctioned to raise funds for the We Love MCR Charity to improve the lives and life chances of Manchester people.

The very first bee, named Queen Bee, was created by Manchester artist, Jodie Silverman, who told us: “The bee really has become a symbol of Manchester’s resilience and I’m so happy to be a part of that.

“The brief for this first bee was to create a very recognisable, classic bee – but it’s also so much more than that. Working on the Queen Bee, I really got a feel for the city and I hope people see it as a symbol of what we stand for.”

Speaking at the launch event, Lord Mayor Councillor Eddy Newman championed the project. “The Manchester bee has gained a new meaning and a new importance to us since the terrible incidents in May – this project allows us to take huge ownership of it”, he said. “I think this will become the most significant and popular art project the UK has ever seen.”