Louder Than Bombs was The Smiths’ 1987 compilation album which featured Salford playwright Shelagh Delaney as its cover star.

Louder Than Words, on the other hand, is the UK’s biggest in conversation event, a festival that celebrates the power of words and music in a series of conversations and panels about music books, music and the art of writing.

Now in its fifth year, Louder Than Words is the opportunity to get up close and personal with key musical and literary figures.

Featuring everything from music writers like Paul Morley in conversation to in-depth interviews with original punk culture pioneers such as Jordan – the star of Malcom McLaren and Vivienne Westwood’s SEX boutique in London – prepare for music culture to bare all.

It’s the type of festival that tackles life’s big questions head on. Questions like ‘Is punk dead?’ ‘Can lyrics be poetry?’ and ‘How on earth do I make a living from music?’ which will be the subject of a writing panel discussion.

The packed three day weekend programme has more than 40 separate events and kicks off on Friday with Jah Wobble of Public Image Ltd talking about his journey through popular culture, an in-conversation event with ultra-Mod Paul ‘Smiler’ Anderson, and drinks a-plenty in the beautiful hotel bar.

Saturday’s highlights include Rat Scabies talking about life in The Damned, Steve Ignorant of Crass, a women and subculture panel discussion and a conversation event with Horace Panter of The Specials.

Another unique opportunity is the chance to hear Celeste Bell talking about her late mother Poly Styrene, the star of 1970s punk rockers X-Ray Spex.

And Sunday is definitely not a day of rest with lots of events to choose from including Paul Hanley talking about his new book Leave The Capital, a story of Manchester music, Miles Hunt of The Wonderstuff in conversation and Robert Forster talking about life in 80s sensations The Go-Betweens.

Across the weekend there will be panels discussing and decoding topics including the rave scene, the vinyl revival, black female voices in Manchester music, 60s counterculture, punk and the spirit of ’76 and even how not to publish a book about music.

It’s co-curated by two key figures who live and breathe music culture – Dr Jill Adam, the originator of the festival concept, and John Robb, frontman of punk rock band Goldblade, bassist in the Membranes, boss of Louder Than War and the man who first interviewed Nirvana and coined the word Britpop. So you’re in good hands, that’s for sure.

Tickets are available here as weekend passes, day passes or event tickets, ranging from £7 for an event to £65 for a pass to the whole three-day weekend (£59 early bird). 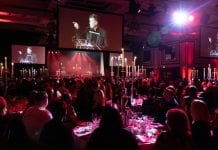 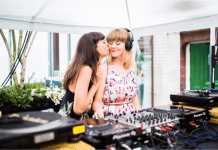 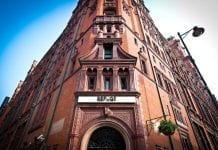