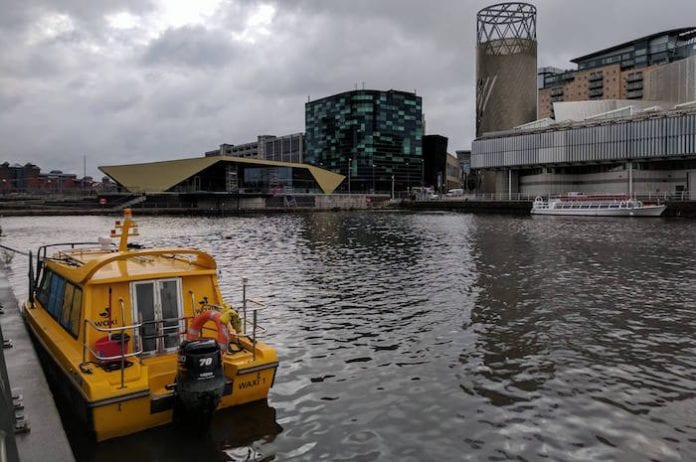 Soon you’ll be able to travel between two of the most stylish locations in Greater Manchester courtesy of a new water taxi route on the Manchester Ship Canal.

The bright yellow boats known as waxis will travel between MediaCityUK and Spinningfields  thanks to a new partnership between Manchester Water Taxis and Henri Lloyd.

The local clothing brand will be supplying the team with the latest technical marine outfits to protect them from the elements.

You’ll be able to hop aboard the Henri Lloyd waxi at The Alchemist MediaCityUK and travel to the Manchester Marriott Victoria & Albert Hotel in Spinningfields in under 30 minutes.

When you travel from MediaCityUK, you’ll be able to hop on the waxi at a newly created transport interchange between the water taxi, tram and bus every hour from 7am.

The Henri Lloyd will depart Spinningfields every hour from 7.30 am, so taking the taxi to work really will be possible.

The service is set to carry on well into the evening, making it perfect for mixing and matching your favourite destinations on a night out.

“This additional route has been put in place to meet the demands of people wanting to travel between the hugely popular MediaCityUK at Salford Quays and Spinningfields,” said Manchester Water Taxis founder Steven Cadwell.

“It’s something that will appeal to a lot of people who want a different way to travel between both locations for either work or leisure. We know our roads are getting more and more congested, and more people are seeking alternative forms of transport.

“The Henri Lloyd waxi not only offers a practical solution but also one which is a fun and relaxing alternative to sitting on a tram, bus or in the back of a taxi.”

Tickets can be bought in advance of the launch via the website or via their app which you can download by searching for ‘waxiMCR’.

Remember to use voucher code ‘waxi2work’ at time of booking for a special introductory rate which makes travelling on the Henri Lloyd waxi throughout October cheaper than the tram. Get on board today. Just sit back, relax and enjoy the ride. 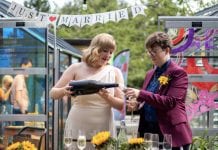